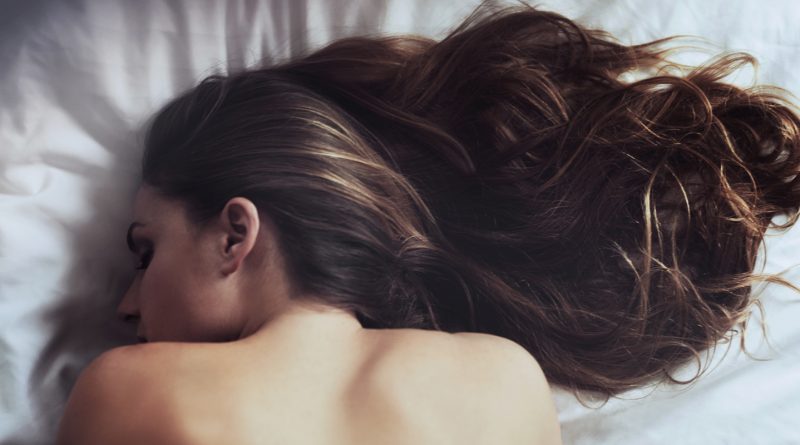 Think you’re out the ‘getting an STI’ danger zone now that group trips to Ayia Napa in a group of 10 friends wearing matching ‘squad’ hoodies are behind you?

Not so fast. Because between the significant rise in reported cases of syphilis and gonorrhoea (20% and 22%, from 2016 to 2017, respectively) and the vast numbers of the infections that do get diagnosed every year (420,000 in the UK, annually) it’s clear that staying safe is tricker than you might think.

And it’s why getting dosed up on STI symptoms in women is so important.

From STI treatment to the most common STIs to watch out for, here’s your sexual health need-to-know.

First off, what is an STI, anyway?

Although STI and the new acronym SAI (Sexually Acquired Infection) are increasingly preferred. We’ll be using STI throughout – when it comes to sex, life’s complex enough.

So, an STI, quite simply, is an infection that is typically passed between two people through unprotected sexual shenanigans – and that doesn’t just mean penetrative sex. That’s right, hand and blow jobs and nondescript grindings put you at risk, too. And let’s not forget the sharing of dildos and other sex toy accessories. Basically, if you touch infected skin – or touch something that has touched infected skin – that’s you playing the sex equivalent of Russian roulette. Because, as sexual health nurse and author of Sexplained Helen Knox says: ‘there’s no one size fits all’ when it comes to the causes of different STIs. ‘Different STIs have different potential infectivity,’ she says.

‘The main cause of most STIs will be a bacterial infection. ‘This is the case for chlamydia, gonorrhoea and syphilis. But others, like trichomoniasis, are caused by a parasite, while scabies and pubic lice are caused by lice and mites. HIV and Hepatitis A, B and C are blood borne viruses.’

So even if you haven’t had –or are planning not to have– sex you should still be aware of what STI symptoms in women look and feel like.

Your chances of catching an STI: the data

If you’re sexually active, have had more than one sexual partner, and your partner has, too, then you’re at risk. Meet the stats:

• According to Public Health England, one in four STI cases occur in London – that’s 100,000 people affected per year in the capital alone. And the City’s not alone; STI cases are highest in urban areas.

• In 2015 (the latest figures to hand from the Family Planning Association – FPA), chlamydia accounted for 46.1% of all STIs diagnosed; and 70% of those cases were female.

• Genital herpes and genital warts are most common among the 20-24 age group. Overall, women account for 63% of genital herpes cases.

• Instances of gonorrhoea – an STI which is becoming resistant to antibiotic treatment – have increased every year since 2008, and was up 11% between 2014 and 2015 alone.

So, what are the symptoms of STIs in women?

Annoyingly, some of the most common infections may not cause symptoms at all. So, you could be harbouring one without even knowing it. Meaning, yes, it could develop into something more serious, too.

‘If left untreated, some STIs can lead to infertility and other medical problems,’ says Knox. ‘They may increase your risk of acquiring another infection tenfold and, if left untreated, some may even lead to life-threatening conditions.’ Which is why it’s important to know what vaginal health looks like for you.

No surprises that the most common STI is also the easiest spread. It’s also an STI in which the STI symptoms in women are subtle, at best. ‘Very few people who are infected will even know about it,’ says Knox. Great.

So, what to look for, if you are one of the ‘lucky’ ones to have warning signs of the infection? ‘In women, chlamydia can cause pain or a burning sensation when you pee, abnormal vaginal discharge – this may be clear or yellowish in colour – pain in the lower abdomen during intercourse, heavy periods and irregular spotting.’

Think you might be in the club? Chlamydia can be diagnosed with a urine or swab test of the infected area – either at a sexual health clinic, GUM clinic, GP surgery, or via an at-home testing kit, if you’re feeling shy – then treated with a course of antibiotics.

Order home testing kits for all the major STIs from letsgetchecked.com. Then take the required samples in the comfort of your own home and pop them in the post direct to the lab, in a pre-paid envelope. You’ll get the results a couple of days later and a personalised treatment programme. Saves the cringe-worthy scenario of passing your boss at the clinic. Prices start from $90.

As with chlamydia, not everyone will experience symptoms – 50% of women will be completely unaware that anything’s wrong. For those who do get the warning signs, though, expect pain when you pee, pain during sex, irregular bleeding and heavy periods and, you guessed it, watery, yellow or green discharge.

In the eye, redness, sensitivity to light and a pus-like discharge. Grim. Left untreated and it’s just your underwear that suffers but your fertility too. Plus, you putt yourself at risk of serious health problems including Sexually Acquired Reactive Arthritis (SARA), and heart, spinal cord and liver issues.

If you’ve any concern, take a test – a urine sample or swab will do the trick – and a course of antibiotics should restore vaginal health. But the key word there, is should. ‘Gonorrhoea has become multi-drug resistant,’ says Knox. ‘And in a few cases, it doesn’t even respond.’ Prevention vs cure? See below. It’s a no brainer.

Feeling itchy? What is it about the word lice or crabs, as this STI is also known, that makes the skin crawl? They’re your bush’s equivalent of nits and, at a mere 2mm long, they’re just as much of a bugger to spot. The tell-tale STI symptoms in women include the need to continually scratch your crotch – impossible to do discretely in public, inflammation of said area and you may, if you look carefully, notice black powder on your panties or spots of blood (bites) on your skin.

But before you go booking a Brazilian wax or shave everything off, think twice; American researchers found that ‘high-frequency groomers’ were 90% more likely to have lice – and other STIs.

Once you spotted the little blighters, wage war with an insecticide cream, lotion or shampoo (don’t forget it’s not just the lice you’re after, but their soon-to-hatch eggs, too) and nuke your sheets, towels and clothing on a 50C or hotter cycle because, yes, lice can also be spread this way. Don’t let those bed bugs bite.

They’re not attractive on your hands or the soles of your feet. And, surprise surprise, these small fleshy growths don’t look any better when they’re scattered like mushrooms around your lady garden (or bumhole, soz).

To treat genital warts you need a prescription cream, not a home remedy. Over-the-counter wart treatments won’t work as genital warts are a different strain of HPV. You’ll need to be persistent – they can take weeks, sometimes months, to clear up.

It’s the STI that Ridley Scott’s dreams are made off; tiny mites that burrow into the skin to set up shop and feed off their human host. Expect to find the itchy red rashes associated with these beasties in moist areas – think breast and buttock creases. Like with any house move, the settling in period takes time – you’ll likely first notice STI symptoms eight weeks after sexual contact (or simply sharing a bed, towel or clothing with someone infected).

Most outbreaks occur in winter and, at a time when immunity tends to be low, can easily develop into crusted scabies, which is the result of a how-many-mites-can-you-squeeze-into-a-matchbox-type house share. And the answer, according to the British Skin Foundation is thousands. Evict them as you would pubic lice. With force.

Think of this as your nether region’s equivalent of the cold sore. The cause is the same – the herpes simplex virus (HSV) – and so are the STI symptoms in women: small painful blisters or sores that may be itchy and tingly (not in a good way). Depending on their positioning, they may also make it painful to urinate.

Like other cold sores, the virus remains dormant most of the time but can be coaxed into reappearance by triggers such as stress and anything that lowers the immune system (lack of sleep, poor diet). Kind of like Gillian McKeith. And, very much like McKeith in I’m a Celebrity, Get Me Out of Here, there’s no escape.

Once infected with HSV, that’s it; it’s yours for life. But with two-thirds of the UK population under the age of 50 having it, you won’t be alone. ‘Genital herpes is so common these days it’s important to remove its stigma,’ says Knox. ‘Antiviral medicines such as Aciclovir, which is prescription only, can help to shorten the outbreak. The Herpes Viruses Association is a useful source for support.’

It’s no surprise then that STI symptoms in women include itching around these areas and pain when you pee. You may also develop a frothy, yellow-green, fishy-smelling discharge but, as half of women experience nothing, it’s best to play it safe and take the swab test. Even more so, based on research published in The Journal of Infectious Diseases, which found that women with trichomoniasis are at about 50% more likely to get HIV. Visit your GP for a prescription of antibiotics.

This bacterial infection hits its prey in three stages. The first – 10 days to three months after infection – shows itself as small, painless sores and ulcers around the vagina, mouth or rectum; next, after these sores have healed, expect growths similar to genital warts and red rashes on your palms and the soles of your feet.

Then…nothing. Eerily for the years that’ll likely pass between stages two and three – which is when the condition can seriously damage your heart, brain and nervous system – symptoms will be nada.

Syphilis may perhaps be most associated with absinthe-drinking historic figures (Van Gogh, for example) but it’s a condition that’s still rampant today – Public Health England reported a 76% rise between 2012 and 2015. Treat it with antibiotics.

Even though Public Health England statistics reflect the natural inclination towards this being a male problem one-third of people receiving HIV specialist care in 2015 were women. According to the HIV and sexual health charity the Terrence Higgins Trust, HIV is one of the fastest growing serious health conditions in the UK with an estimated 101,200 people living with the condition.

After a period of flu-like symptoms, the STI symptoms in women (and men) disappear and, although there’s no cure, early treatment with daily antiretroviral drugs should stop the virus replicating and developing into AIDS-related illnesses.

And how can I prevent an STI, in the first place?

It’s simple. Play safe with condoms. They are your secret (and only) weapon when it comes to avoiding the spread. ‘By continuing to have unsafe sex, women are putting themselves at unnecessary risk and, because the symptoms may not appear or may come and go, it doesn’t mean you’ve not been infected,’ confirms Knox.

And then what? Well, aside from the symptoms of STIs in women and the treatments already discussed, there comes the matter of informing all previous sexual partners within at least a two-month period. #awkward.

Further down the line? ‘Take time to get to know someone before exchanging bodily fluids with them,’ says Knox. ‘And ensure you and your partner get tested before you even think of not using protection.’

Not to be killjoys, but this is advice worth heeding. Now, go forth and live your best STI-free life.

Think you’ve one, or more, of the symptoms of STIs in women? Check in with your local sexual health clinic or book in with your GP. 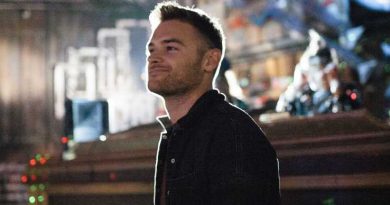 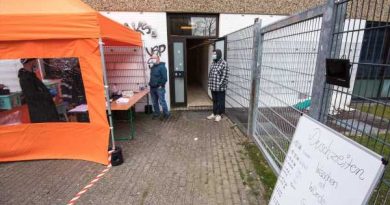 Free showers: indoor pool opens its doors for the homeless 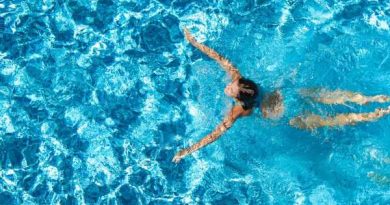 The swimming pool smells of chlorine? The disgusting reason