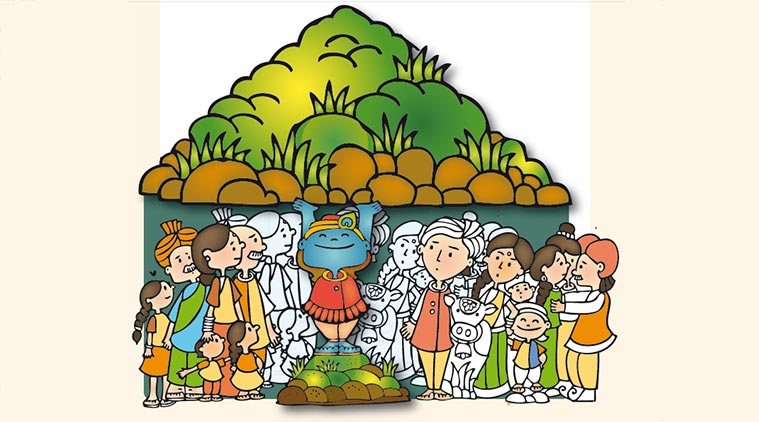 "It was a pleasant morning during the monsoon season. Krishna woke up to hear the sounds of people chattering happily and singing songs in praise of the rain god Indra. When he peeped out of the door, he saw them decorating the paths with flower garlands and lamps." 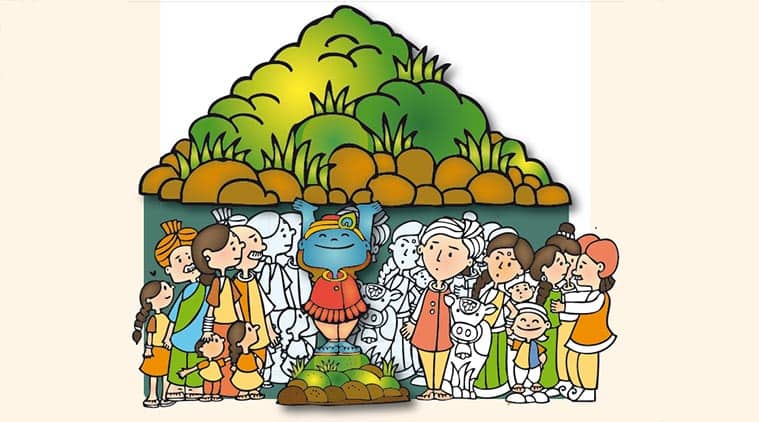 Krishna Janmashtami 2019: Govardhan Hill stood tall and proud in the lush green region of Vrindavan. Krishna and his brother Balaram loved to run up and down its slopes with their friends. They would climb trees, play hide and seek in its caves and splash about in the ponds. They also took their cows to graze on the tender, sweet grass that covered the hillsides. When the rainy season arrived, Govardhan Hill became even more beautiful, with different types of herbs and blooming flowers spreading their scent in the air.

It was a pleasant morning during the monsoon season. Krishna woke up to hear the sounds of people chattering happily and singing songs in praise of the rain god Indra. When he peeped out of the door, he saw them decorating the paths with flower garlands and lamps. He watched them hurrying to and fro, dressed in their best, carrying baskets of sweets and fruit, pails of milk and pots of curd.

His father Nand was busy along with the others. When he saw his young son watching curiously, Nand said, ‘Come along, Krishna, come and help us.’

But Krishna asked, ‘Pitashree, what is going on? Why have the people left all their work aside to decorate the village? Is there some celebration today?’

‘It is time for the annual puja for Lord Indra,’ replied his father. ‘The people of our village are making arrangements for a grand ceremony. They are gathering all the items they need so that the ritual can be performed in the best way possible. That will please Indra.’

‘But why do they have to do it?’ Krishna asked.

‘My son,’ said his father, stroking his head lovingly, ‘in Vrindavan, we are all farmers or cowherds. We need rain so that our crops grow well and there is plenty of grass and fodder for the animals to feed. The rains have been good this year and the crops and the grass are growing well. If these prayers and offerings please the rain god, he will be kind to us and continue to send plenty of rain.’

‘I don’t think that is right!’ Krishna cried.

‘It’s not Indra but Govardhan Hill that brings us good rainfall. When the moist air rises up to the top of the hill, it turns into rain.

‘Govardhan Hill also provides us with fresh grass which makes our cows give the best milk. And then, all the villagers work so hard tending to the cattle and taking care of their fields. Isn’t that enough to make the god happy? They should not perform this useless ceremony.’

Krishna’s remarks caught the attention of some of the villagers. When they noticed that his father Nand was looking thoughtful, they gathered around.

‘What is it, Krishna?’ asked the village headman. ‘Is something bothering you?’

‘Yes, uncle,’ Krishna said in an urgent tone. ‘You get up early in the morning and break your backs to dig the earth and make it ready for planting seeds.

‘You toil in the hot sun to weed and manure your crops. You sweat and slog to raise a harvest. We also walk far to find the best grass for our cattle. Now on top of this you have to put in more effort to make the rain god happy. Why do you need to do this? Your hard work should be enough to please Lord Indra. He should bless you for your toil. And actually it is Govardhan Hill that gives us rain. We should worship the mountain instead of Indra.’

The people’s eyes opened wide. They looked at each other as if they had made a new discovery.

‘Krishna is right,’ said an old woman. ‘It is Govardhan who gives us many blessings.

‘And if he is a kind god, Lord Indra should see how hard we work and send us rain as a reward.’

‘Truly spoken,’ said a man. ‘Let us forget the rituals and go back to our fields.’

Thus the people of Vrindavan did not perform the usual rituals to please the rain god. Indra was watching from the heaven above, waiting for the annual ceremonies in his praise. When he heard all this, he became furious. ‘They are listening to a little boy’s silly talk and ignoring me-the great king of the gods, the one who has brought the life-giving gift of rain to them. I will teach these arrogant people of Vrindavan a lesson,’ he shouted.

‘I will give them such a punishment that they will never forget that I am a god to be feared.’

Indra flung his deadly thunderbolt into the sky. He sent for his most fearsome clouds. ‘Go with all your speed to Vrindavan,’ he commanded. ‘Give them a taste of my power in a manner they will never forget!’

Within minutes, thousands of clouds darkened the sky over Vrindavan. The sun was completely blotted out.

And then rain began to pour down. It rained and rained. It kept raining for seven days and seven nights without stop. The thunder rolled with a terrifying sound and lightning flashed threateningly. The frightened people rushed for shelter. But there was no shelter because the rain poured down with such awful force that people’s huts began to be washed away.

Worse, the rivers rose and the whole region became like the sea. The helpless people didn’t know what to do. Their cattle were also bellowing with fear and dashing about in panic.

‘What will we do? Where should we go?’ was the cry heard from everywhere as the drenched people tried to save themselves.

Then someone cried, ‘It’s all Krishna’s fault!’

Immediately, others voiced their opinions.

‘Yes,’ they said, ‘if he hadn’t persuaded us to stop the puja for Indra, none of this would have happened.’ ‘This is Indra’s punishment for us!’ wailed another. ‘This downpour will drown Vrindavan completely.’

The angry people ran to Krishna. ‘See, you have brought this great calamity upon us,’ they shouted. ‘Now we are going to lose everything, even our lives.

‘All because we were foolish enough to listen to you. We ignored the mighty Lord Indra and brought his wrath upon us.’

‘What is going to happen now, son?’ Nand too cried out in despair.

Krishna held up his hand. ‘Let us all try to remain calm,’ he said. ‘I agree that I told you to stop the ceremony and Indra is angry now. But do not worry. I will save you from this disaster.’

‘How will you save us?’ yelled a man. ‘Can you stop the rain and dry up the floods?’

And then his mouth fell open! Krishna had lifted the enormous Govardhan Hill on his palm! He was holding it up high like a huge umbrella. ‘Come, friends,’ he said. ‘Come and take shelter under the mountain. Bring all your animals too.’

For a moment the people of Vrindavan were too awestruck to react. Then they quickly herded their frightened animals and hurried to take refuge under the mighty mountain. By now Krishna was balancing it effortlessly on his little finger.

Indra watched from above, dumbstruck with astonishment. ‘How did this little cowherd manage such a feat?’ he frowned.

‘Indra, don’t you know that he is not a mere cowherd but the incarnation of Vishnu?’ Brahma asked gently.

All the gods gazed at the young boy who was holding up an enormous mountain on his little finger. They began to shower their blessings on him.

Indra felt very ashamed. He withdrew his clouds and bowed to Krishna. After that he did not trouble the people of Vrindavan any longer. The grateful people fell at Krishna’s feet and sang his praises. Since then Govardhan Puja is celebrated the day after Diwali, to remember how Krishna saved his people from Indra’s fury.

(Extracted with permission from Scholastic Book of Hindu Gods and Goddesses, retold by Deepa Agarwal, illustrated by Rayika Sen, published by Scholastic.) 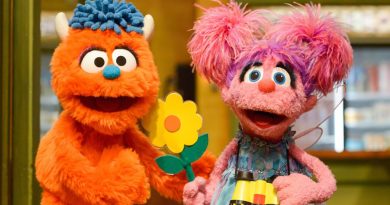 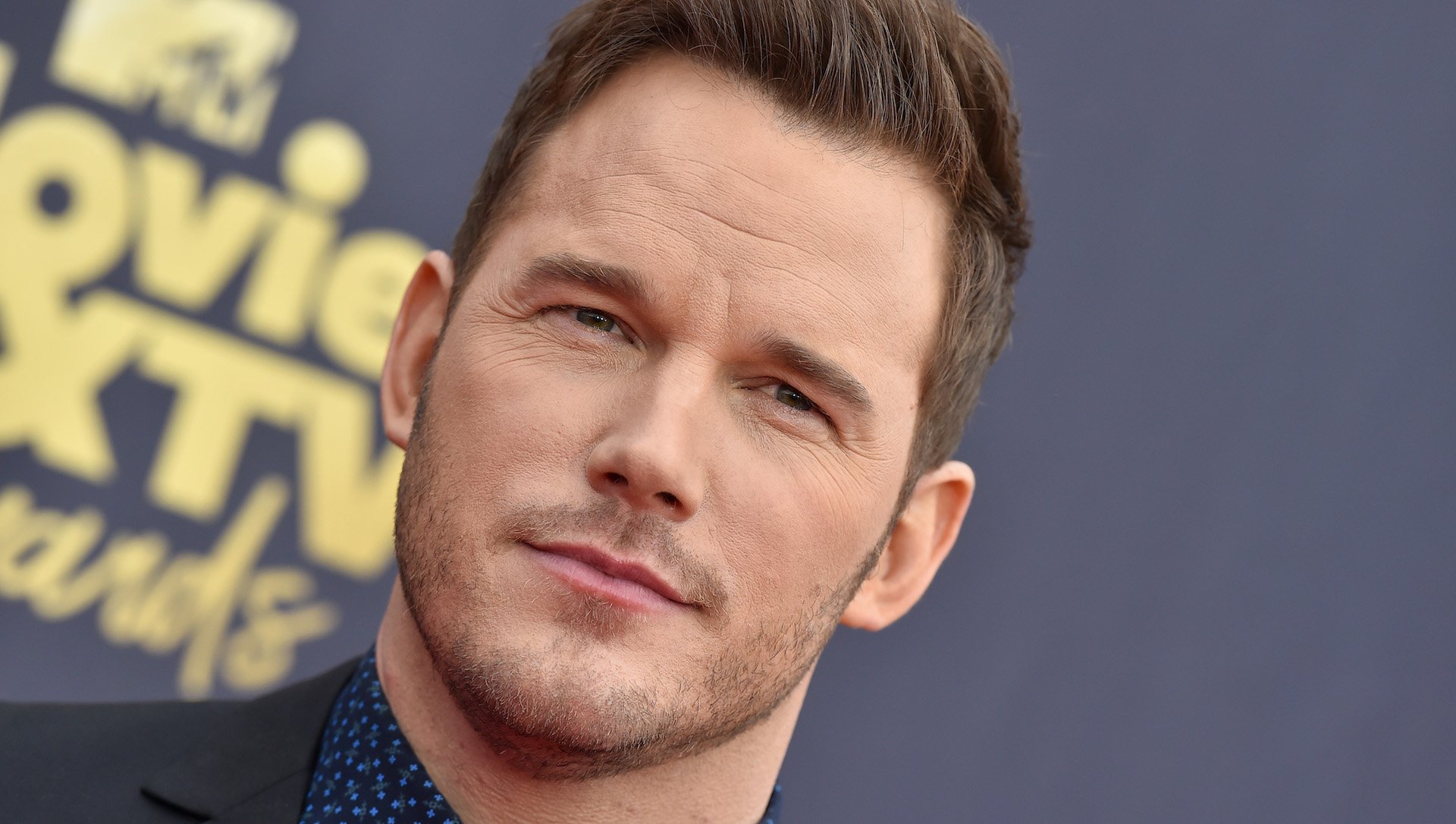 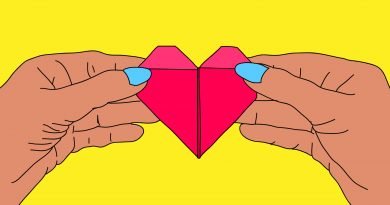 A Valentine to My Big Blended Family