Home » Kids Health » Being Baba: My baby son loved the Diwali lights, but not the crackers

Why don’t people who burst loud crackers think about others? Old people and babies are the worst affected but I’m sure that young kids, students or even people my age can’t really be enjoying loud bangs that have no purpose apart from annoying you. I have not been the kind of person who is very big on festivals in general. Earlier this year I told you all about how this year’s Ganapati Festival was so special thanks to my son Neil. And this year’s Diwali was no different.

Everything is brand new when you have a baby at home. You see things not the way you’ve been seeing them but how your child sees them. And Diwali as a festival has so much to offer for babies — both good and bad.

Let’s start with the good. Neil loves lights. I mean…really loves them. Every time we’re in our car and he’s sitting on his mumma’s lap or in his comfortable little babyseat, his greatest joy is in seeing traffic lights. We don’t know why it is so but we’re not complaining. And thankfully Mumbai is inundated with traffic lights so the merriment is aplenty. So, for a kid that loves lights, Diwali is like a massive buffet with all the good stuff. As we walked around our area he loved looking at the pretty lights all around and it was such a pleasure to see his excitement every time we saw a place that was beautifully lit up. Then comes the awesome food. He started with solid food a few months ago and tasted sugar for the first time on his first birthday. He loves sweets but we make it a point to completely regulate the amount he eats. That said, he got to taste a ton of new things that are specifically made for Diwali in our homes. He loves eating all sorts of stuff and thanks to the baby-led weaning that Neha practiced with him he’s never a stress for us when we go out to eat. He eats pretty much everything we do just as long as it isn’t too spicy, salty or sugary.

Next up were the clothes! Holy lord! The clothes! I am a massive collector of comics and statues and in the online communities where many other like-minded people like me discuss our passion, we often joke that we got a 1:1 scale action figure when we have a baby in our lives. Neil is the ultimate action figure come to life! The clothes Neha got for me were so incredibly adorable. I could keep taking photos for ages. I don’t think I’ve ever been this excited about clothes but with babies, clothes take on a completely different dimension. Yes, I know that they grow out of their tiny little clothes very quickly, and they can be expensive too but if you plan it well you land up getting amazing clothes at great deals online and while they fit they are just so damn cute.

And finally it is about the people. Because of our busy lives these days meeting relatives is not as often as we would like. I loved seeing the joy on our relatives’ faces when they saw Neil after a long time. With babies even one month seems like a lot and some of them met him after 6-8 months. For them the change in him was massive. This was really special.

Now let’s talk about the bad parts. I can bet you already know what I’m going to say so go on…and say it with me – CRACKERS!

I’ve always found crackers, especially the loud ones, extremely annoying but now I’m just pissed off. Why don’t people who burst loud crackers think about others? Old people and babies are the worst affected but I’m sure that young kids, students or even people my age can’t really be enjoying loud bangs that have no purpose apart from annoying you. I can still understand the crackers that are about lights but the bombs and cracker rolls are just insane. In fact, our government has reportedly banned crackers but things are still pretty much the same. The noise is just one aspect of this. Think about the ridiculous amount of pollution that gets added during Diwali. For a city like Delhi where pollution is a major issue, Diwali time must be even more crazy.

Well, despite the one major drawback there’s more good than bad when it comes to Diwali and thanks to Neil, this year was truly special for us. I hope you all had a great time too. Here’s wishing all of you a very Happy Diwali and a prosperous and amazing new year ahead!

(The writer is a singer and his debut album Mumbai Blues won the GIMA Award for Best Rock Album in 2015. He hosts his own talk show-The MJ Show and does live Hindi commentary for WWE. Views are personal. Follow him on twitter @mihirjoshimusic) 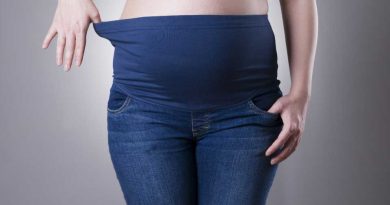 The Most Stylish Skinny Maternity Jeans You Can Buy on Amazon 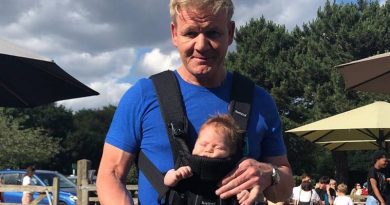 ‘This is the wrong way’: Gordon Ramsay receives backlash for unsafe babywearing