The communities of bacteria that live in our digestive tracts help digest food and produce vitamins, protect against pathogens, and promote the healthy functioning of our immune system. But alongside gut bacteria thrives a vast community of viruses, and we know little about their impact on health and disease.

Efforts to study the gut viral community — known as the virome — have been hindered by a lack of tools to analyze viral diversity. Researchers at Washington University School of Medicine in St. Louis have received an $8.5 million grant from the National Institute of Diabetes and Digestive and Kidney Diseases of the National Institutes of Health (NIH) to develop the tools needed to study the role of the virome in inflammatory bowel disease. Once developed, such tools could be applied widely, opening up new avenues of research into the role of the virome in normal physiology and development, as well as diseases such as diabetes, AIDS and cancer.

“The virome has been linked to a number of conditions — inflammatory bowel disease, malnutrition, graft-versus-host disease — and there is also some evidence that the virome supports human health in some ways,” said principal investigator David Wang, PhD, a professor of molecular microbiology, and of pathology and immunology. “But the problem that plagues virome studies is that people find an association, and then they can’t pursue it. Once you find an association, the next step is to see what happens when you introduce the virus to an animal. Does it cause the disease? Make it worse? But there are no tools to carry this out.”

Tools to analyze the viral community are relatively scarce partly because viruses are more diverse than bacteria. All bacteria carry certain basic housekeeping genes necessary for life, notably the 16S ribosomal RNA gene. Scientists use this universal gene to screen mixed communities of unidentified bacteria by pulling out all the 16S ribosomal RNA genes and using the sequences to classify the bacteria into families. There is no equivalent universal gene among viruses.

Wang and colleagues previously have discovered differences between the viromes of people with inflammatory bowel disease and healthy people. Inflammatory bowel disease is caused by chronic inflammation in the digestive tract and characterized by persistent diarrhea and abdominal pain. The researchers found that people with the condition carry more Caudovirales, a group of viruses that infects bacteria, and anelloviruses, a family of viruses that infects human cells, in their intestines. But they do not yet know what, if anything, the presence of these viruses means.

The new grant will allow the researchers to follow a group of people with inflammatory bowel disease over time, along with healthy members of their households for comparison. Inflammatory bowel disease tends to be cyclical, flaring up and then resolving again and again. By taking repeated stool samples and analyzing the genetic material of the viruses in such samples, the researchers will be able to see how the makeup of the gut viral community changes over the course of the disease, and gauge whether any particular groups of viruses become more abundant during flare-ups or resolutions. They also will assess what effect treatment has on the virome.

Such analysis will require the development of computational tools to identify the viruses by their genetic sequences, classify them into family groups, identify potential genes within viral sequences, and propose functions of the genes.

“With the tools we have now, more than half the sequences can’t be classified because they are not similar enough to known sequences,” Wang said. “We frequently can’t even tell whether we’ve found a virus that infects bacteria or human cells.”

Wang and colleagues also will develop ways to cultivate viruses so they can study them. As nonliving things, viruses require a living cell to multiply, which makes cultivation in the lab tricky. To grow viruses that infect human cells, researchers must first culture human cells and then infect them with viruses. But the majority of the viruses in the intestinal tract are likely to infect bacteria, not human cells. Such viruses — known as bacteriophages, Latin for “bacteria eaters” — are even more complicated: Researchers must first identify the correct bacterial species from among the thousands in our intestines, culture that species, and then attempt to grow the virus within the bacterial culture.

“In previous work, we established the first culture system for a gut virus,” Wang said. “We’re relying on our experience there to try to culture more of these novel viruses. Some of these might actually grow in a quite straightforward way, it’s just that no one has tried yet. And once we have the viruses, then we can use them to start doing experiments in animal models of inflammatory bowel disease.”

The impact of the gut bacterial community on human health is a hot topic of study, with a possible role in health conditions ranging from autoimmunity to heart disease to psychiatric illnesses. The virome may prove to be equally consequential — if only we can find a way to investigate it.

“This isn’t a typical grant, because part of its goal is to build resources that will then be available to the scientific community,” Wang said. “Creating tools is unsexy and usually unfundable. But we have to build these tools before we can answer the exciting questions.”

Along with Wang, the research team includes Michael S. Diamond, MD, PhD, the Herbert S. Gasser Professor of Medicine, and Scott Handley, PhD, an associate professor of pathology and immunology, both at Washington University; Thaddeus Stappenbeck, MD, PhD, of the Cleveland Clinic; and collaborators at Cambridge University in the United Kingdom, San Diego State University in California, and Flinders University in Australia. 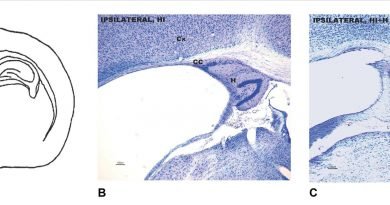 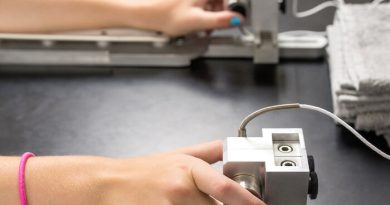 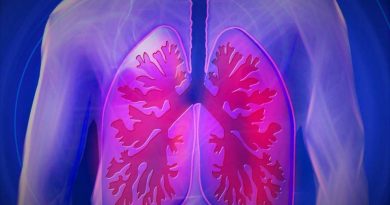