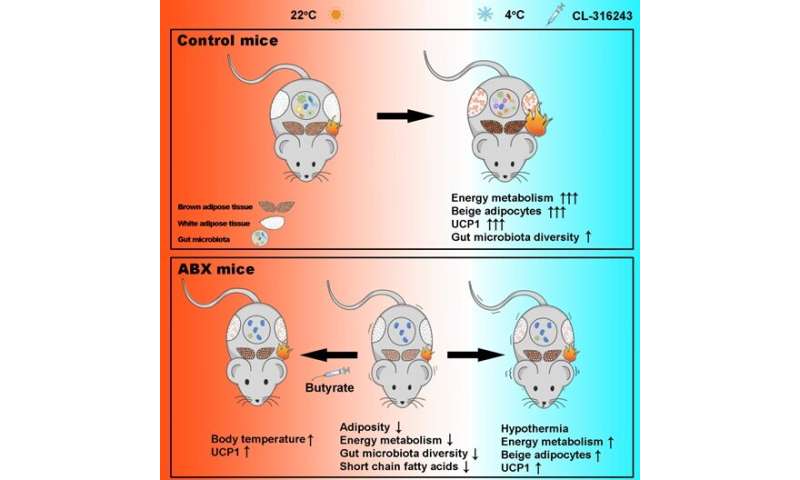 The gut microbiome has been shown to have diverse impacts on human and animal physiology and health. Now, a research group led by Prof. John R. Speakman from the Institute of Genetics and Developmental Biology, Chinese Academy of Sciences, has revealed the important role of gut microbiota in thermoregulation—the way animals respond to cold exposure.

During cold exposure, it is well established that animals sustain their body temperature by activating heat production from a specialized tissue known as brown adipose tissue (BAT) and promoting “browning” of white adipose tissue.

To evaluate the function of gut microbiota in the activation of BAT, the researchers used different antibiotic recipes to eradicate gut microbiota. They subsequently found that animals lacking gut microbiota had impaired thermoregulation.

The results were also confirmed in germ-free mice. Specifically, the researchers found that removal of the gut microbiota blunted the increase in the expression of uncoupling protein 1 (UCP1) in BAT and reduced white adipose tissue browning.

This effect could be because, in the absence of an intact microbiome, the animal is unable to digest sufficient quantities of food to meet elevated energy demands in the cold, and the impact on BAT is a secondary effect.

However, the team also showed that gavage of the bacterial metabolite butyrate increased the thermogenic capacity of ABX-treated mice, reversing the deficit. This suggests that microbiota plays an important signaling role in the process that stimulates cold-induced thermogenesis.

This research adds to the expanding areas of physiology and health that are impacted by the gut microbiome. Although the work was conducted in mice, and extensions to humans must be made cautiously, it may have several health implications. 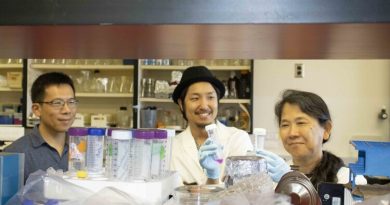 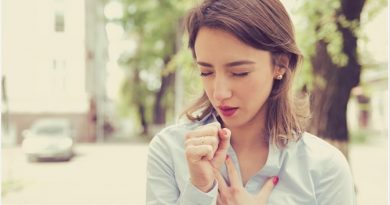 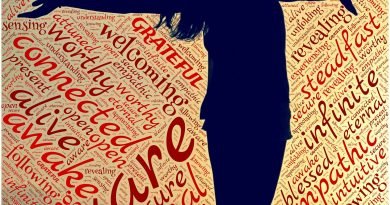