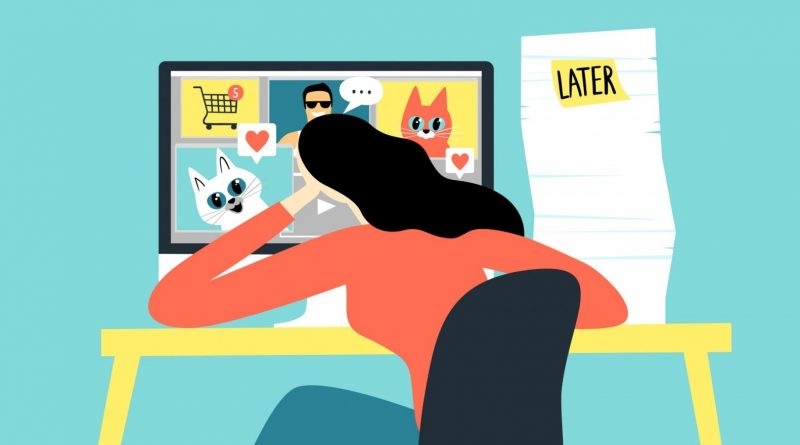 Are you struggling to stay focused while working from home? Here’s why trying to limit your procrastination is so important (and how to do it).

As anyone who has ever been angry at themselves for procrastinating will know, it’s a phenomenon which doesn’t make a whole lot of sense. It’s like a little devil on your shoulder – even when you know a task is important or needs a lot of work, procrastination has the ability to sneak up and rob you of your motivation and focus.

For many people, working from home has made it even harder to block out that devil. Not only are there more ways to procrastinate at home than in the office, but without the physical ‘work’ environment to keep them on track, many people have found themselves slipping into procrastination mode when presented with a particularly stressful or overwhelming task.

This isn’t necessarily a problem if it happens every so often – after all, we all have those days where concentration escapes us. But when we begin to find ourselves procrastinating on a regular basis, it can have wide-scale implications for not only our career, but our mental health.

Procrastination is rarely, if ever, due to laziness, incompetence or lack of pride in our work – in fact, it’s usually the opposite

Why? Because procrastination can’t be explained by poor time-management or a lack of motivation – in fact, it’s got a lot to do with how we manage our emotions.

“Procrastination is rarely, if ever, due to laziness, incompetence or lack of pride in our work – in fact, it’s usually the opposite,” explains Harley Street psychologist Dr Meg Arroll. “I work with many clients who have mental roadblocks which lead to delaying an inevitable task, and usually this stems from fears of failure, anxiety and maladaptive perfectionism.

“Put simply, procrastination is often because we care about a task and/or the outcome of that task too much, rather than too little.”

Self-critical perfectionism: “Why do I feel the need to be good at everything?”

This idea of procrastination as a way for us to handle difficult emotions isn’t anything new, despite the common assumption that procrastination is a sign of laziness. In fact, it’s an explanation which has been scientifically proven – according to a 2013 study by psychology professors Dr. Tim Pychyl and Dr. Fuschia Sirios, procrastination is a type of coping mechanism we use for “short-term mood repair”.

However, the issue with using procrastination as a coping mechanism is that, while putting something off may boost our mood in the short-term, we still have to face those difficult emotions at a later date – alongside all of the additional problems created by procrastination.

It’s a scenario which psychologists describe as a conflict between our present and future selves – even though we know that future us will pay for our actions, the immediate emotional boost we get as a result of putting something off seems worth it in that moment.

In reality, that short-term emotional boost is rarely ever worth it – in fact, it can have a detrimental impact on our overall mental health. Not only can procrastination exacerbate our stress levels by leaving us with more to do in a shorter period of time, it has also been shown to cause feelings of low self-esteem, make us more vulnerable to anxiety and depression and increase general psychological distress.

With this in mind, it’s clear that managing our impulse to procrastinate is crucial, especially while working from home. Although it may seem like the smart choice in the moment, we need to continue to remind ourselves that procrastination will make us feel worse in the long-run – and that, even though the task in front of us may trigger feelings of anxiety or self-doubt, it’s worth confronting those emotions rather than pushing them away for a couple of hours.

Imposter syndrome: how to keep your self-doubt in check when you’re working from home

So, alongside being more mindful about the impact procrastination can have on our mental health, what else can we do to avoid this harmful behaviour? To find out more, we asked Dr Arroll to share her top tips for avoiding procrastination – here’s what she had to say.

“Chunk work by time, not task”

Instead of setting yourself unrealistic expectations like “I’m going to get this whole project done this morning,” start out by breaking the work into bite-sized chunks.

“Chunk work by time, not task,” Dr Arroll explains. “Set an alarm for 15 minutes – our concentration only lasts for 20 minutes so the time chunk should be less than this – and work only on the task for this amount of time. Then take a break, no matter where you are in the job, for five minutes.

“Try it – you’ll be surprised how long 15 minutes can seem and also how much you can get done in this time if all other distractions are put aside (it’s a good idea to turn off your phone and close your browser and doors).

“Schedule in a task you hate”

It may sound counter-intuitive, but if you’re struggling to get started on the task in front of you, Dr Arroll recommends scheduling in a project that you find boring for after you’ve finished.

“Find a task that you hate or are even more fearful of and schedule this in,” she says. “It’s amazing how easy it is to get on with something that you’ve been putting off for ages when there’s something even more tedious on the horizon – it’s all relative.”

“Place a wager on it”

Although it’s important to reward yourself for making progress, if you want a powerful motivator for a particularly tricky task, get someone else to withhold the reward until the task is done.

This is how to stop procrastinating, according to a psychologist

“Place a wager on it – research shows loss aversion is indeed a powerful motivator,” Dr Arroll explains. “Don’t just make the bet with yourself – it must be placed with someone who will keep you to it.

“Our minds are clever and will ignore this forced accountability if it’s not actually serious.”

For more helpful tips and tricks on how to stop procrastinating, you can check out our guide here.

If working during the pandemic is taking its toll on your mental health, you’re not alone. From the isolation of being separated from colleagues and the stress of relying on technology to the threat of redundancy and the anxiety of applying for a new job, there are a number of reasons why you might find this time particularly challenging.

Our new Work It Out campaign, supported by Mind, aims to give you the tools and resources you need to take care of your mental health while you’re stuck at home. From completing your Work 5 A Day to dealing with issues including anxiety, loneliness and stress, we’ll be exploring all aspects of wellbeing during this strange time.

For more information, including how to complete your Work 5 A Day, you can check out our guide to getting started. 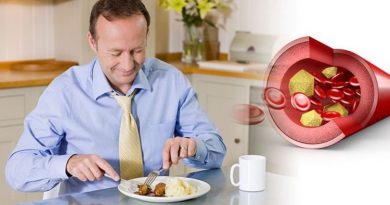 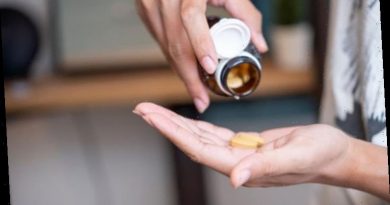 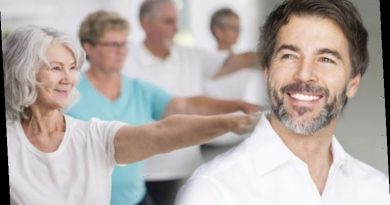 How to live longer: An ancient mind-body practice could boost your life longevity