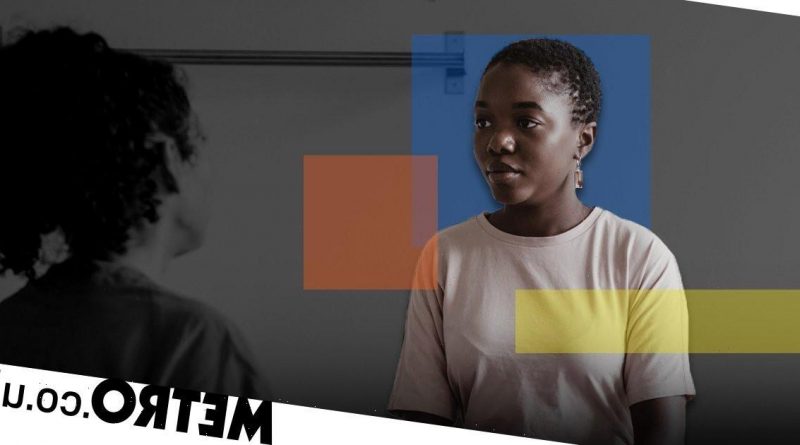 Studies show that Black women are less likely to develop breast cancer than white women, however they are far more likely to be diagnosed at a late stage and to die from the disease.

In fact, Black women are twice as likely to be diagnosed with late-stage breast cancer compared to white women.

The shocking findings were revealed in a report conducted by Public Health England in 2016, and yet there is still very little public awareness about the implications of race on cancer diagnosis, say campaigners.

A 2021 survey conducted by Black Women Rising UK found that 46% of Black women who were later diagnosed were told in their initial consultation that, despite having symptoms, their consultant did not believe they had cancer.

Though there is no simple or singular answer to what lies behind the disparity, 96% of those who took part in the survey said they do not see themselves represented enough in the media talking about breast cancer. This can have a negative impact on spotting symptoms early, awareness around treatment options and even positive recovery after diagnosis.

Miranda Ashitey, from Croydon, south London, was first diagnosed with breast cancer in 2014. She went into remission the following year after rigorous treatment with chemotherapy and radiotherapy.

Sadly the cancer returned and Miranda was diagnosed as being stage 4 in February 2019 as the illness had spread to other parts of her body. Now, at just 38, Miranda is working to keep her condition stable with a variety of treatments.

‘My secondary breast cancer diagnosis happened on Valentine’s Day 2019,’ Miranda tells Metro.co.uk. ‘I always had the fear it would come back, but once I got the news it was a bit of a relief as that fear had gone but the world hadn’t caved in.

‘I’m due to have my next chemo cycle this Thursday.’ 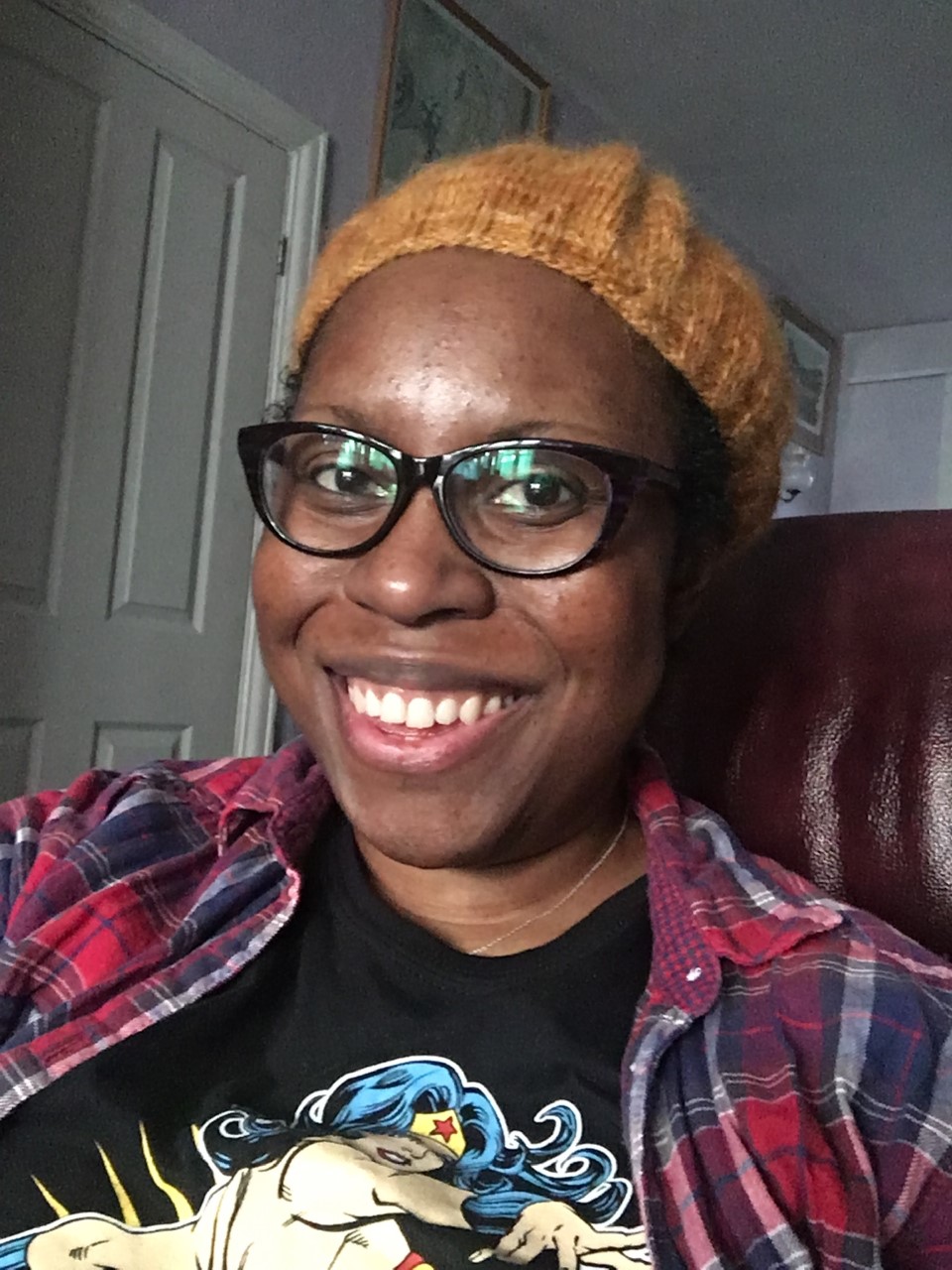 Miranda says that her experience of treatment has been varied – and there have been positive examples of care – but one failing is with a lack of understanding about the specific needs of Black patients from medical staff.

‘Chemotherapy has narrowed my veins and made them difficult to use,’ says Miranda.

‘Some of the nurses keep pushing me to have a PICC line [a soft, long catheter used for long-term intravenous medications]. This is not convenient to me. It’s more convenient for them, but I’m the patient.

‘The medical staff are not aware of how easily Black skin scars, or that we are more prone to keloids [a type of raised scar that can grow to be much larger than the original injury], this is why I wouldn’t want a PICC line. The lack of awareness is really worrying.’

There are numerous studies highlighting the higher risks faced by Black women when it comes to breast cancer. This is an area of research that is changing and developing, but here are the key things you need to know:

It’s a feeling Helena, who is 43 and from Southampton, can relate to. Helena was diagnosed with breast cancer in 2014. It came as a complete surprise because she was in the shape of her life and had even recently signed up for a bodybuilding competition.

Helena underwent a mastectomy and chemotherapy, but she found another lump in the same place in 2017 and had to repeat her treatments.

She says the experience of going through cancer diagnosis and treatment as a Black woman left her feeling completely alone, isolated and as though she wasn’t being seen.

‘As Black women, we are conditioned to feel and think that if we make a fuss about a situation that we are immediately going to be questioned, not believed and asked to prove it.

‘So, there are certain things about the way I have been treated as a cancer patient, or certain treatments that haven’t been made available for me – and there is this dull ache in the back of your mind where you suspect it is to do with race. But it’s always done so delicately, hidden under all these layers. And that makes it really hard to call out – and the damaging impacts can be missed.’

Helena says one issue that she has found is that diagnoses are being missed initially because Black women often look younger than they actually are.

‘Our age on paper might be one thing, but the way that we look is often means that people will assume we are healthy, or that we are too young for cancer to be a risk,’ says Helena.

‘I was lucky and I had a good relationship with my doctor at the time. But I was diagnosed when I was 36 and I remember appointments where doctors would just be in total disbelief. They would say – “wow, you don’t look you age!” Obviously that’s flattering, but not in the context where I am there to discuss my cancer and I just want to be seen and believed.’

Even after diagnosis, there are further obstacles for Black women when it comes to treatment, care and recovery. Helena hit a snag with finding a wig that suitably mimicked her own natural hair texture.

Cancer patients can access a service where they are provided with a wig that is selected by a professional hairdresser. Helena sent the woman in charge of this plenty of pictures of her own natural hair, so she was baffled when she went to the fitting and was presented with straight hair that she says resembled a 1970s mullet.

‘She said to me on the phone; “Well, a lot of coloured ladies college like to have their hair straight”. Okay, first of all, I’m not “coloured”. And secondly, I don’t want my hair straight. I said “that’s why I’ve sent you all of these pictures with my natural hair”.

‘Then she says; “Oh, well, it’s a great opportunity to try something different.” I hadn’t realised that getting breast cancer would be such a great “opportunity”.

‘It took 11 weeks for them to finally tell me I could buy my own wig and they would reimburse me. But 11 weeks had passed and my hair had grown back by then.’

Miranda says the realities facing Black women with cancer are incredibly worrying for her. She worried that not enough people know that this inequality exists.

‘The stats are very frightening,’ she says. ‘It clearly isn’t just biological, there are socioeconomic issues, as well as cultural issues.

‘There is also a lot of misinformation that needs to be addressed, challenged, discussed and broken down. Awareness is key. If you are unaware in the first place, nothing can or will change.’

She adds that the one of the key issues is that Black women are not being listened to.

‘Medical professionals should listen to and believe the patient,’ she says. ‘Do not assume. If we say we hurt, we hurt.

‘There should also be an effort to make sure there are enough nurses of the same race who can relate to their patient. Whiteness might be the majority, but it shouldn’t be the standard in terms of care.

‘Professionals should also ensure that if they are dealing with patients not of the same ethnicity, they are fully knowledgeable about health issues that affect them more, for example hypertension and sickle cell.’

Sarah Adomah is a clinical nurse specialist with more than 16 years of experience in the field.

Sarah’s goal is to improve the lives of people living with cancer, and she has been collaborating with other health professionals to raise awareness about cancer among Black and other ethnic minority groups.

‘For me, it’s a late presentation sometimes with women of colour,’ says Sarah.

‘There’s often a reluctance to access supportive services or just communicating their needs. Sometimes not communicating their diagnosis and needs in general around cancer with their immediate relations, family members or friends, due to fear, misconceptions – “it’s a taboo subject”.

‘So, rather than talking to people, allowing people to know what’s going on, and by doing so seeking appropriate help, they shy away. This can impact negatively on their overall experience.’

But beyond this, Sarah says there is another problem of systemic racism within the medical profession – which is creating barriers for Black health professionals to progress in their careers. Less diversity within the profession may be contributing to poorer outcomes for non-white patients.

‘I have come across colleagues within the NHS who were great, experienced nurses. However, because of the way they are treated, many do not feel that they can excel in their career.

‘They think that either the level or the area where they are is where they belong. There are inequalities in the workplace. Unbiased racism. They would rather stay back and allow others to bypass them because they’ve been made to feel that way for a long time.’

Making people aware is a two-way thing; patients and professionals. We all have to engage.

Georgette Oni is a plastic and reconstructive surgeon who is also qualified in breast surgical oncology.

‘What I’ve found is that for Black women, knowledge of finding symptoms of breast cancer is equivocal, most know “a lump”. But we have the worst outcomes.

‘The case may not be the public not knowing. Could it be on the part of healthcare interface not recognising that Black women get breast cancer at an earlier age and therefore more likely to present symptomatically?

‘The way things are framed is very important. Making people aware is a two-way thing; patients and professionals. We all have to engage.

‘The NHS is to look at the majority, but we know one size does not fit all. For other groups, for example South Asians or Polish people, they have leaflets that are translated. Interpreters. Why should modifications in healthcare not apply to us?’

The Black Women Rising cancer support project was set up in 2017 by community champion Leanne Pero after she struggled with the aftermath of having breast cancer at 30 years old. In her quest to find the right services to aid her, Leanne soon realised that the NHS lacked cancer support packages for Black cancer patients.

Leanne decided to create her own platform to showcase these stories and provide vital support for Black cancer patients and survivors as they undergo daunting cancer treatments and experience difficulty in the tricky remission stage.

The ‘Let’s Talk About Race & Cancer’ digital event takes place on Thursday April 29th. The discussion will be open to health care professionals, charities, brands, and the public to connect and share experiences as a collective.

While most of the discussion will be with Black women on the topic of breast cancer, the panellists will engage in conversations that explore the wider field of cancer in the UK, and is open to all. Resources will also be available after the event.

Tickets are £10 and are available to purchase on Eventbrite.

The State of Racism

This series is an in-depth look at racism in the UK in 2020 and beyond.

We aim to look at how, where and why individual and structural racism impacts people of colour from all walks of life.

It’s vital that we improve the language we have to talk about racism and continue the difficult conversations about inequality – even if they make you uncomfortable.

We want to hear from you – if you have a personal story or experience of racism that you would like to share get in touch: [email protected]

Do you have a story to share? We want to hear from you.

Get in touch: [email protected] 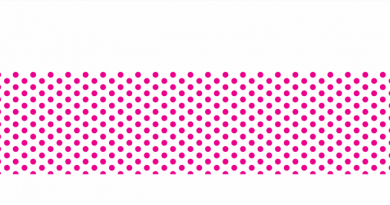 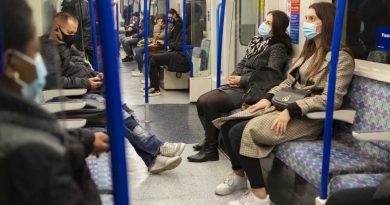 Herd immunity may not be achievable even with high vaccine uptake 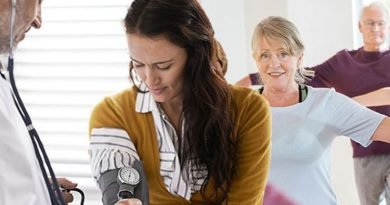