An ongoing program that monitors wastewater for the presence of SARS-CoV-2 and which has effectively predicted subsequent surges in COVID-19 cases in San Diego has been expanded to detect the presence of monkeypox.

Since the first confirmed case of monkeypox in California in late-May, reported cases have steadily risen in the state and across the country, now up to almost 100 in San Diego County and more than 1,300 in California.

Monitoring and testing for the monkeypox virus is a relatively simple add-on to the current wastewater surveillance program for SARS-CoV-2, said Rob Knight, PhD, professor and director of the Center for Microbiome Innovation at University of California San Diego.

But with a twist.

It's the same process as SARS-CoV-2 qPCR monitoring, except that we have been testing for a different virus. Monkeypox is a DNA virus, so it is a bit of a surprise that our process optimized for SARS-CoV-2, which is an RNA virus, works so well."

Researchers began experimenting with the possibility their test might work with both virus types in May and began monitoring wastewater from the Point Loma treatment plant, which serves 2.2 million San Diegans, for the presence of monkeypox virus in early June.

Knight said it remains to be seen whether monitoring monkeypox virus load levels in wastewater can predict future infection or case rates.

"We don't yet know if the data will anticipate case surges like with COVID," he said. "It depends on when the virus is shed from the body relative to how bad the symptoms are that cause people to seek care. This is, in principle, different for each virus, although in practice wastewater seems to be predictive for multiple viruses."

And the system is not yet set up to sequence monkeypox genomes, a necessity to detect emerging variants. But, in general, said Knight: "DNA viruses evolve a lot slower than RNA viruses, so we would not expect variants to emerge and spread as quickly."

"Rising levels of monkeypox in wastewater clearly correlate with the increasing spread of this virus. Detection and monitoring will help alert us to situations before they become crises, providing time for health systems and public agencies to respond, prepare and act."

Wilma Wooten, MD, MPH, San Diego County public health officer, agreed: "As we saw with COVID-19, it can serve as an additional window into how a virus is moving through and impacting our community. The county appreciates the work of all the partners, and looks forward to our continued working relationship to address threats to the public's health."

Persons infected by SARS-CoV-2 shed the virus in their waste, even before they exhibit symptoms of COVID-19. That fact spurred development of the first wastewater screening program in late-2020, when researchers at UC San Diego and UC San Diego Health began an ambitious collaboration to collect wastewater samples across campus using auto-sampling robots for subsequent analysis. The program was designed to help safely return students to campus.

Wastewater monitoring and sequencing was eventually expanded to the region.

Central to these efforts has been SEARCH (San Diego Epidemiology and Research for COVID Health), a consortium of scientists from UC San Diego, Scripps Research and Rady Children's Hospital-San Diego, working with San Diego County public health officials and others.

"Building on the success of SEARCH over the last few years, it is fantastic to see the wastewater surveillance here in San Diego expanded to also include monkeypox, while also creating a flexible system for future human pathogens," said Kristian Andersen, PhD, professor at Scripps Research. "This work is only possible thanks to the close collaboration between UC San Diego, Scripps Research and the County of San Diego. It truly sets a standard for effective public health-academic partnerships for the country."

In July, SEARCH collaborators published a report in the journal Nature describing the success of wastewater sequencing and virus detection, reporting that program effectively identified new viral "variants of concern" up to 14 days before traditional clinical testing, and could be reliably used to anticipate upcoming surges in local infection and case rates.

Researchers said they are exploring the possibility of adding other pathogens to the wastewater surveillance program, including the poliovirus, which has reappeared in parts of the United States.

"It's fairly easy to add new pathogens to the process," said Smruthi Karthikeyan, PhD, an environmental engineer and postdoctoral researcher in Knight's lab who has overseen wastewater monitoring at UC San Diego. "It's doable on short notice. We can get more information in the same turnaround time." 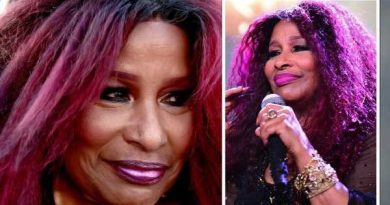 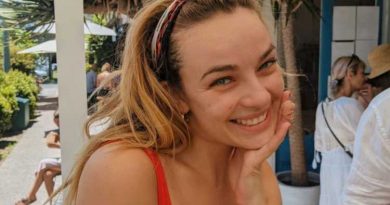 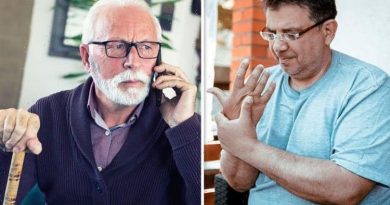 Arthritis symptoms: Four signs the NHS urges you to call 111 about – ‘septic arthritis’