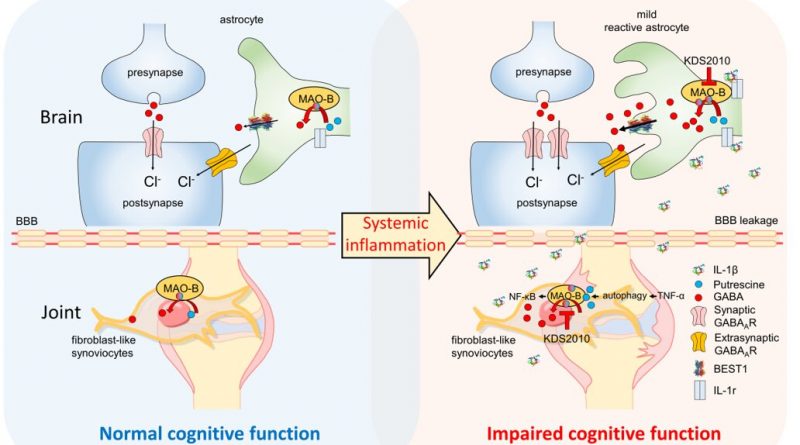 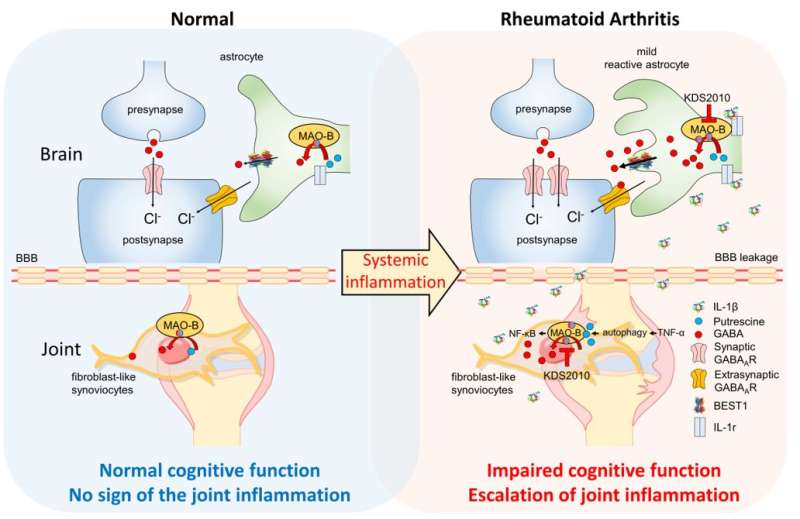 Rheumatoid arthritis (RA) is an autoimmune disease that causes extensive inflammation of the joints, causing severe pain and discomfort in patients. But did you know that the disease is also commonly accompanied by neuropsychiatric complications, such as cognitive impairment and depression? Previous studies show that up to 70% of RA patients can have such cognitive disorders. These neurological symptoms are thought to be caused by neuroinflammation, which originates from systemic inflammation. However, the precise mechanisms of such cognitive impairment in RA remain unclear.

Previously, a team led by Director C. Justin LEE at the Center for Cognition and Sociality within the Institute for Basic Science (IBS) in Daejeon, South Korea, explored the hippocampus of dementia patients to better understand the overall mechanism of memory impairment. The group found that reactive astrocytes release an increased level of monoamine oxidase-B (MAO-B)-dependent gamma-aminobutyric acid (GABA), which in turn leads to neurological disorder.

MAOs, including MAO-A and MAO-B, are enzymes that catalyze the oxidation of monoamines and are bound to the outer mitochondrial membrane in cells of several organs, such as the brain and the immune system. More than 30 years ago, previous research suggested that MAO inhibitors can relieve pain and stiffness in RA patients. However, there have been no follow-up studies of these results, and further studies related to the role of MAO in RA have been generally lacking even until today.

Recently, Director Lee’s team revealed that interleukin-1β (IL-1β), one of these inflammatory substances that are responsible for RA, causes aberrant expression of MAO-B infibroblast-like synoviocytes cells (FLSs) isolated from joint tissues of RA patients. It was been revealed that both MAO-B and GABA are aberrantly expressed in these cells. 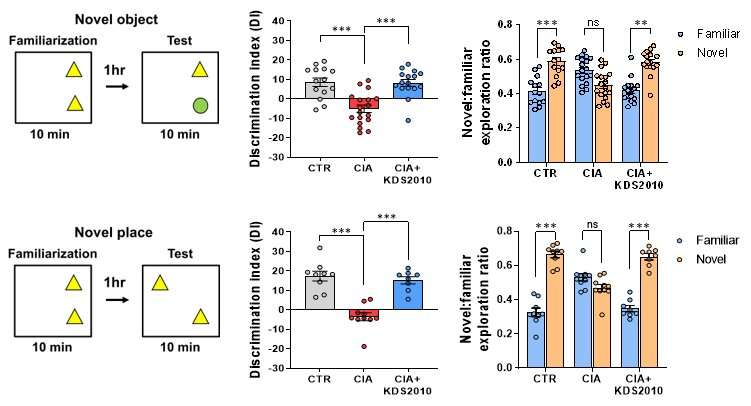 Published in Experimental & Molecular Medicine, the team’s findings indicate that the expression of MAO-B and MAO-B products, such as GABA and H2O2, can exacerbate joint inflammation by upregulating the expression of proinflammatory factors. It was also observed that MAO-B and GABA levels were significantly increased in the RA tissue compared to the osteoarthritis (OA) tissue, which generally has a lower level of inflammation.

Notably, the researcher also observed that the RA animal model showed increased cognitive impairment. In routine behavioral experiments, normal healthy mice had no difficulty remembering a new object or location. On the other hand, it was shown that RA model mice were unable to distinguish new things and objects, which is a hallmark of a cognitive impairment disorder.

Similarly to the joint tissues, the secretion of astrocytic MAO-B-dependent GABA was aberrantly increased in the hippocampus, which is thought to be the main cause of this cognitive dysfunction. It has been known that hippocampal astrocytic MAO-B-mediated GABA inhibits neurons, causing memory and cognitive impairment. Based on the fact that astrocytes respond sensitively to inflammation, it was hypothesized that astrocytes would also be affected during the course of RA disease progression, which would lead to cognitive impairment. 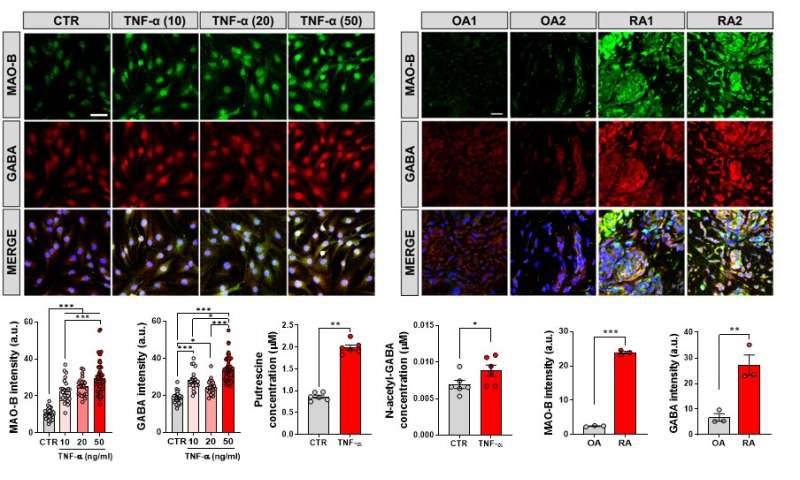 Subsequently, the IBS researchers decided to administer an MAO-B inhibitor called “KSD2010” in the RA animal model. KDS2010 is a newly developed selective and reversible MAO-B inhibitor, which is currently being tested in phase 1 clinical trials, Once administered in mice, it was discovered that both the joint inflammation decreased and cognitive function recovered at the same time.

Taken together, this study revealed both joint inflammation and cognitive impairment have a common underlying mechanism in RA patients, namely aberrant MAO-B expression. This opens the possibility of treating both of these symptoms with one drug. 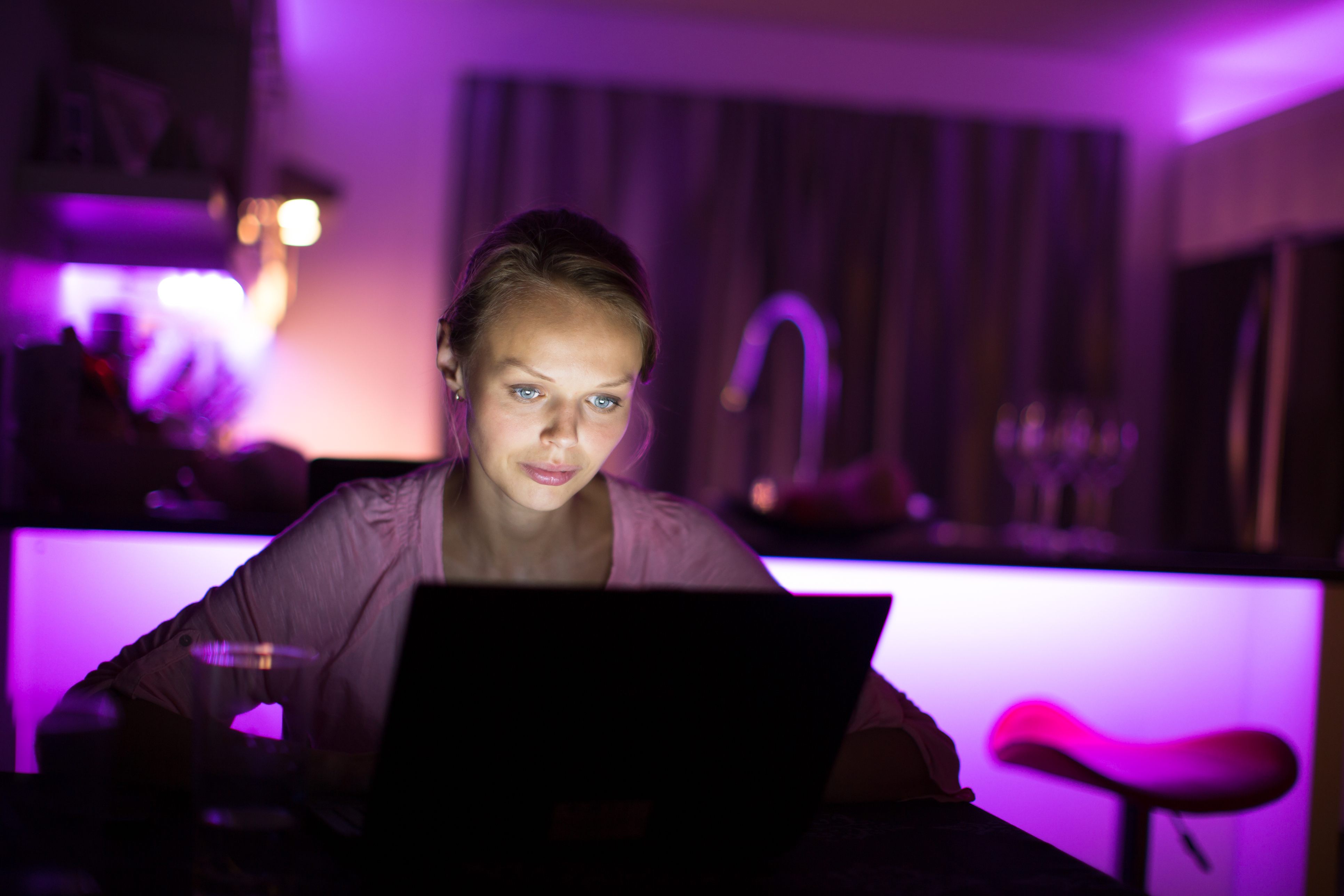 Why 'night owls' may be at higher risk for disease 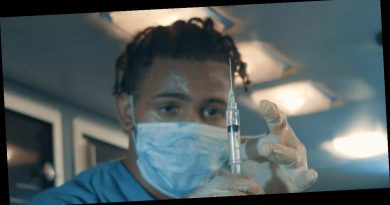 A music video about the coronavirus is going viral 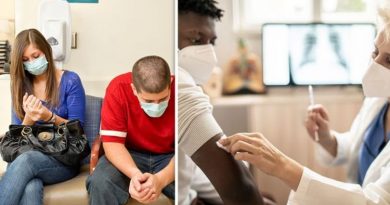