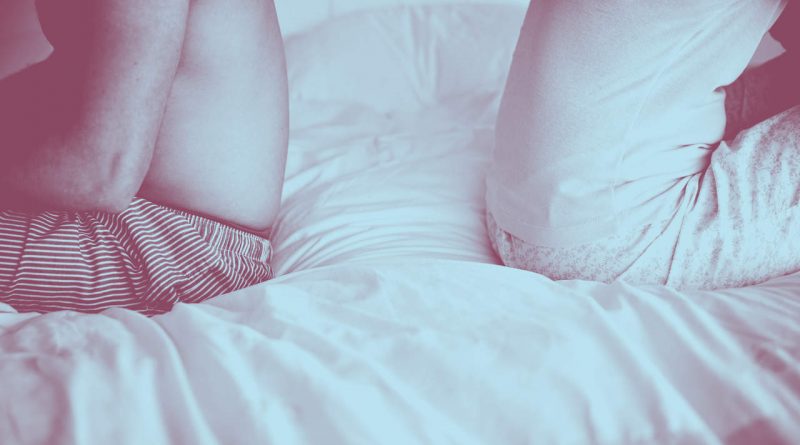 It’s no secret that having a child can change your dynamic with your partner. But for Gabriela Garcia, her first year postpartum turned out to be more challenging than she ever expected. Garcia, the founder of Modern Brown Girl, wrote a personal essay for the website The Everymom revealing she and her husband didn’t have sex for an entire year after the birth of their first child.

She explains that her postpartum experience had a rocky start when she needed to have an emergency C-section after already having gone through 20 hours of labor. “That was very traumatic because I wasn’t prepared for [the C-section] and it was major surgery,” Garcia tells Health. “I was under deep anesthesia and I was so groggy, I don’t really remember meeting my baby, and we didn’t have skin-to-skin bonding right away.”

When the baby arrived, Garcia and her husband naturally had trouble finding time for each other while adjusting to their life as new parents. Garcia said they would often sleep in separate rooms of their apartment—Garcia in the bedroom with the baby and her husband on the couch after staying up late to catch up on work. They were barely connecting on an emotional level, much less a physical one.

Garcia, who struggled with depression and anxiety in her 20s, describes her struggle of trying to be the perfect mom while barely being able to take care of herself.

“I just felt disconnected,” she says. “The process of motherhood didn’t feel right to me at that moment.”

“It was never anything we intended. My husband and I never set out to become one of those couples – married with kids and no sex life. But there we were, sleeping in separate rooms with no emotional or physical intimacy between us, and struggling to be good parents. Days turned into weeks, weeks turned into months, and before we knew it, we had ceased having sex for the better part of a year…” KEEP READING our contributing editor’s honest, personal essay on theEverymom.com. #theeverymom #momtruth

These feelings of sadness and resentment were something more serious: postpartum depression. PPD can affect between 10 to 15% of new moms, and symptoms can include mood swings and excessive crying, difficulty bonding with baby, feelings of worthlessness, and changes in sleep and appetite. In more severe cases, a mother may have thoughts of harming themselves or their baby.

“Because I dealt with [anxiety and depression] throughout my adult life, I thought I was prepared to handle PPD, but it really took me off guard in ways I hadn’t experienced before,” she tells us. “I felt this overwhelming sense of doom, like I had made a really big mistake.”

Soon, Garcia realized it was time to call her doctor. “I called my ob-gyn to make a postpartum follow-up appointment and the receptionist was asking me standard questions about how I was doing, and I started crying on the phone,” she recalls. “I told her I didn’t think I was doing very well.” When Garcia told her doctor she was experiencing intrusive thoughts, they immediately scheduled her for an appointment. “They took it very seriously, and I was very grateful for that,” she says.

After discussing her options with her ob-gyn, Garcia decided to go on antidepressants, which proved to be more time and cost-efficient than therapy.

The medication helped immensely for Garcia’s mental health and happiness. But antidepressants can come with an unwelcome side effect—a decreased libido—that further derailed her sex life. “After I started taking the antidepressants, we were connecting more emotionally, it was just the physical part that wasn’t there,” says Garcia, saying there was nothing that could put her in the mood. “We lived in a one-bedroom apartment and the baby was in the room with us, so it was hard.”

Garcia admits she could have done more to explore her options with medication (not all of them affect your sex drive), but she was scared at the thought of her depression returning full-force. “I think both my husband and I were kind of drowning, and it wasn’t even brought up that we weren’t having sex,” she says. “We were both just trying to get through the day. And before you know it, months had passed.”

After her baby’s first birthday, her depression started to lift, and her family moved into a bigger home. Those changes, combined with the fact that Garcia and her husband were getting more comfortable as parents, allowed the couple to regain their intimacy, both physically and emotionally. Eventually, Garcia became pregnant for the second time, and their marriage today is stronger than ever.

“I’m very grateful with him for not pressuring me or asking me for anything,” she says. “He just kind of let me come to him when I was ready.” 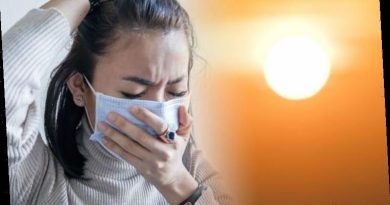 Coronavirus: Will the outbreak end in warmer weather? Expert reveals if virus is seasonal 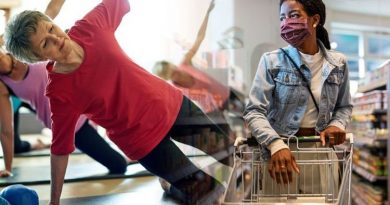