Home » Health News » Stroke symptoms: The subtle signs you shouldn’t ignore according to your gender

Stroke symptoms can vary from person to person, making this potentially fatal disease difficult to anticipate. While the well-known acronym FAST describes the main signs of an active stroke, there are a number of more subtle indicators which are often missed. Evidence suggests women are more likely to experience a stroke than men, and these are the key signs to look for.

Who is more likely to suffer from a stroke?

While age is the single most important risk factor for stroke, gender has been shown to have a significant impact on the number of people who suffer from this life-changing disease.

According to data by the UK Stroke Association, one in five women and one in six men will have had a stroke by age 75.

There are three common symptoms of a stroke that are widely known to affect both men and women, known as:

Time is the final part of the acronym FAST, which describes these well-known symptoms, but there are a number of generic signs that can affect both men and women differently.

Acknowledging sudden symptoms or any unexplained loss of function is crucial to catching a stroke no matter your gender.

What are the less obvious signs of a stroke in women?

A hemorrhagic stroke occurs when blood leaks from a blood vessel in or around the brain.

This type of bleed-triggered stroke is most common in women and can often be more severe because of the subtle symptoms that make it trickier to spot.

According to Healthline, vague signs of a stroke that are often ignored by women include:

These symptoms are often always unique to women, which can make them even harder to connect to a stroke – a disease that affects all genders.

Drowsiness and disorientation are two of the key signs of a stroke, as they indicate issues with brain function and awareness.

Characterised as ‘odd behaviours’, an altered mental state can be one of the earliest signs of a stroke, which often affects more women than men.

A 2009 study on acute stroke symptoms found around 23 percent of women and just 15 percent of men reported this common nontraditional symptom.

This makes women around 1.5 times more likely to suffer from the following symptoms while experiencing a stroke:

If you are concerned about any of the listed symptoms, you should seek professional medical advice in order to rule out the possibility of a stroke.

What are the unusual signs of a stroke in men?

Every second counts during a stroke which makes knowing the lesser-spotted signs imperative to making a full recovery.

A 2003 study found that 90 percent of women, compared to 85 percent of men, are aware of the most common signs of a stroke, but what about the lesser-known symptoms?

Signs of a stroke in men are often common across both genders and bear a close resemblance to the universally known three key signs in FAST.

According to stroke.org, other stroke symptoms include:

What is the most common type of stroke in men?

Male stroke sufferers are more likely to experience an ischemic stroke than the hemorrhagic kind.

An ischemic stroke occurs when clots form in the blood vessels either in or leading to the brain, blocking the blood flow and oxygen supply.

As the leading cause of death in men, stroke poses a concerning yet preventable threat to men across the globe.

While women are at risk of deadlier strokes, men are still more likely to experience a stroke than their female counterparts, as found in a number of scientific studies.

According to the UK Stroke Association, men are at a 25 percent higher risk of having a stroke at a younger age compared to women. 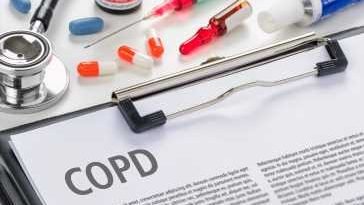 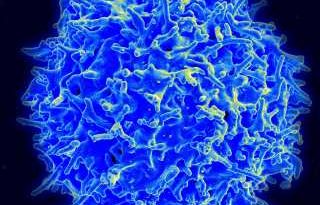