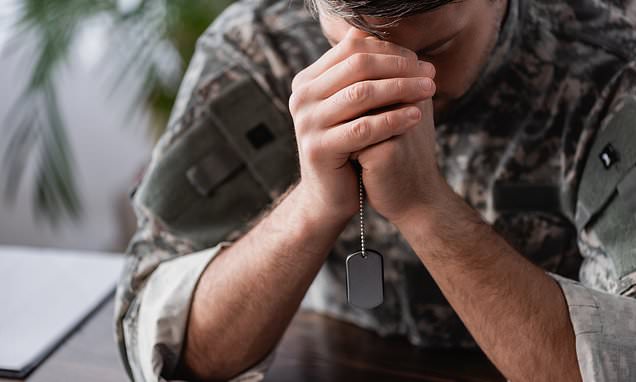 Suicide is hard-wired into some people’s genes, a study suggests.

Scientists have discovered four genetic variations are more common in military veterans who have killed themselves or suffered suicidal thoughts.

The genes have previously been linked to psychiatric conditions such as post-traumatic stress disorder (PTSD), depression and schizophrenia.

Researchers say that while these genes probably raise the risk of suicidal thoughts, they do not ‘predestine anyone to problems’ in the future. 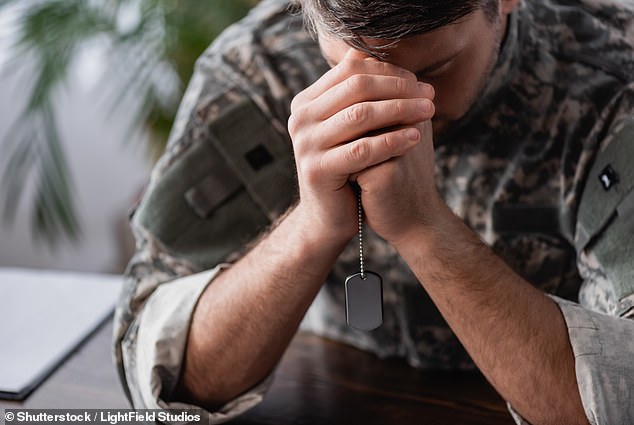 In a study of over 600,000 US veterans, researchers identified four genes that were more prevalent in people that experienced suicidal thoughts. All four genes, ESR1, DRD2, DCC and TRAF3, have been linked to mental health issues like depression, PTSD and mood disorders in the past (file image)

In 2020, the year with the most recently available data, 45,979 Americans died by suicide. Military veterans are at the highest risk, with 6,146 dying that year.

Suicide is the second leading killer of American men under 45, according to Centers for Disease Control and Prevention data.

Rates among women have also increased 50 percent in recent years, with experts warning that increased stress levels and self-esteem issues brought on by social media may be playing a role.

People who meditated every day and did yoga once a week saw their anxious thoughts and feelings ease.

Conditions like depression, PTSD and psychosis are most likely to lead up to a person’s suicide.

Researchers from Duke University in Durham, North Carolina, looked at blood samples from a database that included 630,000 veterans.

The samples were sequenced to build a genetic profile of each participant, which were then compared to their medical records.

Genes play a role in every facet of a person’s life, from how they look to how their body processes and brains function.

Each person has upwards of 20,000 pairs of genes. They receive one trait from their father, and one from their mother, to form each pair in the womb.

The effects differing genes can have on a person’s brain, nervous system and general bodily function can be responsible for significant changes in mental health.

There were 121,211 recorded cases of suicidal thoughts or attempts among the participants.

This implies that there is a genetic link in suicidal behavior along with other mental health conditions.

ESR1 is an estrogen receptor that has previously been linked to PTSD and depression. These are proteins in the cell that are activated by estrogen.

Researchers also note that estrogen, and how male and females process the hormone differently, is at the root of why men are more likely to die by suicide than women.

In America, men are nearly four times as likely to die by suicide as women are.

The second gene, DRD2, is a dopamine receptor linked to feelings of pleasure and happiness. It has previously been associated with schizophrenia, mood disorders, attention deficit hyperactive disorder (ADHD) and substance abuse.

DCC, which is expressed in brain tissue across the lifespan, has been associated with multiple psychiatric conditions and is elevated in the brains of people who die by suicide.

Finally, TRAF3 is associated with antisocial behavior, substance use, and ADHD. The drug lithium – a type of medicine known as a mood stabilizer – modulates the expression of TRAF3 and several other inflammatory genes.

Dr Nathan Kimbrel, co-lead author of the study and associate professor at Duke, said: ‘While genes account for small amount of risk relative to other factors, we need to better understand the biological pathways that underly a person’s risk for engaging in suicidal behavior.’

Researchers did not find any link between certain ethnicities or ancestries that put a person at an increased risk of dying by suicide.

The findings were published in the journal JAMA Psychiatry.

If you enjoyed this article…

Researchers are testing the tranquilizer and popular party drug ketamine as a treatment for alcohol abuse.

Experts are hoping a pill form of the psychedelic ayahuasca could help treat PTSD.

While it is normal to feel down from time to time, people with depression may feel persistently unhappy for weeks or months on end.

Depression can affect anyone at any age and is fairly common – approximately one in ten people are likely to experience it at some point in their life.

Depression is a genuine health condition which people cannot just ignore or ‘snap out of it’.

Symptoms and effects vary, but can include constantly feeling upset or hopeless, or losing interest in things you used to enjoy.

It can also cause physical symptoms such as problems sleeping, tiredness, having a low appetite or sex drive, and even feeling physical pain.

In extreme cases it can lead to suicidal thoughts.

Traumatic events can trigger it, and people with a family history may be more at risk.

It is important to see a doctor if you think you or someone you know has depression, as it can be managed with lifestyle changes, therapy or medication. 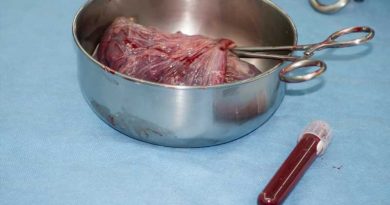 The truth about eating your placenta 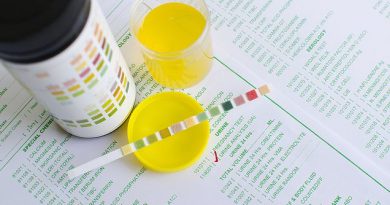 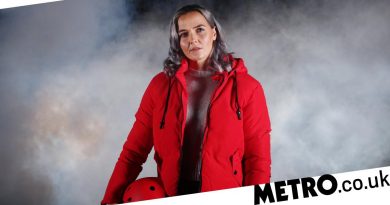