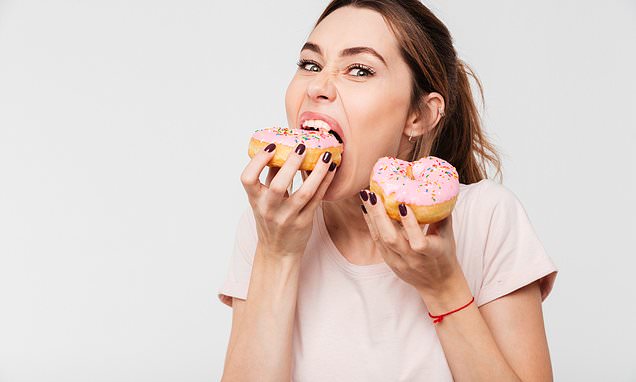 Why you can’t resist indulging in high calorie food: We have a brain circuit that decides ‘if something tastes really good, it’s worth the price you’re paying’

The cravings that make us want to eat a whole cake or a second helping of mashed potatoes come from the brain’s emotional center, a new study suggests.

Scientists at the University of North Carolina (UNC) discovered that this brain region, called the amygdala ‘lights up’ when mice are enjoying gorging on not just any foods, but particularly calorie-dense ones.

This pattern of brain activity is likely an evolutionary hold-over that told us to eat as much as we could of foods that would give us fat stores if famine came.

Now, the researchers think their discovery could provide a target for a weight-loss drug that would put a damper on our desire to keep eating fatty foods, without interfering with regular, necessary eating habits. 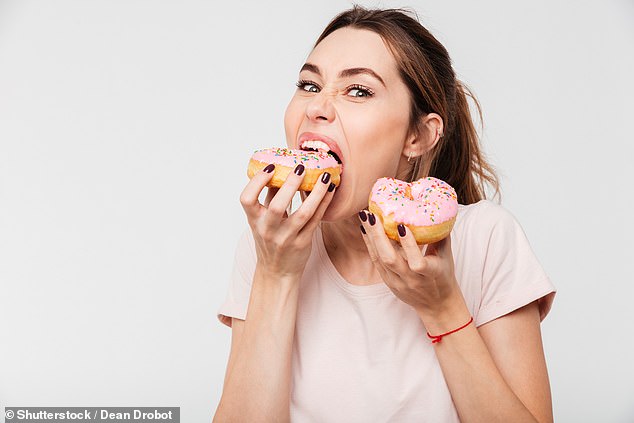 Scientists at the University of North Carolina discovered a brain circuit in the emotional processing region of the mind that tells us to keep eating high-calorie foods, like donuts

Obesity is a leading cause of disease in the US, and it affects some 78 million American adults.

And about two thirds of people in the US are either obese or overweight, raising their risks for diabetes, heart disease, cancer and more debilitating illnesses.

We’re still a long way off from knowing exactly how to grapple with the obesity epidemic, but research has made it clear that overeating is far more complex than a ‘self control’ problem.

The latest research, done in lab mice and rats, shows that our emotions – or at least our brains’ emotional centers – drive us to eat (and eat, and eat).

The link between feelings and food was once necessary to our survival.

Before we had take out and McDonald’s, humans had to hunt for meat and gather fruits, nuts and vegetables from the world around us.

Food wasn’t always plentiful, however, and we evolved a brain system to tell us to get as much of certain foods as we can, while we can.

Our metabolic systems have an easier time converting the fat we eat into the energy we run on, so, from an evolutionary standpoint, a high-fat diet is a good idea.

And our pre-modern brains tell us to eat more of these foods than we need immediately in times of ‘feast’ in case of times of ‘famine.’

But scientists hope that if they can identify exactly what is happening in the brain that continues to make us behave that way in spite of our abundance of food, they can design a therapy to rewire the once-helpful turned-harmful process.

This line of research has revealed that we have two ways of eating: homeostatic eating and hedonic eating.

Homeostatic eating is eating to live, or maintain ourselves.

Hedonic eating is more akin to eating to live – or eating because it brings us pleasure.

More recently, overeating researchers have shifted their focus to hedonic eating, and discovered a protein called nioceptin that seems to be more active when humans and mice alike eat tasty, rich food, and it makes us keep doing so.

So, in theory, a drug that blocks nioceptin might block our urges to overeat, too.

Senior study author Dr Thomas Kash, a pharmacology professor at UNC, and his lab are working on developing a drug like this, but they found they needed a more specific target.

To find the brain circuit they needed to target, Dr Kash and his team genetically engineered mice that that had fluorescent molecules paired with their nioceptin proteins, so they could watch areas of the pleasure-eating proteins were active literally light up.

The focal point of this activity when the mice ate calorie-rich foods was in the amygdala, the part of the brain that processes emotions.

‘Scientists have studied the amygdala for a long time, and they’ve linked it to pain and anxiety and fear, but our findings here highlight that it does other things too, like regulate pathological eating,’ said Dr Kash.

‘This circuit seems to be the brain’s way of telling you that if something tastes really good, then it’s worth whatever price you’re paying to get to it, so don’t stop.’

He and his team hope that the combined knowledge of what compound and region in the brain to target to prevent overeating can help them develop a drug that inhibits ‘bad,’ hedonic eating without interfering with a healthy appetite. 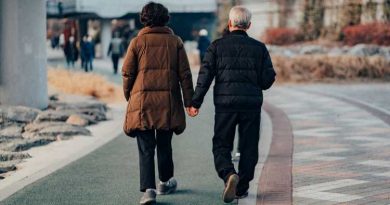 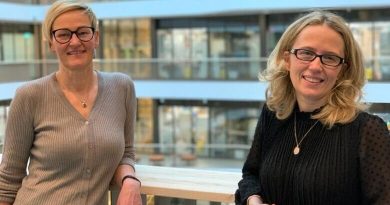 Women’s oral health is affected by the menstrual cycle, dietary sugar and smoking 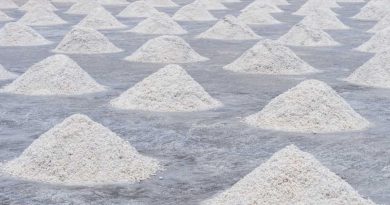 Grey Salt Is the Salt You Aren't Using But Should Be