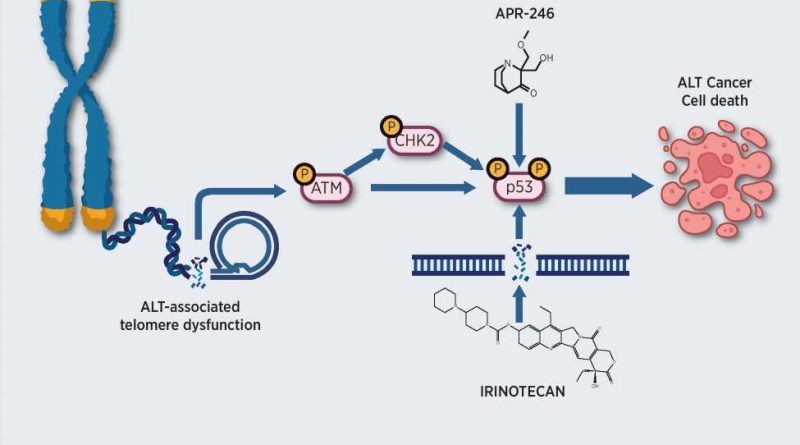 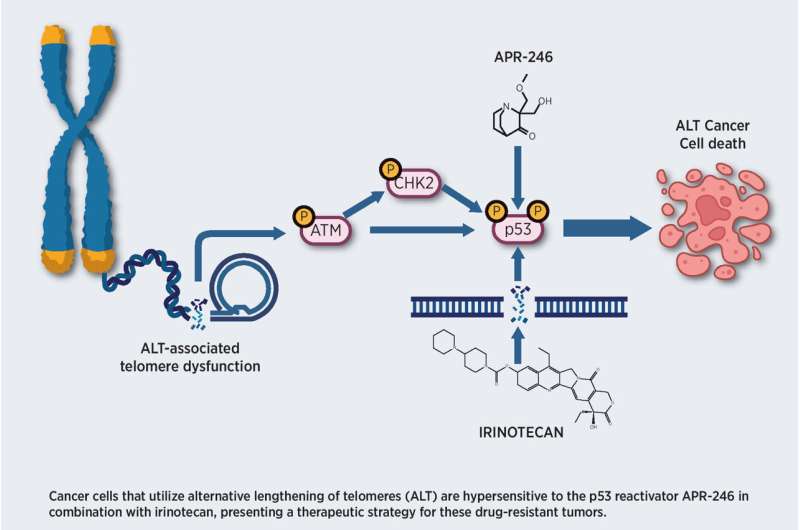 In a study recently published in Cancer Research, a team of researchers led by C. Patrick Reynolds, M.D., Ph.D., director for the Texas Tech University Health Sciences Center (TTUHSC) School of Medicine Cancer Center, sought to expand upon his lab’s previous research that showed ALT tumors identified by a biomarker known as C-circles share a common biology that confers vulnerabilities to be exploited for cancer therapy. The paper is titled “Alternative Lengthening of Telomeres in Cancer Confers a Vulnerability to Reactivation of p53 Function.”

There exists a subset of cancers that produce predominantly poor outcomes because their cells employ a mechanism known as alternative lengthening of telomeres (ALT) to maintain telomere length so they can continue to grow and multiply. Telomeres are caps on the end of chromosomes that serve as protectors for the genetic information contained within the cell.

To continue growing and multiplying, cancer cells must maintain their telomeres using telomere maintenance mechanisms (TMM). Without TMM, telomeres begin to erode and the cancer cell dies. The most common TMM uses a cell enzyme known as telomerase that has the ability to add DNA to the ends of chromosomes.

However, some cancer cells are able to grow continuously without turning on telomerase. Instead, they grow by using an alternate lengthening of telomeres (ALT) mechanism that can repair telomeres without telomerase. The presence of ALT has been found to be extensive in high-risk neuroblastoma and certain sarcomas, and ALT cancers are a major clinical challenge that lack targeted therapeutic approaches.

To conduct their study, the Reynolds team employed the C-circle assay to evaluate a variety of childhood and adult cancers. They found ALT positivity in pediatric cancers (neuroblastoma and sarcoma) and in adult cancers (breast, colon and lung cancers). The frequency of ALT ranged from 10% to 78%, depending on the type of cancer.

Regardless of the cancer type, the team showed that ALT cancer cell lines exhibit high resistance to DNA damaging agents in comparison to telomerase-positive cancers.

“ALT cancers have dysfunctional telomeres, which provides unique vulnerabilities that can serve as novel therapeutic targets,” Reynolds said. “An important aspect of targeting ALT in cancer therapy is that, unlike telomerase, ALT is only found in cancer cells.”

The Reynolds team demonstrated that ALT cancer cells have high amounts of activated ATM (ataxia-telangiectasia mutated) kinase, which promotes chemotherapy resistance in ALT cancers. A kinase is an enzyme that causes the transfer of phosphate groups from high-energy, phosphate-donating molecules to specific substrates in a process known as phosphorylation. ATM is a protein kinase that phosphorylates, and thus activates several key proteins that initiate DNA damage that can lead to cell cycle arrest, DNA repair or apoptosis (cell death).

To survive having high activated ATM, cancer cells must inactivate a tumor protein known as p53. Many ALT cancers have mutant p53, which Reynolds described as an inherent vulnerability because the high ATM activation required by ALT cancer cells also make those cells highly sensitive to active p53.

“We focused on leveraging the ATM kinase activation to which ALT cancers are addicted,” Reynolds said. “Because this requires ALT cancers to have inactivated p53, often by mutation, a major component of this study was testing the ability of APR-246, a drug that reactivates p53, against ALT cancers and then developing optimal drug combinations to use with APR-246.”

Reynolds said his team hypothesized that ALT cancers are able to tolerate ATM activation due to dysfunctional p53, and that ATM activates p53 that is restored to functionality by APR-246.

“We demonstrated that APR-246, in combination with irinotecan, is selectively cytotoxic to ALT cancer cell lines and xenografts relative to cancer cell lines and xenografts that are positive for telomerase,” Reynolds said. “In addition, the study demonstrates that the unique vulnerability conferred by the dependence of ALT cancers cells on ATM kinase is common to ALT cancers across a range of cancer histologies found in pediatric cancers such as neuroblastoma, rhabdomyosarcoma and osteosarcoma, and adult cancers such as triple negative breast cancer, colon cancer and soft tissue sarcomas.”

Reynolds said data from this project can be an aid in developing clinical trials for patients whose ALT cancer is readily identifiable with the C-circle biomarker. 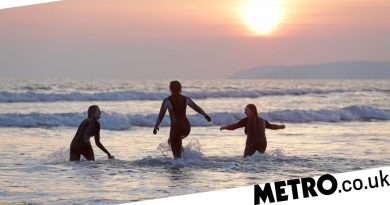 Always fancied wild swimming? It has surprising health benefits, even in winter 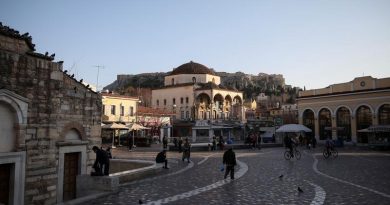