Scientists at the University of Cambridge have suggested that subtle changes to the drugs administered to mothers threatened with preterm birth or to premature babies could further improve clinical treatment and help increase their safety.

While the current practice of using glucocorticoid therapy shows life-saving benefits for the preterm infant, the researchers say that combining them with antioxidants would overcome potential safety concerns associated with existing treatment.

One in ten babies is born prematurely and up to three-quarters of these are at significant risk of death or long-term illness because premature babies are born with immature lungs and hence are at risk of dying from respiratory problems.

Now, every mother at risk of preterm birth gets this treatment worldwide in developed societies. It is regarded as one of the best examples of successfully translating basic experimental science into efficient human clinical practice and it has saved millions of preterm children every year.

However, despite the very clear life-saving effects of antenatal and postnatal glucocorticoid therapy to accelerate lung maturation in the infant, new research has identified some potential adverse side effects on the offspring’s growth, central nervous and cardiovascular systems. Some of these effects will not be seen until the child is fully grown and is in adulthood.

“The evidence supporting the life-saving benefits of glucocorticoid treatment for premature babies is overwhelming. Without it, preterm babies would mostly die or suffer significantly from conditions associated with prematurity, leaving them with significant disability,” says Professor Dino Giussani from the Department of Physiology, Development & Neuroscience at the University of Cambridge.

“Unfortunately, there can be subtle adverse effects from the therapy that suggest we need to fine-tune current clinical therapy to maintain its beneficial effects but weed out any potential negative adverse effects later in life.”

In a review published online in the journal Trends in Endocrinology and Metabolism, Professor Giussani and PhD student Tessa Garrud propose that in future, combined therapy of glucocorticoids with specific antioxidants may be safer for the treatment of the premature baby.

In their article, the researchers argue that while much is known about the physiological mechanisms via which glucocorticoids have a beneficial effect, far less is understood about those mechanisms by which the treatment can cause subtle negative effects. In part this is because it is difficult to ascertain which long term health problems are as a result of glucocorticoid treatment and which are due to the detrimental effects of preterm birth.

Professor Giussani and Ms Garrud point to research that suggests one likely culprit mechanism is the capacity of synthetic glucocorticoids to induce what is so-called ‘oxidative stress’, caused by an imbalance in the body of unstable atoms known as free radicals. While the body needs a certain number of free radicals for cell signalling or to stimulate repair, an overabundance can cause damage. Oxidative stress has been shown to lead to restricted blood flow and can damage the cardiovascular system in the long-term.

Professor Giussani adds: “We believe it is time to study these further potential benefits in clinical trials. Glucocorticoid therapy is clearly a life-saver and is here to stay, but we support that treatment could be improved even further to maintain benefits while improving safety.”

The research was supported by the British Heart Foundation and Wellcome. 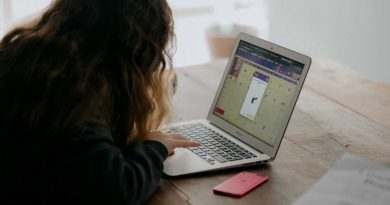 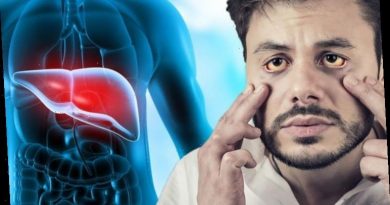 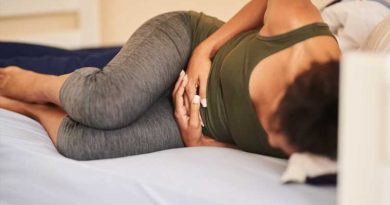 5 Things You Should Know About Endometriosis