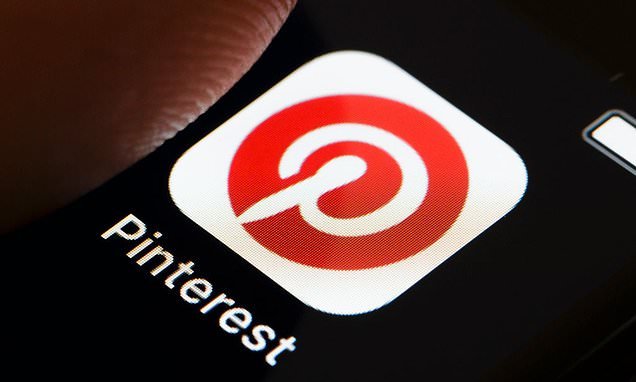 Pinterest is taking a stand against the anti-vaxxer movement blamed for fueling US outbreaks of the measles by removing any content advising against shots.

The move by inspiration-oriented social media site has been criticized for broadly blocking any search results for terms like ‘vaccination’ or ‘vaccine.’

But DailyMail.com discovered that even that the seemingly radical measure fails to keep out anti-vaxxer posts, like those promoting a film by disgraced scientist Andrew Wakefield, whose debunked research incorrectly linked shots to autism.

Measles outbreaks have cropped out in 10 US states, sickening at least 127 people and centering around anti-vaxxer ‘hotspots.’

Misguided theories that vaccines – like the measles, mumps and rubella shot – are dangerous and cause autism spread like wildfire in online communities.

So social media companies find themselves in the crossfire of free speech and dangerous misinformation. 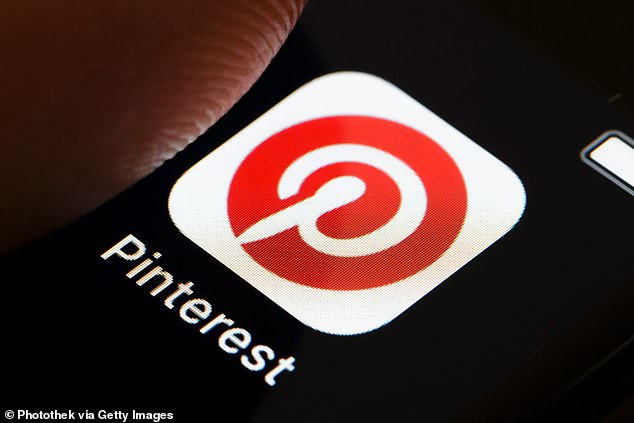 Pinterest was an early adopter of policies against health misinformation. It has expanded its attempts against anti-vaxxer content to block all searchers for ‘vaccine’ – but it doesn’t work

In fact, two recent studies found that about half of all parents are exposed to health misinformation and, alarmingly, that Russian bots have played a significant role in the spread of false information about vaccines in the US via Twitter.

Alarmed by this pattern, Representative Adam Schiff of California, penned a letter to Facebook CEO Mark Zuckerberg urging him to intervene in the dissemination of vaccine misinformation on the platform of over a billion users.

‘The algorithms which power these services are not designed to distinguish quality information from misinformation or misleading information, and the consequences of that are particularly troubling for public health issues,’ Schiff wrote last week.

And a Congressional hearing on the outbreak is schedules for February 27, while a Senate analogue is on the books for March 5.

For its part, Pinterest preempted the current debacle of medical misinformation in 2017.

The social media site – where users create digital inspiration boards – takes a clear stance against invalid health advice and promises to remove such content from its site.

‘We don’t allow advice when it has immediate and detrimental effects on a Pinner’s health or on public safety’ the policy states.

It even goes a step further and addresses anti-vax sentiments direction.

‘This includes promotion of false cures for terminal or chronic illnesses and anti-vaccination advice.’

But detecting and removing specifically anti-vaccination posts proved such a challenge that Pinterest wound up switching over to a more broad sweeping method.

As part of its ‘enforcement’ strategy, Pinterest has begun wholesale blocking results for all vaccine-related searches.

By way of explanation, its policy says: ‘If a search returns largely polluted results that violate our policies, we will stop serving the query, either temporarily or permanently.

Recently, Pinterest simply started blocking results for the search term ‘vaccination’ (pictured) because the Pins it returned were ‘polluted’ a move some saw as radical

‘We started blocking certain searches related to vaccinations and cancer cures last year, because results were leading to harmful misinformation. If a search term is blocked, we provide an explanation for why and a link users can click through to learn more about our community guidelines.’

Sure enough, the search terms ‘vaccine’ and ‘vaccination’ return no results, except for a notice that ‘Pins about this topic often violate our community guidelines, so we’re currently unable to show search results.’

That might seem to address Representative Schiff’s criticism that Facebook’s algorithms aren’t adequate to distinguish misinformation from valid information, albeit by refusing to disseminate any vaccine information.

‘It might be viewed as radical, but Pinterist is really taking a hard stance on the idea of revisiting the reputational path’ – establishing the merit of information based on its sources – ‘of what’s shared on their site and its intent,’ she says.

‘Their measure is kind of in response to the power of social proof … [in which] people sharing a concern gives it this kind of power because their friends share it and that validates it, whether scientific data does or not.

‘Social media sites were founded with the idea of personal freedom but along with that comes the responsibility to keep a small group of individuals from taking a course of action that impacts an entire community.’ 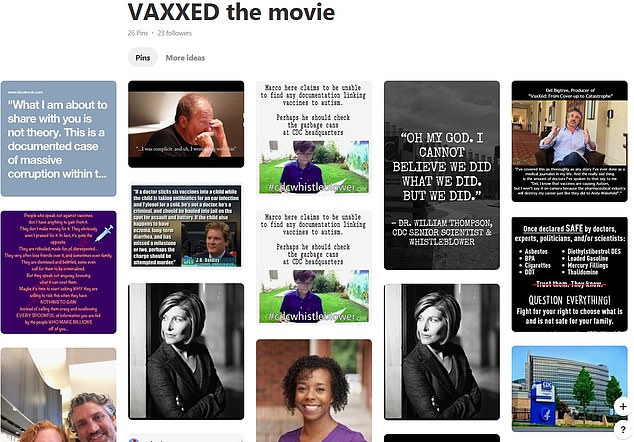 When DailyMail.com typed in ‘Vaxx,’ Pinterest recommended this board, dedicated to ‘VAXXED the movie,’ the film created by disgraced anti-vaxxer scientist Andrew Wakefield

The search term ‘anti-vaxxer’ returns results, although most are simply memes critical of anti-vaxxers.

And, more glaringly, when you begin to type in ‘vaxx,’ Pinterest actually recommends a board entitled ‘VAXXED the movie,’ the title of the film made by Andrew Wakefield whose now-debunked research linking MMR shots to autism gave rise to the modern wave of the anti-vaccination sentiment.

On the board are dozens of Pins posted by users whose own accounts, in turn, are populated with anti-vaccination sentiments.

So, in short, Pinterest’s is an imperfect solution, too.

When Daily Mail Online asked Pinterest about these results and their methodology for identifying health misinformation, a spokesperson replied: ‘We use data queries to proactively find this content, and from there we can identify related content and trends, like new terms associated with it, websites it is coming from as well as users saving it.’

She said the Pinterest team compares this content to CDC and WHO information to fact check it.

‘While we have an extensive list of terms, there will always be a ton of variations, and that’s why blocking at the search level is just one of the ways we enforce our community guidelines.

‘This is constant work in progress, and that’s why we work with outside groups and health experts to help us make improvements,’ the spokesperson said.

YouTube has tweaked its algorithms to stop offering suggestions for more anti-vaxxer content as ‘suggestions’ to viewers and Facebook says it’s working on its own measures.

But one thing is clear: social media companies designed to connect like-minded groups are now struggling to keep up with the frenzied spread of agreed up – but dangerous and incorrect – misinformation. 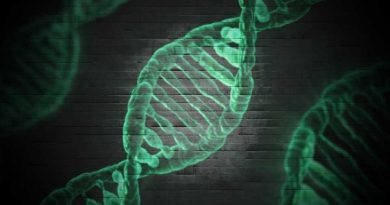 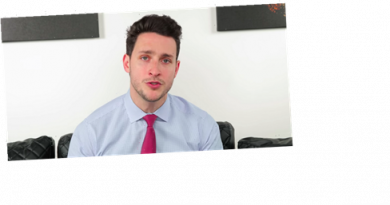 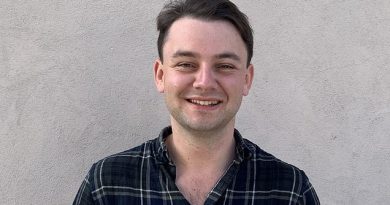