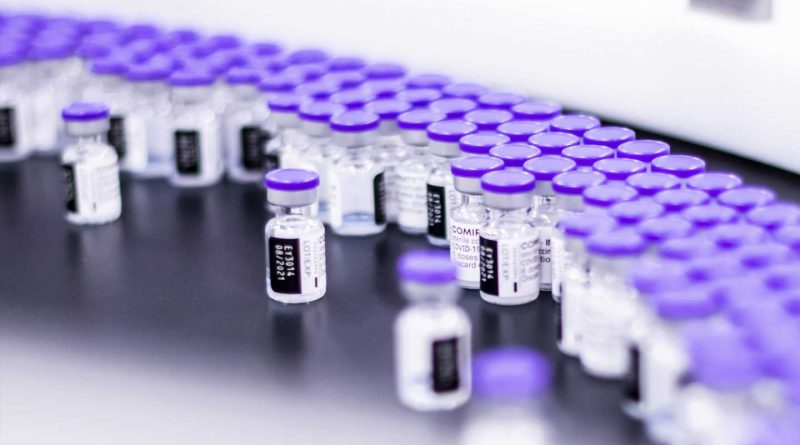 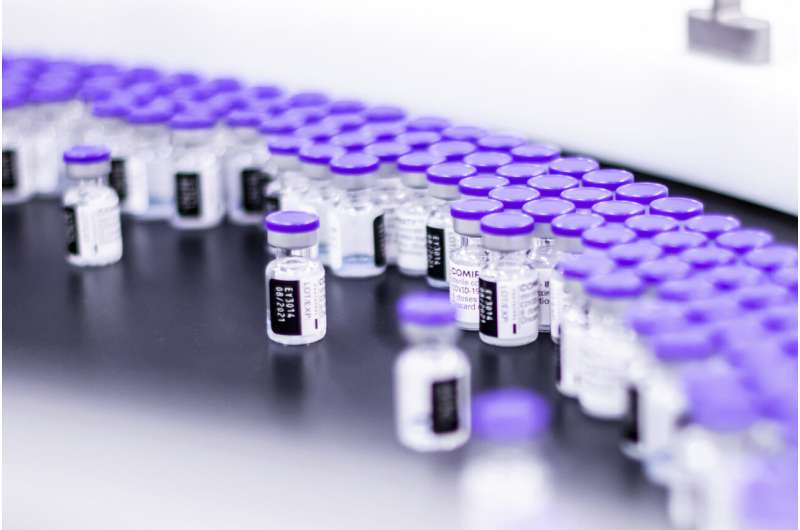 Pfizer is about to seek U.S. authorization for a third dose of its COVID-19 vaccine, saying Thursday that another shot within 12 months could dramatically boost immunity and maybe help ward off the latest worrisome coronavirus mutant.

Research from multiple countries shows the Pfizer shot and other widely used COVID-19 vaccines offer strong protection against the highly contagious delta variant, which is spreading rapidly around the world and now accounts for most new U.S. infections.

Two doses of most vaccines are critical to develop high levels of virus-fighting antibodies against all versions of the coronavirus, not just the delta variant—and most of the world still is desperate to get those initial protective doses as the pandemic continues to rage.

But antibodies naturally wane over time, so studies also are underway to tell if and when boosters might be needed.

In August, Pfizer plans to ask the Food and Drug Administration for emergency authorization of a third dose, he said.

Why might that matter for fighting the delta variant? Dolsten pointed to data from Britain and Israel showing the Pfizer vaccine “neutralizes the delta variant very well.” The assumption, he said, is that when antibodies drop low enough, the delta virus eventually could cause a mild infection before the immune system kicks back in.

But FDA authorization would be just a first step—it wouldn’t automatically mean Americans get offered boosters, cautioned Dr. William Schaffner, a vaccine expert at Vanderbilt University Medical Center. Public health authorities would have to decide if they’re really needed, especially since millions of people have no protection.

“The vaccines were designed to keep us out of the hospital” and continue to do so despite the more contagious delta variant, he said. Giving another dose would be “a huge effort while we are at the moment striving to get people the first dose.”

U.S. health agencies “are engaged in a science-based, rigorous process to consider whether or when a booster might be necessary,” the FDA and Centers for Disease Control and Prevention said in a joint statement. That work will include data from the drug companies, “but does not rely on those data exclusively,” and any decision on booster shots would happen only when “the science demonstrates that they are needed,” the agencies said.

Currently only about 48% of the U.S. population is fully vaccinated—and some parts of the country have far lower immunization rates, places where the delta variant is surging. On Thursday, Dr. Rochelle Walensky, the CDC director, said that’s leading to “two truths”—highly immunized swaths of America are getting back to normal while hospitalizations are rising in other places. 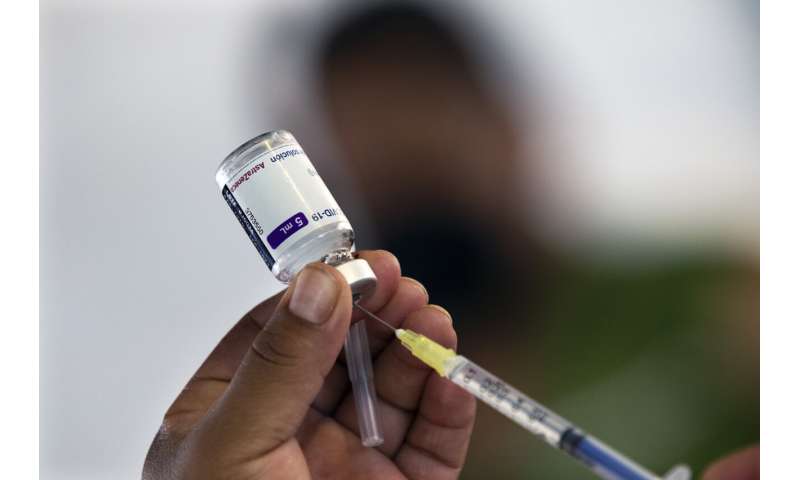 “This rapid rise is troubling,” she said: A few weeks ago the delta variant accounted for just over a quarter of new U.S. cases, but it now accounts for just over 50%—and in some places, such as parts of the Midwest, as much as 80%.

In laboratory tests, blood from several dozen people given their first dose of the Pfizer or AstraZeneca vaccines “barely inhibited” the delta variant, the team reported in the journal Nature. But weeks after getting their second dose, nearly all had what researchers deemed an immune boost strong enough to neutralize the delta variant—even if it was a little less potent than against earlier versions of the virus.

The French researchers also tested unvaccinated people who had survived a bout of the coronavirus, and found their antibodies were four-fold less potent against the new mutant. But a single vaccine dose dramatically boosted their antibody levels—sparking cross-protection against the delta variant and two other mutants, the study found. That supports public health recommendations that COVID-19 survivors get vaccinated rather than relying on natural immunity.

The lab experiments add to real-world data that the delta variant’s mutations aren’t evading the vaccines most widely used in Western countries, but underscore that it’s crucial to get more of the world immunized before the virus evolves even more.

Researchers in Britain found two doses of the Pfizer vaccine, for example, are 96% protective against hospitalization with the delta variant and 88% effective against symptomatic infection. That finding was echoed last weekend by Canadian researchers, while a report from Israel suggested protection against mild delta infection may have dipped lower, to 64%.

“Let me emphasize, if you were vaccinated, you have a very high degree of protection,” Dr. Anthony Fauci, the U.S. government’s top infectious disease expert, said Thursday. 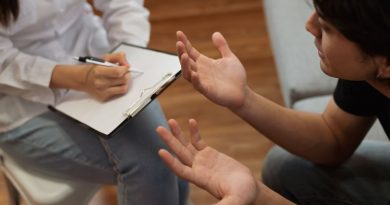 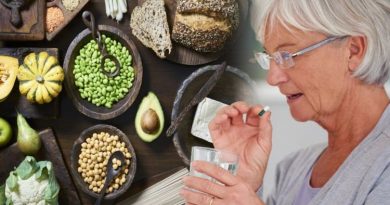 Vitamin B12 symptoms: Five of the best foods to eat if you want to avoid the condition 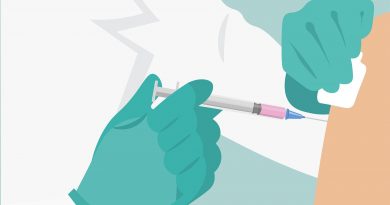 India reviews AstraZeneca side effects after concerns in Europe