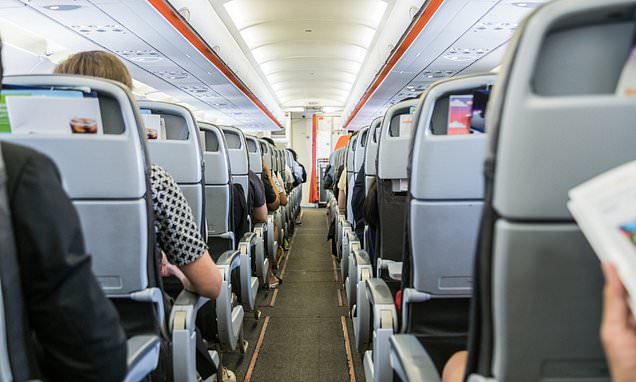 Passengers on board a flight from London to Reykjavik have been warned of possible exposure to measles.

Icelandair customers who flew from Heathrow to the Icelandic capital on the February 14 flight FI455 have been told to seek medical help if they show any symptoms of the viral illness.

The country’s chief epidemiologist has warned the crew and passengers there may have been an infected traveller within the aircraft. 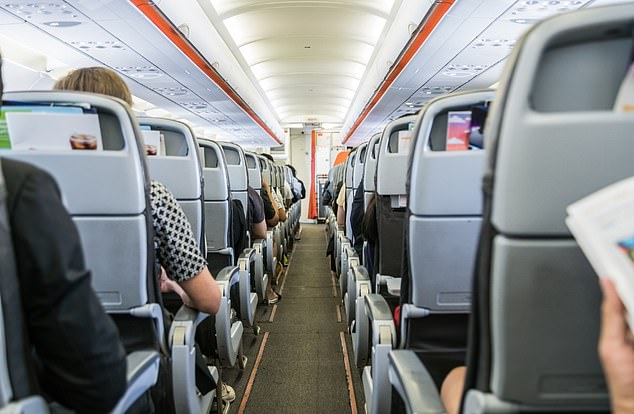 Risk: Iceland’s Chief Epidemiologist has warned the crew and passengers there may have been an infection inside the craft resulting from a holidaymaker with the virus (stock)

The announcement from the Icelandic authorities claims those suffering from measles only become contagious once symptoms begin to show.

The disease then remains contagious for between seven and ten days.

Those who have not been vaccinated against measles have been particularly encouraged to see a doctor if they have a fever, symptoms of a cold, a rash or bloodshot eyes.

Although symptoms may pass within a week, the NHS warns it can still lead to ‘serious and potentially life-threatening complications in some people’.

As a result, people are told to contact a doctor straight away if they feel they have the disease – notifying them in advance of a visit so quarantine arrangements can be made.

Local media report passengers who flew from Reykjavik to Egilsstadir in Iceland with Air Iceland Connect on February 15 have been sent the same warning. 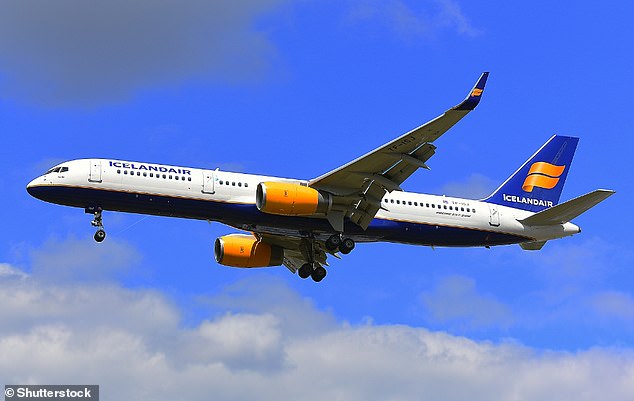 Where and when? People travelling from Heathrow-Reykjavik on February 14th flight FI455

MEASLES: WHAT ARE THE SYMPTOMS?

– A runny or blocked nose

– A high temperature around 40C

– A small greyish-white spots in mouth

– Tiredness, irritability and a general lack of energy

Reports state a measles outbreak is unlikely to occur in Iceland as 95 per cent of the country’s population have been vaccinated against it.

Measles, which spreads easily through the coughs and sneezes of infected people, can be deadly if untreated.

The news comes shortly after federal health officials identified more than 101 measles cases in the US.

The Centers for Disease Control and Prevention claims there have been confirmed cases in ten US states since January 1.

The first measles vaccine was introduced in 1963 and by 2000, it was considered eradicated in the US.

But the highly-infectious disease has been spreading among people who are unvaccinated or live in states that allow non-medical exemptions for vaccines.

WHAT IS MEASLES, WHAT ARE THE SYMPTOMS AND HOW CAN YOU CATCH IT?

Measles is a highly contagious viral infection that spreads easily from an injected person by coughing, sneezing or even just breathing.

Symptoms develop between six and 19 days after infection, and include a runny nose, cough, sore eyes, a fever and a rash.

The rash appears as red and blotchy marks on the hairline that travel down over several days, turning brown and eventually fading.

Some children complain of disliking bright lights or develop white spots with red backgrounds on their tongue.

In one in 15 cases, measles can cause life-threatening complications including pneumonia, convulsions and encephalitis.

‘[It] can cause encephalitis which is inflammation of the brain.

‘Encephalitis can result in death or disability.’

Measles can be prevented by receiving two vaccinations, the first at 13 months old and the second at three years and four months to five years old. 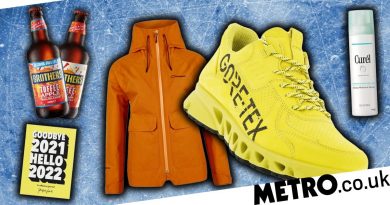 The Fit List: Gear up for the new year with these fitness and wellness buys 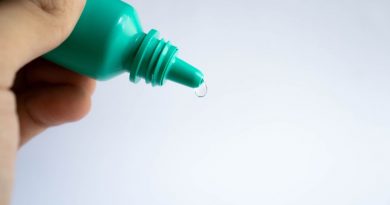 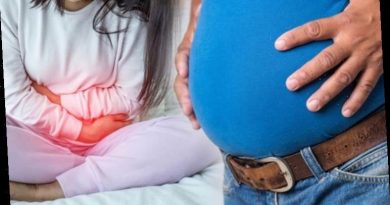