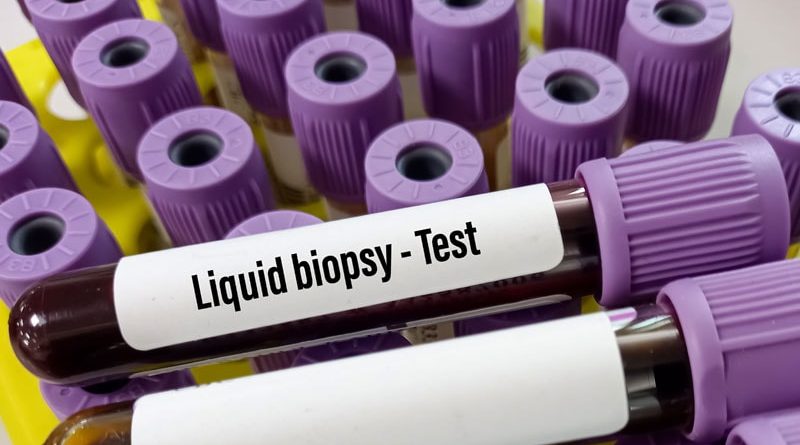 A simple blood test that looks for a combination of specific RNA snippets may become a novel way to screen for early-onset colorectal cancer, suggests a new study published online in Gastroenterology.

Researchers identified four microRNAs that together comprise a signature biomarker that can be used to detect and diagnose the presence of colorectal cancer from a liquid biopsy in a younger population.

MicroRNAs, or miRNAs, are small RNA molecules that do not encode proteins but are used instead to regulate gene expression. The study authors developed and validated a panel that detects four miRNAs occurring at higher levels in plasma samples from patients with early-onset colorectal cancer, with high sensitivity and specificity.

“The point would be to use this test as a routine part of annual healthcare, or for people in high-risk families every 6 months,” study senior author Ajay Goel, PhD, MS, chair of the Department of Molecular Diagnostics and Experimental Therapeutics at the City of Hope Comprehensive Cancer Center, Duarte, California, told Medscape Medical News.

“It’s affordable, it can be done easily from a small tube of blood, and as long as that test stays negative, you’re good,” Goel said, because even if patients miss a test, the next one, whether it’s 6 months or a year later, will catch any potential cancer.

“Colon cancer is not going to kill somebody overnight, so this should be used as a precursor to colonoscopy. As long as that test is negative, you can postpone a colonoscopy,” he said.

Andrew T. Chan, MD, MPH, a professor of medicine at Harvard Medical School and vice chair of gastroenterology at Massachusetts General Hospital, who was not involved in the research, told Medscape Medical News that the findings are exciting.

“It would be really value-added to have a blood-based screening test,” Chan said, adding that researchers have pursued multiple different avenues in pursuit of one. “It’s very nice to see that area progress and to actually have some evidence that microRNAs could be a potential biomarker for colorectal cancer.”

The US Preventive Services Task Force recently lowered the recommended age to 45 years to begin screening for colorectal cancer. Part of the rationale for the change came from the rising rates of early-onset colorectal cancer, a distinct clinical and molecular entity that tends to have poorer survival than late-onset disease, the authors note.

Early-onset disease, occurring primarily in people under 50 without a family or genetic history of colorectal cancer, now makes up about 10%-15% of all new cases and continues to rise, they write.

Colonoscopies are invasive, carry a risk for complications, and are cost- and time-prohibitive for people at average risk. Meanwhile, existing fecal and blood tests “lack adequate diagnostic performance for the early detection of colorectal cancer, especially early-onset colorectal cancer, as these assays have yet to be explored or developed in this population,” they write.

The ideal “diagnostic modality should preferably be acceptable to healthy individuals, inexpensive, rapid, and preferably noninvasive,” they note.

The researchers therefore turned to the concept of a liquid biopsy, focusing on identifying miRNAs associated with colorectal cancer, because their expression tends to be stable in tissues, blood, stool, and other body fluids.

The researchers found 28 miRNAs that were significantly unregulated in early-onset colorectal cancer tissue samples compared with cancer-free samples and 11 miRNAs unregulated specifically in only the early-onset colorectal cancer samples. Four of these 11 miRNAs were adequately distinct from one another and were detectable in the plasma samples that the researchers would use to train and validate them as a combination biomarker.

The researchers used 117 plasma samples from Japan, including 72 from people with early-onset colorectal cancer and 45 from healthy donors, to develop and train an assay detecting the four miRNAs. They then validated the assay using 142 plasma samples from Spain, including 77 with early-onset colorectal cancer and 65 healthy donors.

“Taken together, the genome-wide transcriptomic profiling approach was indeed robust, as it identified the biomarkers that were successfully trained and validated in plasma specimens from independent cohorts of patients with early-onset colorectal cancer, hence highlighting their translational potential in the clinic for the detection of this malignancy in early stages,” the authors write.

The researchers also assessed the benefit-harm tradeoff of this liquid biopsy assay compared with other screening modalities, taking into consideration the risk for false-positives and false-negatives.

A decision curve analysis “revealed that the miRNA panel achieved a higher net benefit regardless of threshold probability in comparison to intervention for all patients or none of the patients,” the researchers report. “These findings suggest that this miRNA panel might offer more clinical benefit with regards to the avoidance of physical harm and misdiagnosis.”

They also found that expression levels of these four miRNAs significantly decreased after surgical removal of the colorectal cancer, strongly suggesting that the miRNAs do originate with the tumor.

“To have a relatively inexpensive and noninvasive means of screening a younger population is a very important unmet need,” said Chan.

It’s not feasible to recommend colonoscopies in people younger than 45 years because of resource constraints, he said, so “this is a wonderful new development to actually have the possibility of a blood-based screening test for younger individuals, especially given that rising incidence of young-onset colorectal cancer.”

Goel pointed out that only half of those recommended to get screened for colorectal cancer actually undergo screening, and a large reason for that is the desire to avoid colonoscopy, a concern echoed in the findings of a recent study by Christopher V. Almario, MD, MSHPM, and colleagues.

Goel expects that this strategy would increase compliance with screening because it’s less invasive and more affordable, particularly for younger patients. He estimates that a commercial assay using this panel, if approved by the US Food and Drug Administration (FDA), should cost less than $100.

Almario, an assistant professor of medicine at the Cedars-Sinai Karsh Division of Gastroenterology and Hepatology in Los Angeles, agreed that an FDA-approved blood-based screening test would be a “game-changer,” as long as it’s accurate and effective.

Though Almario did not review the data in Goel’s study, he told Medscape Medical News that a blood test for colorectal cancer screening would be “the holy grail, so to speak, in terms of really moving the needle on screening uptake.”

Chan noted that one caveat to consider with this study is that it was done in a relatively small population of individuals, even though the test was validated in a second set of plasma samples.

“Additional validation needs to be done in larger numbers of patients to really understand the performance characteristics because it is possible that some of these signatures may, when they’re using a broader group of individuals, not perform as well,” Chan said.

Goel said he is working with several companies right now to develop and further test a commercial product. He anticipates it may be shelf-ready in 2-5 years.

“The take-home message is that clinicians need to be more cognizant of the fact that incidence of this disease is rising, and we need to do something about it,” Goel said, particularly for those younger than 45 years who currently don’t have a screening option.

“Now we have at least a sliver of hope for those who might be suffering from this disease, for those for whom we have zero screening or diagnostic tests,” he said.

The research was funded by the National Cancer Institute and Fundación MAPFRE Guanarteme. Goel, Chan, and Almario report no conflicts of interest.

Tara Haelle is a Dallas-based science journalist. Follow her at @tarahaelle 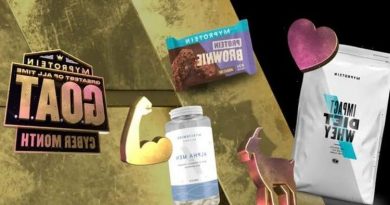 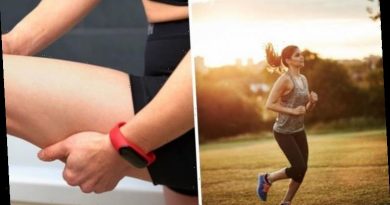 How to stop chafing when running – 8 ways to avoid chafing 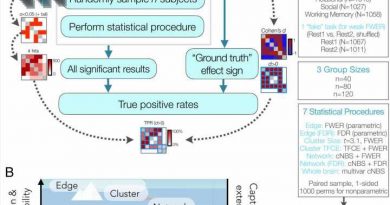 To better understand the brain, look at the bigger picture