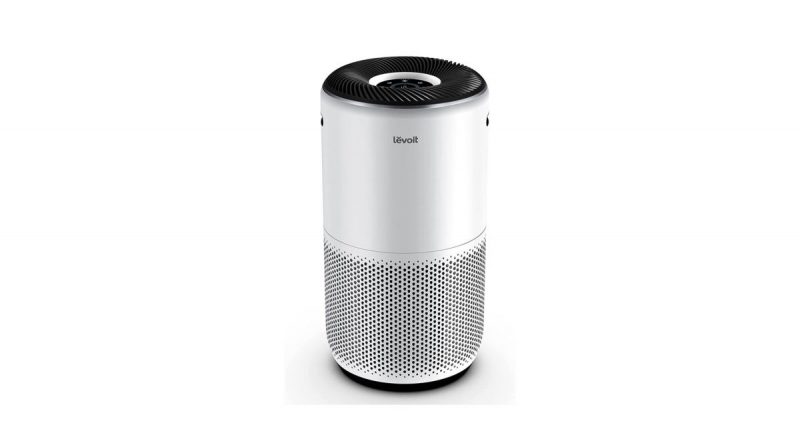 In this Levoit 400S air purifier review, we’ll be giving you the lowdown on this high-performance air purifier, from how easy it is to set up and start using, to how it works to improve your indoor air quality. Plus, we’ll be letting you in on the features we love and what we’re not so keen on.

The Levoit 400S air purifier makes an impressive claim – to completely purify your indoor air in just a matter of minutes. It uses a True HEPA 3-stage filter to capture airborne particles, such as smoke, dust, pollen, and pet dander. It even traps and removes some, but not all, bacteria and viruses. Finally, an activated carbon filter absorbs volatile organic compounds (VOCs), which are gases released from a range of sources such as aerosols, household fumes, and odors.

Compatible with Alexa and Google Home

Covers rooms up to 400 square feet

A QR code included with the manual allows you to access the VeSync app to control the purifier and monitor air quality data. Compatible voice services, such as Alexa and Google Assistant, allow you to turn the purifier off and on and change the settings without having to touch the machine.

The app itself is easy to navigate and use. Using the schedule functionality, users can create a daily and weekly schedule for the appliance to turn on, so you can set it to start working just before you return home from work. You can also set a timer, see your filter’s life, and even buy a new filter within the app.

The app is set up for multiple purifiers so you can give each device a name and control it via the same app.

The app also features a graph that charts the levels of 2.5-micron particles throughout the day, so users can see peaks and troughs in air quality throughout a 24-hour period. Plus, a bar chart shows historic air quality data for each day.

Unfortunately, for all its great functionality, the VeSync app wasn’t always reliable. During the course of our testing, we had to uninstall and reinstall the app twice when it crashed.

Levoit 400S air purifier review: How big is it?

The Levoit 400S is a stylish, smooth white cylinder shape with a futuristic-looking circular black vent at the top. It features two small, indented handles on either side, making the appliance easy to pick up and set down.

Levoit 400S air purifier review: How easy is it to use?

The controls are also easy to use straight away. A touch-sensitive control panel that sits at the center of the vented ‘wheel’ features the following buttons:

There is also a ‘check filter’ indicator that lights up when the filter needs replacing. But the best thing about the control panel is that it features a series of color-coded indicator rings that tell you how clean your air is right now, from blue (very good) right through to red (bad). This measures particles smaller than 2.5 microns at any given moment while the appliance is on, so it’s useful for getting a visual of how clean your air is, without logging into the app.

Although the Levoit 400S does not provide an icon tracking 0.3- or 10-micron particles, users can be reassured that it does absorb these, as our at-home testing shows below.

Auto mode adjusts settings automatically to work efficiently or at your preferred quietest setting, while a sleep mode dims the display and adjusts the purifier to its quietest settings. The timer or schedule function can be used to switch the purifier off at a preset time.

The Levoit 400S air purifier features a HEPA H13 filter, which means it should remove at least 99.95% of airborne particles. We put it to the test with a series of trials, assessing ambient air quality before and after use of the purifier, alongside a match smoke test and an incense smoke test. For all our trials we ran the purifier at a level lower than 50 decibels (level 3) and again at its highest setting (level 4). Level 4 clocks in at around 52 decibels, which is about the same level as a normal conversation.

During our ambient air quality test in a 30m3 sealed room, we ran the purifier for 30 minutes at a setting lower than 50 decibels (at the third-highest fan setting). We found that the Levoit 400S absorbed an impressive 99.5% of particles smaller than 0.3 microns and 100% of particles smaller than 2.5 microns and smaller than 10 microns. When we reran the test with the purifier on its highest setting (turbo level 4), we got the same results. So there didn’t appear to be much difference, if any, between the two highest settings when purifying ambient air quality.

This is an air purifier that is hard to beat, especially at such an affordable price. From the intuitive app with its wide range of functionality to the stylish sleek design, the Levoit 400S packs a lot in for a mid-range purifier. We particularly like the ability to review historical and present air quality via the app through the handy charts, along with the functionality to schedule your purifier to work around a busy family day.

Levoit 400S air purifier review: What’s not so good about it?

The app isn’t as reliable as it should be. We had to reinstall it twice when it crashed over the course of our testing period. This could quickly become irritating for users who want a seamless connection to their purifier via their smartphone.

The Levoit 400S scores an impressive 5 stars out of 5 on Amazon, with 85% of reviews giving it the full 5 stars. Negative reviews cite problems with the VeSync app and a lack of sturdiness in design.

Positive reviews praise the purifier’s accuracy in tracking 2.5-micron particles and its ability to manage and remove unpleasant odors, dust, and pet dander. Customers particularly like the look of the Levoit 400S, although some say it feels a little big. They also appreciate how quietly the purifier runs on its lower settings.

The Levoit could be the ideal air purifier for you if you’re looking for an effective air purifier that’s big on performance but doesn’t blow the budget.

Quietly powerful and with an intuitive app and interface, the Levoit 400S is the best-performing air purifier we’ve reviewed so far. However, the app’s reliability needs improving to boost this review to a full five stars.

Levoit 400S air purifier review: If this product isn’t for you

If you’re impressed by Levoit technology but looking for something a little more compact, then the Levoit Personal True HEPA Air Purifier may be the right choice. Its smaller size and three-stage filtration system make it a good fit for smaller homes and apartments.

Joanne Lewsley is a UK-based freelance writer and editor, covering health and lifestyle news and features. She creates evidence-based health and parenting content and has worked with some of the world’s best-known brands and websites, including BabyCentre UK and Medical News Today. 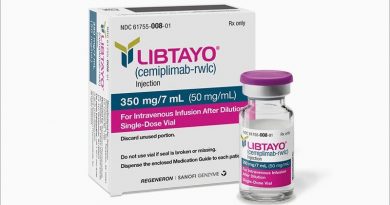 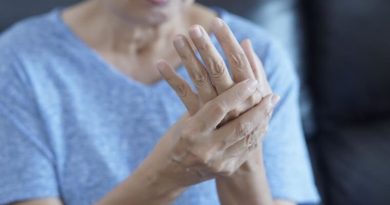 New breakthrough in the treatment of rheumatoid arthritis 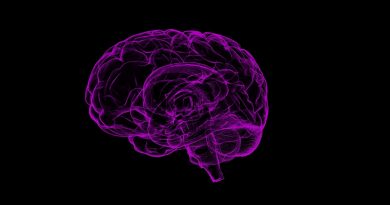