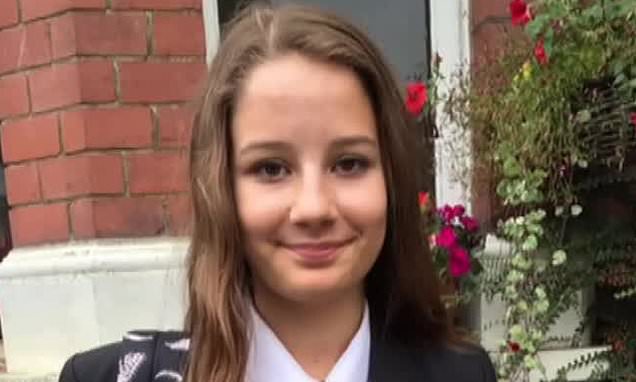 Dr MAX The Mind Doctor: NHS phone app to treat children with depression is the last thing troubled girls like Molly Russell need after she took her own life when she viewed images glorifying suicide on Instagram

What is the answer to the overwhelming numbers of children who are now struggling with mental health problems?

Investment in Child and Adolescent Mental Health Services? A push to recruit more professionals into child psychology and psychiatry?

No, apparently the answer is smartphones. 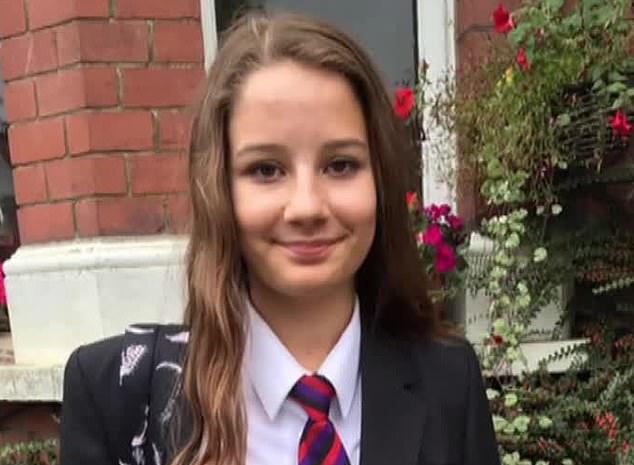 The heart-breaking story in the Mail this week of Molly Russell, a 14-year-old girl who took her own life in November 2017, should surely make us extremely wary of encouraging youngsters to spend more time on their phones

In an attempt to cut lengthy waiting times for five to 18-year-olds with mental health problems, the NHS announced this week that it will offer to treat children with depression through a mobile phone app rather than make them wait for face-to-face therapy.

This is utter madness. The heart-breaking story in the Mail this week of Molly Russell, a 14-year-old girl who took her own life in November 2017, should surely make us extremely wary of encouraging youngsters to spend more time on their phones.

Speaking publicly for the first time about her death, Molly’s father Ian highlighted the role that social media played in it. 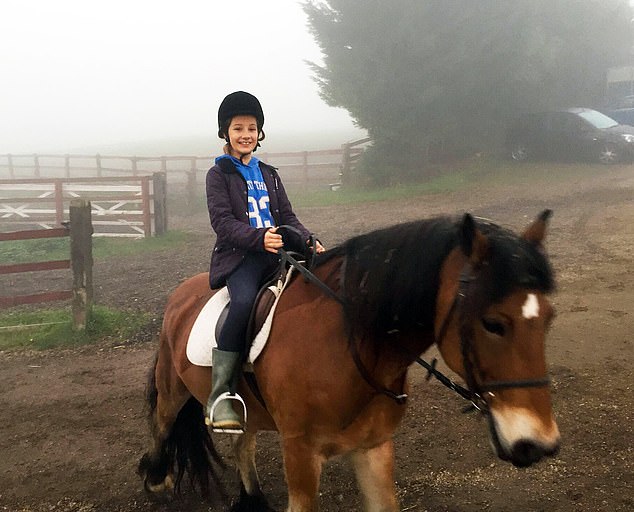 In the drive to cut costs, we are lamentably failing to care for the most vulnerable and needy youngsters of all. The fate of poor, 14-year-old Molly Russell (pictured above in 2009) is a tragic reminder of how dangerous that can be

He said he had ‘no doubt’ the photo-sharing site Instagram — where she could see hundreds of thousands of images of people harming themselves and discussing suicide — had ‘helped kill my daughter’.

One account she followed had an image of a blindfolded girl, seemingly with bleeding eyes, hugging a teddy bear. Beneath it was the caption: ‘This world is so cruel, and I don’t wanna see it any more.’

Quite apart from the disturbing nature of the material, the point is that social media isolates users from the outside world, stopping them from talking about their difficulties.

Where mental health is concerned, human interaction is vital. We should be encouraging our children to look up from their screens, not down. Report after report warns parents to reduce the amount of time the young spend on their screens.

So why on earth do those in charge of the NHS fly in the face of the evidence and think it a good idea to encourage suffering youngsters to spend even more time on their mobile phones?

I’m no Luddite: I’m not afraid of embracing technological solutions to the NHS’s problems. But there are times when technology is not the answer. Vital clues as to the possible cause of these youngsters’ mental health will be missed if the NHS relies on phone apps.

It’s true that some become depressed for no apparent reason. A child can have a stable, loving home life without tension or undue pressures at school — and yet their mind is still stalked by a dark cloud of anxiety. 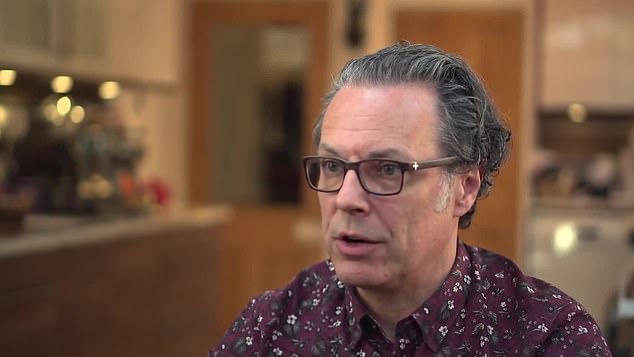 Speaking publicly for the first time about her death, Molly’s father Ian highlighted the role that social media played in it

But the fact is that, for the majority, this is not the case. Having worked in child mental health, my experience is that their problems are usually the result of external factors beyond their control. Conflict, bereavement, bullying, difficulties with learning — all of these can cause depression in youngsters.

Mental health difficulties are often a symptom of a problem within a child’s family, which is why it is vital that the family situation is assessed at the outset.

Sometimes there is a mis-match between a child’s emotional and psychological needs and their mother and father’s parenting style. And through no one’s fault, the child flounders because those needs are simply not being met.

It’s incredibly complex and often takes a long time to get to the bottom of what’s really going on and how best to help. How can an app be anything but an obstacle — and potentially a harmful one — when you are trying to grapple with such difficult issues?

As for the idea of treating five-year-olds through these smartphone apps, it should be anathema to any sensible practioner. If a child so young is depressed, something is going very wrong in their life and they need urgent and proper assessment.

My fear is that these apps will be seized upon by stressed, overworked GPs with just ten minutes to spare per patient. Families who urgently need help are going to be fobbed off.

In the drive to cut costs, we are lamentably failing to care for the most vulnerable and needy youngsters of all. The fate of poor, 14-year-old Molly Russell is a tragic reminder of how dangerous that can be.

Please don’t give to beggars

Whenever cold weather bites, it’s particularly hard to see homeless people huddled under blankets on the streets, and it’s tempting to give them cash or to buy them food or a hot drink.

Please don’t do any of these things. Having worked as a doctor with homeless people, I can tell you it does not help them at all. Quite the reverse.

If they’re given food or money, they become self-sufficient — which means they are less likely to seek help from official bodies such as community centres and soup kitchens where problems and illnesses can be spotted. 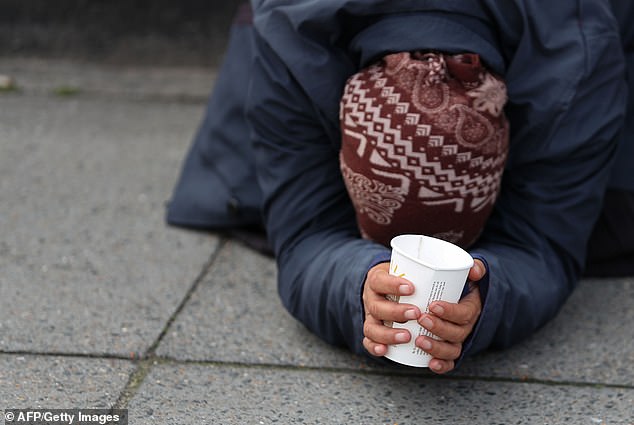 It means that when they become unwell, they pitch up at desperately over-stretched A&E. This is borne out by figures showing the number of visits to A&E by homeless people has trebled since 2011.

Cash donations provide a steady income stream to those with drug and alcohol addiction, while giving them food and hot drinks means beggars can keep more of their own money, which they may then be tempted to spend on drugs and alcohol.

The truth is that do-gooders are constantly thwarting the excellent services desperately working to help these people.

But that’s the problem. Giving to beggars on the street isn’t really about solving any problems — it’s about making the person doing the giving feel better about themselves.

How families can chew over worries

I don’t always agree with her killjoy, nannyish ways — for instance, advising women each time they reach for a glass of wine to ask themselves: ‘Do I want my glass of wine or do I want to raise my risk of breast cancer?’

But this week she has spoken out in defence of family mealtimes, which is a topic I feel strongly about. 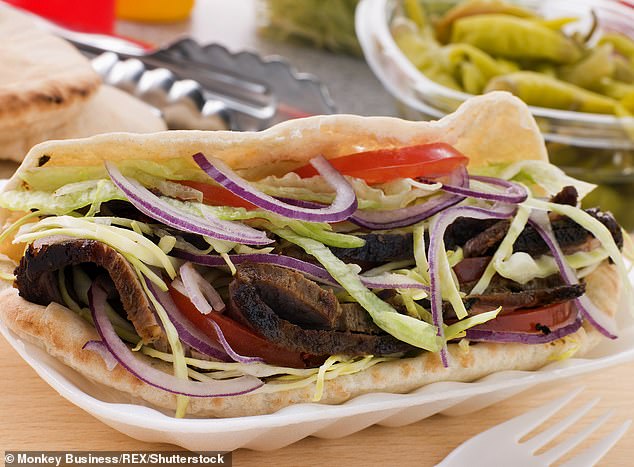 Now, too many children’s experience of mealtimes is a takeaway or hastily heated microwave meal eaten while half the family are glued to their phones and the other half to the TV screen — often not even in the same room [File photo]

It used to be that at least once a day all the family would sit down together to eat. But as families become increasingly fragmented and our lives become more frenetic, family mealtimes have become almost a thing of the past in many homes.

I lament this loss because such occasions provide a vital psychological and social function. Family mealtimes are an opportunity to air problems or concerns, to check in with one another, to re-establish bonds.

They used to provide an opportunity to spot when youngsters were struggling, not quite themselves or having a tough time. It was a chance to intervene, to nip things in the bud and to mobilise the rest of the family to support them.

Now, too many children’s experience of mealtimes is a takeaway or hastily heated microwave meal eaten while half the family are glued to their phones and the other half to the TV screen — often not even in the same room.

And we wonder why children today have so many problems.

Today, we’re in the wonderful position of being able to eradicate HIV entirely thanks to a combination drug termed ‘PrEP’ – Pre-Exposure Prophylaxis. Taken daily, it makes the user effectively immune to HIV.

It has been hailed a wonder drug, yet despite it being available on the NHS in Scotland and Wales for high-risk people, it is not freely available in England.

It is currently only available for those on a drug trial, meaning that thousands are missing out.

Last week, NHS England agreed to consider increasing the number of places on the trial — but that’s not good enough. PrEP is a triumph of science. Everyone at risk of the virus should have access to it.

A worrying report out this week, Joint Health of the Nation, showed the strong correlation between musculoskeletal health and mental health.

Research shows that over 60 per cent of people with osteoarthritis have difficulty walking and that 20 per cent have a depressive illness as a result. My Mum has had dreadful trouble with her osteoarthritis in her knees over the past few years, so I know how miserable this can be.

I started her on GOPO Joint Health capsules with rosehip extract, as trials show it can help reduce pain and stiffness.

Also, there’s some evidence that rosehip’s anti-inflammatory properties might actually help the cartilage in the joint to regenerate.

If osteoarthritis is blighting your life, then it might be worth a try. 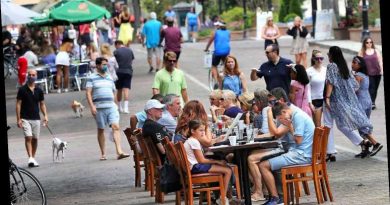 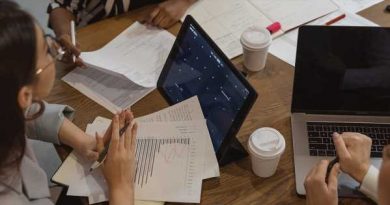