Home » Health News » Does Your Smartphone Make You a Dumber Dad? 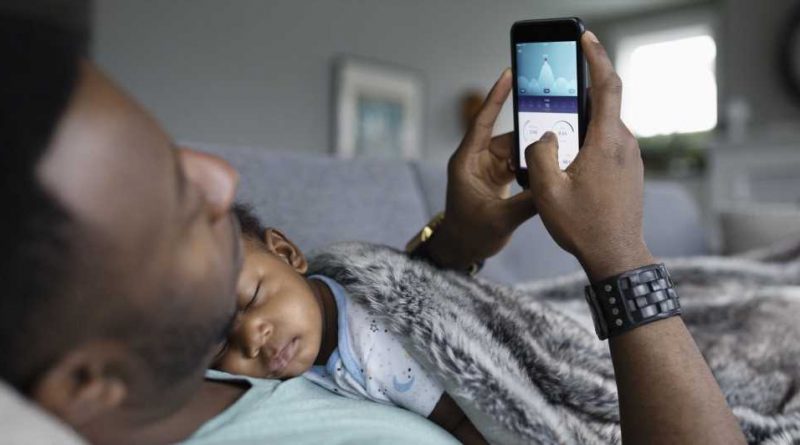 I hate clichés more than anything, but my kid is the best thing that has ever happened to me.

J. has softened my approach to the world (even as the world falls apart around us); he has rekindled my interest in the ways and means of the universe; and he has allowed me, for the first time in my life, to live outside the busy monkey brain that pounds away inside my skull, at least whenever he cradles his downy head against my chest.

He’s four, but he loves hexadecimals (whatever those are), tectonic plates, and the early work of Marvin Hamlisch. In some ways, I want to become more like him. I’m catching up on my National Geographic and my Wikipedia just so I can have a conversation on his level, and he’s helping me understand the origins of thunderstorms and the fractal wonders of the Fibonacci series.

When I’m not around, he sets up his stuffed animals in a circle, takes out his whiteboard, and says, “Animals, let’s do some math problems.” But I am his daddy, and that means that he inevitably wants to be like me.

And what does Daddy do?

Professionally, I’m a book writer, but more honestly, I’m an iPhone user who on occasion, to pay the mortgage, will pop out a novel or two.

The phone has taken over and partly destroyed my life. I’m on every level of social media, pounding out invective and publicizing my books. As a dystopian writer, I’m keeping up with the news on a 30-second basis, addicted to the despair around me. As a watch collector, my sad middle-aged hobby, I’m constantly surfing watch sites (yes, that’s a thing) and figuring out new pieces to stalk for my collection.

Texting? You bet. The usual texts to keep up with my spouse and friends and plumber, and the constant stream of work texts to agents, editors, and impatient livery drivers.

J. has picked up on the fact that Daddy lives on the phone, and he’s started swiping my phone and my wife’s, and, because he was born post-2010, he uses it as naturally as I used an abacus when I was growing up in the Soviet Union in the early 1970s.

I’m not worried about him finding the wrong content, at least not yet. He’s mostly into videos on prime numbers and the aurora australis. But he is figuring out that the future of his world will be lived as much in the digital realm as in the real one. Which is to say, my four-year-old has discovered texting.

“GOOD NEWS,” he writes to his beloved babysitter.

“THE THUNDERSTORM STOPPED NINE HOURS AND 20 MINUTES AGO.”

“CAN YOU GO TO WAGAMAMA WITH ME?”

“ABSOLUTELY,” his babysitter texts back. “THAT’S A LOT OF MONEY, J.”

“THANKS,” he texts her back.

I’m glad that my four-year-old is worried enough about his babysitter to make sure she stays out of the rain.

I’m also glad he can invite her to an early noodle dinner (4:30) and communicate that he’s got enough cash on hand for when the check comes. (I honestly don’t know how he got that much money. Has he been investing on the side?)

But is this right for a four-year-old? Am I denying him the opportunity to be a child? Should I be taking away his phone? More to the point, am I a bad role model?

Children were always in a hurry to grow up, but life was never this fast-paced and data-driven. When I was my son’s age, my father told me that there was a tree that grew baguettes. This idea obsessed me for probably a good full year.

He and I once passed a tree that looked like it had a bicycle tire stuck between its branches, and my father looked at me as if to say, “See? All kinds of stuff grows on trees.” It was then that I became a true believer.

These days, my son would just type “Do baguettes grow on trees?” into my phone and three seconds later tell me, “Daddy, that is not correct” in the same tone that he adopts with his stuffed animals when they get a problem wrong in “math class.”

I understand that human beings evolve, and that the barriers between humans and technology will continue to collapse. But I don’t want my son to go to the other side just yet, no matter how sophisticated it may seem.

Instead of relieving his fear and anxiety, the phone adds to it.

Perhaps it is time to tell my son the truth. Daddy looks at his phone so much not because it makes him happy but because every swipe and tap of his screen delivers a tiny burst of dopamine that makes him swipe and tap even more in an endless cycle designed to deliver ad revenue to a few large corporations in northern California.

Instead of relieving his fear and anxiety, the phone adds to it.

Maybe J. would understand all this. He knows when Daddy is scared. When confronted with the 443-foot-tall London Eye (I am both a claustrophobe and an acrophobe), he told me, “Don’t worry, Daddy; I’ll hold your hand.”

Parenthood in these troubled times is not for the fainthearted, and sometimes I forget that my son needs me more than I need him. It’s time to let go of the anxiety and dopamine craving and shut my phone down.

The real world is waiting for us, and so is the world of the imagination, which is the best world of all. I know of a baguette tree in Central Park that’s ripe for the picking.

—Gary Shteyngart is the author of several novels; his latest Lake Success. Bug him on Twitter @shteyngart. 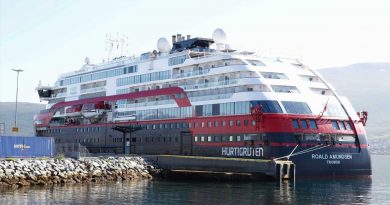 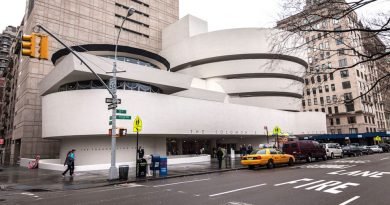