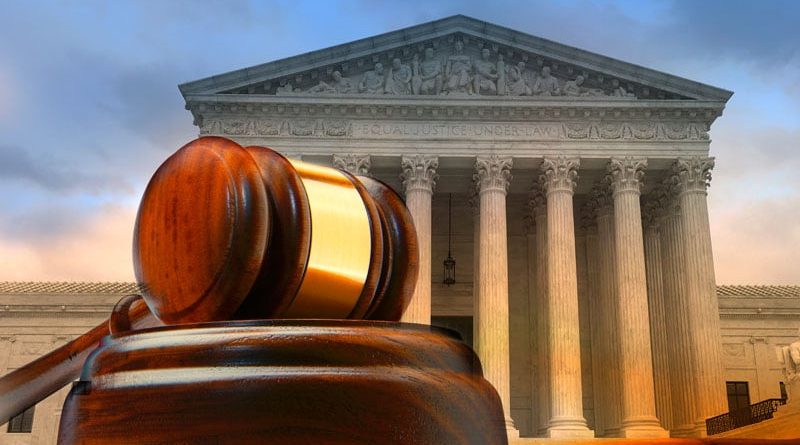 When Bhavik Kumar, MD, MPH, medical director of a Houston Planned Parenthood Clinic, got the word that the Supreme Court had overturned the constitutional protections provided by Roe v. Wade, he broke the news to the staff.

They were devastated, but followed the advice of their attorneys and shut down operations immediately and sent their pregnant patients home. Abortion clinics throughout Texas, Alabama, Arkansas, Louisiana, South Dakota, and Wisconsin also shut their doors immediately following the court’s 5-4 decision in Dobbs v. Jackson Women’s Health Organization.

“We were advised for the safety of staff and patients to pause our care, assess the decision, and move forward in any way we can,” says Kumar. Even if the law is unclear, “our legal guidance is to err on the more conservative side,” he adds.

Texas is one of nine states with pre-Roe v. Wade abortion bans still on the books that can now be enforced. Texas Attorney General Ken Paxton issued an advisory, saying “some prosecutors may choose to immediately pursue criminal prosecutions” against people who violate Texas’ pre-Roe abortion law. Violating the law could include time in federal prison.

Texas is also one of 13 states with “trigger laws” that ban abortions except in narrow circumstances such as when the mother’s life is in danger or rape or incest. The laws go into effect within the next 30 days unless a state court issues an injunction as seen in a few states already. Under the Texas “trigger law,” doctors could face life in prison and fines up to $100,000 if they perform abortions in violation of the law.

Thirteen other states are expected to enact laws that will restrict abortion further making the procedure illegal in half of the country. Many of these laws include medication abortion.

All of these laws have criminal penalties for violations, says Lisa C. Ikemoto, JD, professor of law at UC Davis School of Law, Davis, California, who specializes in reproductive rights and healthcare disparities. Doctors could have their licenses suspended or revoked, face hefty fines, and be imprisoned.

“This is really unfortunate. All of us want to provide the best medical care for our patients and not be weighing whether we will end up in prison for doing what’s in their best interests,” says Kumar.

Some states have already indicated that they intend to target the doctors and other individuals who provide abortions or who help patients get abortions rather than the patients themselves.

Physicians in Texas, Oklahoma, and Idaho would violate their abortion laws if they help women who seek abortions. Kumar explained how Planned Parenthood attorneys have interpreted the “aiding and abetting” language, which is also included in the pre-Roe law.

“We will be able to provide ultrasounds for people if that’s useful for them before they travel out-of-state for abortions, if they choose that or are able to do that. We can also tell them where they can get information about abortion care online such as Abortion Finder.org,” he said.

But the staff can no longer meet with women and “go through the process of helping them find a clinic, access the financial resources they may need, and think through whether they need support for travel, lodging, or actual medical care. We’re not able to get to that point yet because of the way pre-Roe ban was written,” says Kumar.

Physicians are also frustrated by the lack of clarity in how abortion restrictions are written in the laws. “The individuals writing these laws are not medical experts. The language is often incorrect, not clinically meaningful, and therefore confusing to those practicing medicine,” says Jen Villavicencio, MD, MPP, lead for equity transformation at the American College of Obstetricians and Gynecologists and an ob/gyn specializing in complex family planning.

The Texas laws make exceptions for pregnancies that put the mother’s life in danger or to prevent “substantial impairment of a major bodily function.” Ikemoto says that the first exception is broader than the second.

Doctors in Texas already have had experience with a similar exception in the abortion law (SB8) that was enacted last year. “The exception for when the mother’s life was in danger was unclear and difficult to know if and when it could be implemented. There was never a guarantee that someone would not bring a lawsuit forward under SB8 for providing this care,” says Kumar.

He heard from colleagues in hospitals after women showed up when their water broke early in their pregnancy. “One option is to terminate their pregnancy but some physicians were worried that patients weren’t sick enough to meet the life endangerment exception. It could take hours, days, or weeks to get to that point where it’s life-threatening. How absurd that a physician has to wait instead of trying to prevent that from happening?”

Kumar recommends that physicians in states with abortion bans determine what are the acceptable parameters for intervening and consult the institution’s legal department to advise them on how they can reduce liability.

Ikemoto suggests that physicians in states with the narrow exception or in jurisdictions with hostile district attorneys can protect themselves by documenting the medical reasons for the abortion. At the same time, physicians are still bound by the duty of confidentiality, HIPAA, and other laws that protect patient information, she says.

Another legal question is whether doctors could be sued by patients for not informing them of the full range of treatment options — including abortion — when their health is at risk.

“These bans can really affect the scope of practice and do so in a way that’s inconsistent with the standard of care for malpractice,” says Ikemoto.

She recommends that doctors seek legal advice from attorneys or legal advocacy organizations to gain clarity as to what the risks are and what is “legally safe” in their jurisdiction.

Are Doctors Required to Report Abortions?

The US Department of Health & Human Services (HHS) issued new guidance in late June for healthcare professionals to clarify what the Privacy Rule requires them to report in light of the restrictive abortion laws.

To some extent, HIPAA accommodates state laws that mandate reporting of patient information, says Ikemoto. The Privacy Rule permits but does not require physicians to disclose protected health information about an individual patient when state law requires reporting.

“That gives doctors room to comply with the reporting law or to cite HIPAA as a reason for noncompliance”, says Ikemoto.

The HHS guidance describes a scenario in which “an individual goes to a hospital emergency department while experiencing complications related to a miscarriage during the 10th week of pregnancy.”

A hospital employee suspects the individual of having used medication abortion. The state law prohibits abortion after 6 weeks of abortion. The guidance makes it clear that the state abortion law does not require the hospital to report individuals to law enforcement.

“Any disclosure in absence of patient authorization or a state requirement would violate the HIPAA Privacy Rule, says Ikemoto.

“The disclosure would constitute a breach of unsecured PHI requiring notification to HHS and the individual affected,” the guidance says.

Medication Abortions: The Next Frontier

Medication abortions, which account for 54% of all abortions, are becoming more sought-after following the Roe v. Wade decision and are expected to be the next frontier for legal battles, as about half the states ban abortion and others take steps to increase access. 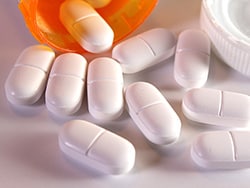 Following the Supreme Court decision, nearly 100 requests for appointments flowed into Just the Pill, a nonprofit organization that arranges for patients to obtain abortion pills in several states. Many of those requests came from patients in Texas and other states that stopped providing abortions.

The organization provides telemedicine consultations with doctors to supply abortion pills by mail to patients in other states. Within a few days, it plans to deploy in Colorado the first of what will become “a fleet of mobile clinics” to park along state borders, providing consultations for medication abortions and dispensing pills, Julie Amaon, MD, the organization’s medical director, told The New York Times.

Patients initiate a medication abortion by taking mifepristone, followed by misoprostol 1 or 2 days later, as directed by a provider or the manufacturer’s instructions. The Food and Drug Administration has approved both medications and required an in-person visit to the doctor for evaluation before prescribing mifepristone.

However, the FDA lifted that requirement during COVID last year, paving the way for telemedicine to be used for medication abortion in states that allow it and for the pills to be distributed by mail, according to the Kaiser Family Foundation.

Nineteen states have already banned the use of telemedicine for medication abortion. These include Arizona, Louisiana, Tennessee, and Texas, which also recently criminalized sending abortion pills through the mail.

Louisiana’s governor recently signed into law a bill that outlawed out-of-state providers from mailing abortion pills, punishable by up to 10 years in prison and a $75,000 fine.

However, legal experts predict that medication abortion will be much harder to enforce especially when it involves the mail or traveling to a state where pills are legal to have a consultation and pick them up.

President Biden has committed to ensuring that states that ban abortion can’t limit access to people who want to travel outside their states. He also vowed in his post-Roe speech that his Administration will protect a woman’s access to medications that the FDA has approved.

US Attorney General Merrick Garland has already pushed back on the Louisiana law. “I do not know whether he will succeed,” says Ikemoto.

Other states where abortion is legal including New Jersey are moving to strengthen protections for out-of-state individuals who come there for abortion services. Two bills before the New Jersey legislature would prohibit authorities there from extraditing a person to another state if they’re prosecuted for crimes relating to reproductive-health services and protect the privacy of patients’ medical records if they received an abortion of other reproductive care in the state.

However, reproductive rights experts are concerned that the legal uncertainty surrounding enforcement may have a broader chilling effect on doctors’ willingness to help women seeking abortions.

“Some of these cross-jurisdictional issues haven’t been clarified yet. Doctors need to be aware that they may or may not be protected,” says Ikemoto.

Christine Lehmann, MA, is a senior editor and writer for Medscape Business of Medicine based in the Washington, DC area. She has been published in WebMD News, Psychiatric News, and The Washington Post. Contact Christine at [email protected] or via Twitter @writing_health 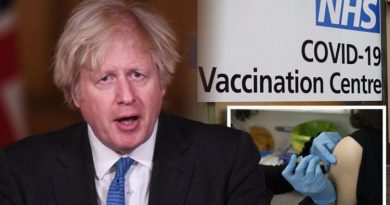 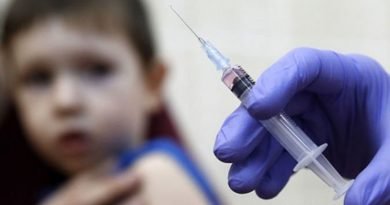 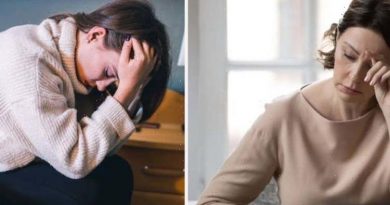 Menopause: The sign at night impacting ‘many women’ – ‘what you can do’