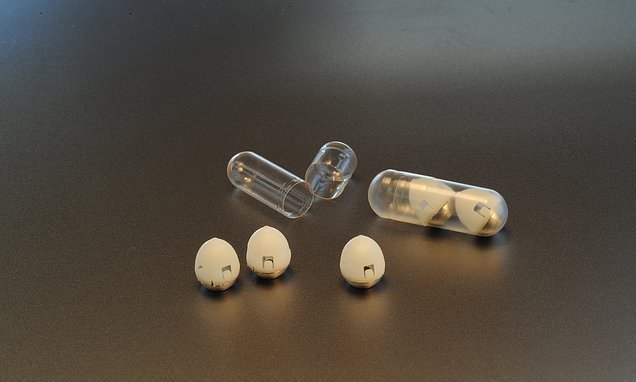 An end to insulin shots? Diabetes patients could take a pill containing tiny NEEDLES that inject insulin in the stomach when it dissolves, study says

For the last 100 years, diabetics have had to rely on at least two insulin injections a day to control their blood sugar.

But a pill could banish the need for shots forever, a new study says.

The capsule contains a tiny needle that is made almost completely of freeze-dried insulin, and a spring – all held in place by a disc of sugar.

Once the pill reaches the stomach, water dissolves the disk, releasing the spring, and pushing out the to inject the stomach with the all-important insulin.

The team, from Brigham and Women’s Hospital and the Massachusetts Institute of Technology, says this localized approach is more pleasant to take, easier to carry around and less expensive than traditional injections. 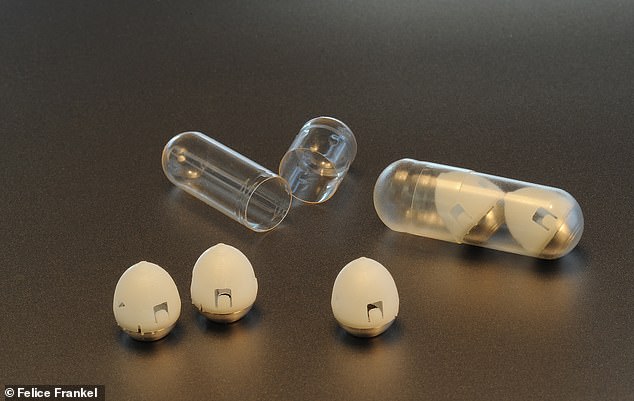 According to the Centers for Disease Control and Prevention, 30.3 million Americans – about 9.4 percent of the population – suffers from diabetes.

Another estimated 84 million are living with prediabetes, a condition that can lead to type 2 diabetes within five years if left untreated.

Diabetes occurs when there are too few beta cells in the pancreas to produce insulin or when they produce very little insulin, the hormone needed to get glucose from the bloodstream into cells.

When left untreated, diabetes can result in serious health complications such as kidney damage, eye damage, heart disease, stroke and even vision loss.

The traditional method of treatment is an insulin injection, usually administered in the stomach.

‘I’m a gastroenterologist and we often give injection in the stomach to treat ulcers or stop local bleeding,’ Dr C Giovanni Traverso of Brigham and Women’s Hospital told DailyMail.com.

‘We recognize that the stomach is very tolerant of injections and there is a high tolerance in the GI tract of a sharp object.’

The researchers describe the capsule as ‘about the size of a pea’ and made from biodegradable polymer and bits of stainless steel.

They based their device’s shape on two things: the shell of the leopard tortoise and the Weeble-Wobble toy.

Both have a distinct high-dome shape that allow themselves to land upright if they are pushed over.

‘If they are pushed over but are able to orient themselves,’ first author Alex Abramsom, an MIT graduate student, told DailyMail.com.

‘The leopard tortoise also had a flat base, which makes it difficult to push over, and it can roll over easily if it ends up on its back.

‘So let’s say a person was leaning over when the device was about to insert. The device will configurate and orient itself every single time so it contacts the lining of the stomach.’

Next, they needed a trigger for the needle, which is controlled by disc made of sugar that holds in place a spring.

When a patient swallows the capsule, the sugar disc dissolves, releasing the spring.

‘When the spring releases, it releases its kinetic energy all at once,’ Abramsom said.

Lastly, the team needed to figure out what to make the small needle out of. The material itself is almost completely made from compressed, freeze-dried insulin.

‘Instead of liquid, we wanted to make it solid because you can fit a lot more in the pill in solid form than in liquid,’ said Dr Traverso.

The team performed initial tests in pigs and found they were able to deliver as much as 300 micrograms of insulin.

In recent tests, this dose was increased to five milligrams, which is approximately the amount a patient with type 2 diabetes needs to inject.

Once the contents from the capsule are released, it passes through the digestive system without any side effects.

Currently, the researchers are working with pharmaceutical company Novo Nordisk to develop the pill so human trials can hopefully be conducted in the next three years.

‘We are really hopeful that this new type of capsule could someday help diabetic patients and perhaps anyone who requires therapies that can now only be given by injection or infusion,’ said senior author Dr Robert Langer, a member of MIT’s Koch Institute for Integrative Cancer Research, in a press release. 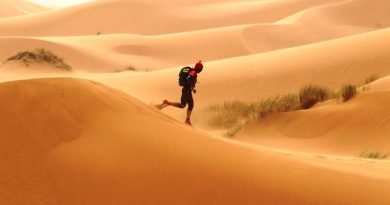 Marathon des Sables: How we rapidly acclimatised five runners for the gruelling race

Hit by Higher Prices for Gear, Doctors and Dentists Want Insurers to Pay 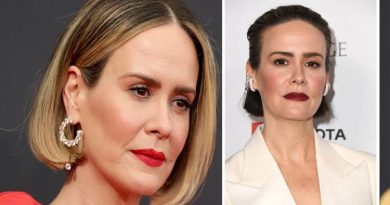 Sarah Paulson health: The star’s shocking health scare – ‘It would have been disastrous’