A team of scientists from Canada has recently studied the kinetic and thermodynamic characteristics of interaction between human angiotensin-converting enzyme 2 (ACE2) and spike receptor-binding domains (RBD) of different variants of severe acute respiratory syndrome coronavirus 2 (SARS-CoV-2). The study is currently available on the Research Square preprint server.

With the progression of the coronavirus disease 2019 (COVID-19) pandemic, many variants of SARS-CoV-2 have emerged globally. The World Health Organization (WHO) has categorized some of them as the Variants of Concern (VOCs) or the Variants of Interest (VOIs) depending on their levels of transmissibility, infectivity, and immune evasion ability. While the alpha, beta, delta, and omicron variants have been recognized as the VOCs, the variants kappa and B.1.1.7 + L452R (alpha with L452R mutation) have been designated as the VOIs.

The emergence of several mutations in the spike proteins of VOCs and VOIs is believed to be responsible for their improved transmissibility and immune evasion ability. The host cell entry of SARS-CoV-2 is initiated by the binding of spike RBD with host cell receptor ACE2. Thus, the mutations emerging in the spike RBD are expected to alter its interaction with ACE2 and subsequently modulate the viral entry process.

In the current study, the scientists have assessed the kinetics of interaction between different spike RBD variants and human ACE2 using a novel surface plasmon resonance (SPR)-based assay. They have considered wildtype, alpha, alpha+ L452R, beta, delta, kappa, and omicron RBDs for the interaction analysis.

The SPR assay used a coiled-coil strategy to capture ACE2 and accurately record each RBD-ACE2 interaction without common artifacts. The kinetic constants for each interaction were identified using the Langmuir kinetic model, which describes 1:1 interaction between the ligand (ACE2) and analyte (RBD).

The difference between kinetic profiles of each RBD-ACE2 interaction was deciphered by modulating the assay temperature at 10°C, 25°C, and 37°C.

The findings of the SPR-based assay revealed that the presence of L452R mutation clearly increases the association and dissociation of RBD with ACE2. The best fits of the interaction kinetics data with the Langmuir kinetic model were observed at the assay temperature of 10°C for all tested variants. A reduction in accuracy between the experimental data and the Langmuir model was observed when the assay temperature was increased.

Based on the recorded kinetics, the omicron RBD has the highest affinity for ACE2, followed by the alpha and beta RBDs. This high affinity could be due to the presence of N501Y RBD mutation.

Specifically, the omicron and alpha RBDs showed 20-fold and 15-fold higher affinities for ACE2 compared to the wildtype RBD. However, the beta RBD showed only 5-fold higher ACE2 affinity than the wildtype RBD. The presence of K417N RBD mutation seemed to abolish the affinity-enhancing impact of the N501Y mutation, leading to a reduction in affinity for ACE2. Notably, the study could not find any significant impact of the E484K mutation on RBD-ACE2 interaction.

The alpha+ L452R, kappa, and delta RBDs showed 5-fold, 10-fold, and 40-fold lower affinities for ACE2, respectively, compared to the wildtype RBD. Since all these variants contain L452R RBD mutation, scientists believe that this mutation significantly disrupts the RBD-ACE2 interaction.

The thermodynamic analysis revealed that enthalpy (total energy of a system) changes facilitate the RBD-ACE2 interaction for all variants. However, the contributions of enthalpic changes were strongest for the alpha, beta, and omicron variants and weakest for the kappa and alpha+ L452R variants.

An opposite trend was observed for entropy (degree of disorder) changes. While entropy changes stabilized the RBD-ACE2 interaction for kappa and alpha+ L452R variants, they disrupted the interaction for alpha, beta, delta, and omicron variants. As mentioned by the scientists, L452R mutation may be responsible for the opposite trends in enthalpic and entropic changes.

The study describes the development of a novel SPR-based assay that accurately characterizes the kinetics and thermodynamics of SARS-CoV-2 spike RBD – human ACE2 interaction.

Research Square publishes preliminary scientific reports that are not peer-reviewed and, therefore, should not be regarded as conclusive, guide clinical practice/health-related behavior, or treated as established information. 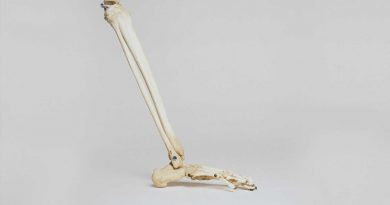 How load stimulates bone formation via the expression of osteocrin

How to live longer: The best exercise to ‘reverse ageing’ – major study finding 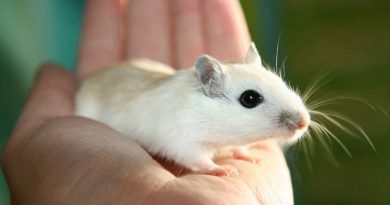