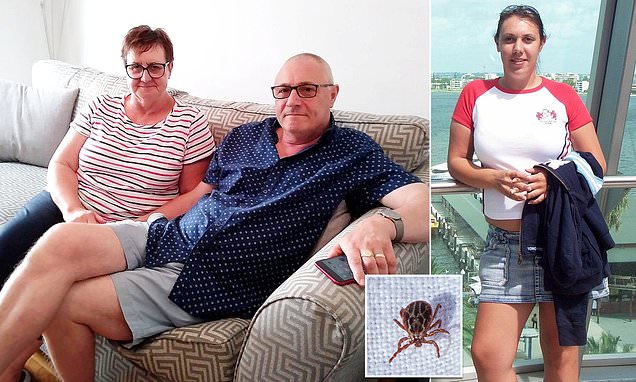 Heartbroken parents have told of how they fear Lyme disease was to blame for the death of their daughter.

Carly Ellis was diagnosed with the infection in 2011, with doctors saying a two-week course of antibiotics would ‘clear’ her.

However, the ‘bubbly’ 39-year-old who wanted to travel the world died on June 29, after eight years of unexplained illnesses.

Her parents, Ian and Cheryl, believe Lyme disease was to blame – the infection can cause killer complications.

They also believe she was bitten by a tick – which spread the bacterial infection – while on a trip to Australia in 2008.

Ms Ellis reported having the hallmark red-ring rash immediately after being bitten but ‘thought nothing of it’. 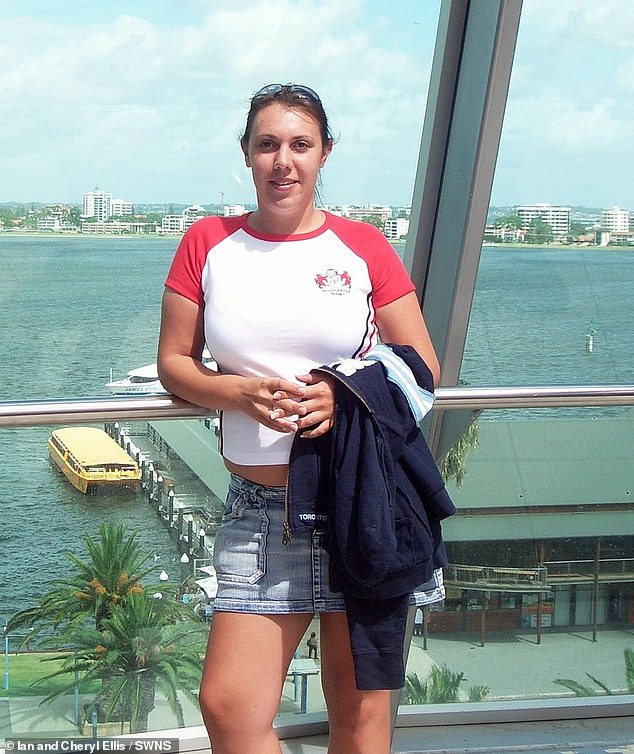 Carly Ellis was diagnosed with the infection in 2011, with doctors saying a two-week course of antibiotics would ‘clear’ her 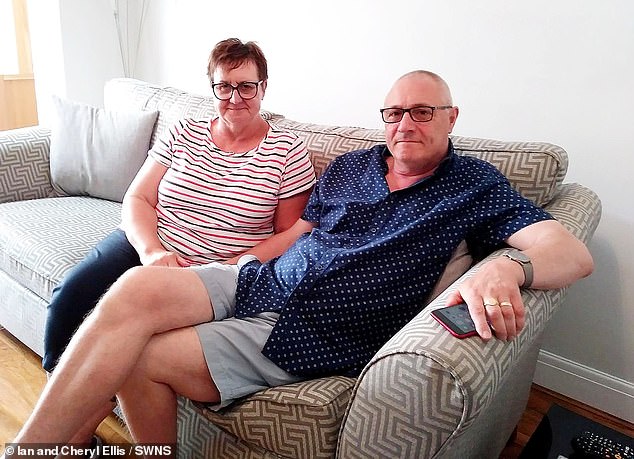 Her parents, Ian and Cheryl, believe Lyme disease was to blame – the infection can cause killer complications

‘She was outgoing, bubbly and infectious. Before she became unwell and had the illnesses she was non-stop.

‘She was also a hard worker and grafted. Carly worked at the race course and saved hard so she could go travelling.’

In 2011, Ms Ellis had to visit the accident and emergency unit at Gloucestershire Royal Hospital.

There doctors diagnosed her with meningitis, which saw her spend four months in two hospitals for treatment.

She was eventually allowed home – but a short time later she was back at hospital having further investigations. 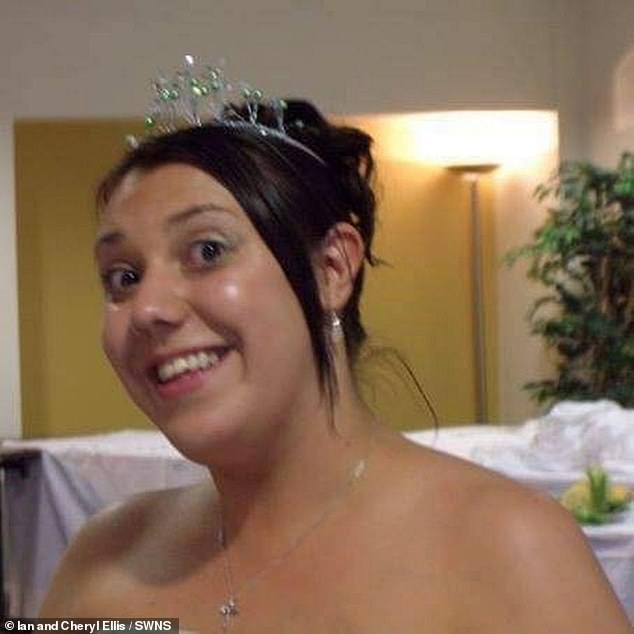 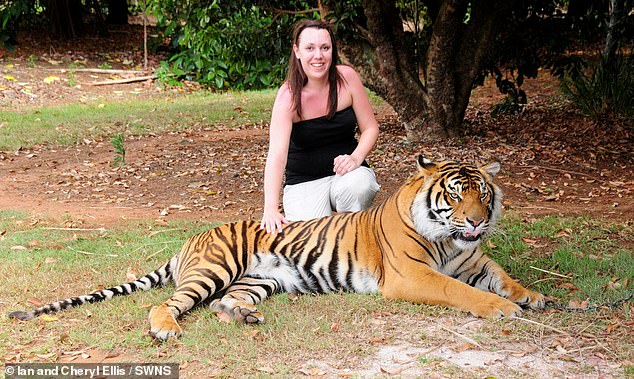 Mr Ellis, 63, from Gloucester, said: ‘Carly wanted to travel the world. ‘She was outgoing, bubbly and infectious. Before she became unwell and had the illnesses she was non-stop’ 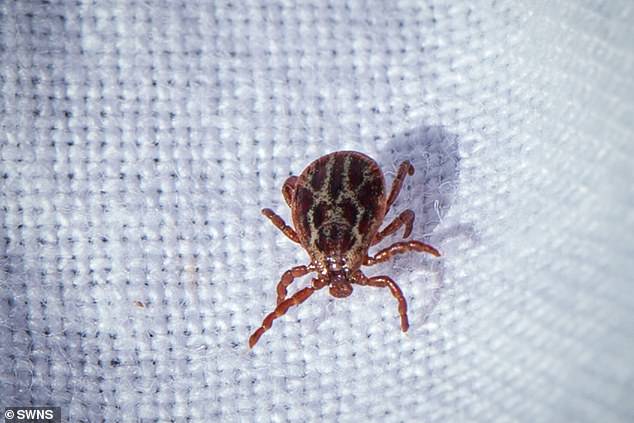 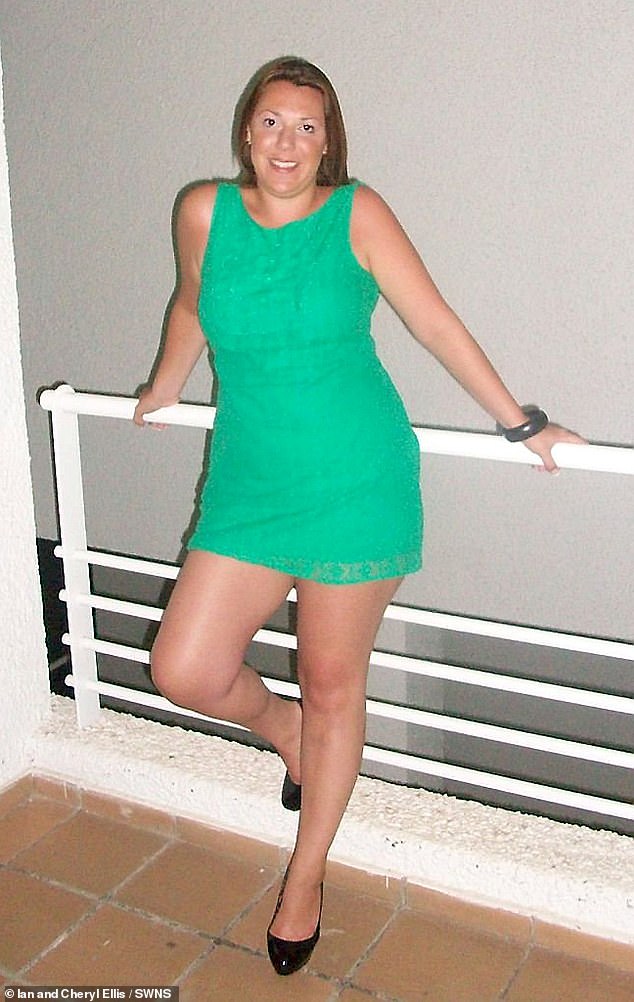 Ms Ellis, whose service is being held today, had been in and out of hospital with sepsis, pneumonia and recently had her gallbladder out

Her mother Mrs Ellis, 62, said: ‘Carly was given two weeks worth of antibiotics. They said that it would clear her.

‘We took her to a private clinic as things were not resolved. She was still getting infections. They tested her and they confirmed she had Lyme disease.

HOW CAN YOU PREVENT TICK BITES?

Repel Ticks on Skin and Clothing

Find and Remove Ticks from Your Body

‘She was treated with two types of antibiotics for around six months. She was given oral antibiotics and needed to have injections as well.

‘We went to the clinic with Carly around six times over a year. We think that she was bitten in Rockness Island in Australia.’

Mr Ellis added: ‘Carly when she was bitten did not really think anything of it.

‘What she described was a classic sign of Lyme disease when a red ring came up around the bite.

‘If it is caught straight away then a two week course of antibiotics should treat it.’

When someone is bitten by a tick it can be months before someone realises that they have been affected.

The body also warns it can cause heart problems including Lyme carditis – which struck former England rugby player Matt Dawson and caused him to need heart surgery. Lyme disease can also lead to eye and liver inflammation, and severe fatigue.

There are an estimated 3,000 cases of Lyme disease in the UK each year, while the annual figure is closer to the 30,000 mark in the US.

Death due to Lyme infection is an ‘extremely unusual outcome’, doctors at The Hillingdon Hospital wrote in the British Medical Journal Case Reports in 2013.

A review of 114 deaths thought to have been caused by Lyme disease in the US by the National Center for Emerging and Zoonotic Infectious Disease in 2011 found just one could be blamed the infection.

In 2018, a woman in Vermont died of the same rare complication of Lyme disease that struck Dawson.

Ms Ellis, whose service is being held today, had been in and out of hospital with sepsis, pneumonia and recently had her gallbladder out.

Mr Ellis said: ‘She was so lovely and her family and friends were so important to her. We are now wanting to get awareness of Lyme disease out there.’

‘If spotted early, it can be treated with a simple course of antibiotics, but can become very debilitating if not spotted sooner.

‘It’s thought that it may also trigger other conditions, such as autoimmune diseases in those who may be predisposed to them.

‘Many sufferers become virtually or completely housebound – like Carly – and experience life-changing symptoms of pain and fatigue.’

She added: ‘It’s important that people are aware of the risks of receiving a tick bite, and where they might be at risk.

‘Ticks can be as tiny as a poppy seed, so you also need to check yourself carefully and remove it correctly to reduce the risk of infection.

‘We were deeply sorry to hear of Carly’s passing, and of the way she suffered in her later years. Our hearts go out to the Ian, Cheryl, and all the family.’

WHAT IS LYME DISEASE?

Lyme disease is caused by a bacteria that is transmitted to humans through the bite of infected black-legged ticks.

The most common symptoms of the disease are fever, headache, fatigue and a skin rash called erythema migrans.

The disease can typically be treated by several weeks of oral antibiotics.

But if left untreated, the infection can spread to the joints, heart and nervous symptoms and be deadly.

WHAT HAPPENS WHEN YOU ARE INFECTED?

During the first three to 30 days of infection, these symptoms may occur:

The rash occurs in approximately 80 per cent of infected people.

It can expand to up to 12 inches (30 cm), eventually clearing and giving off the appearance of a target or a ‘bull’s-eye’.

Later symptoms of Lyme disease include: 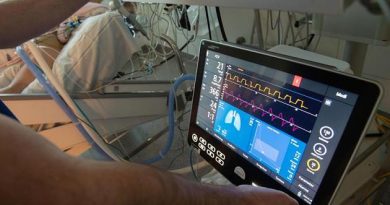 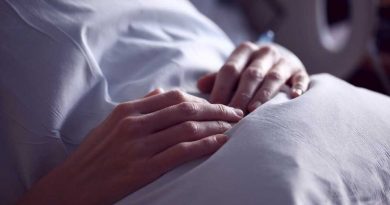