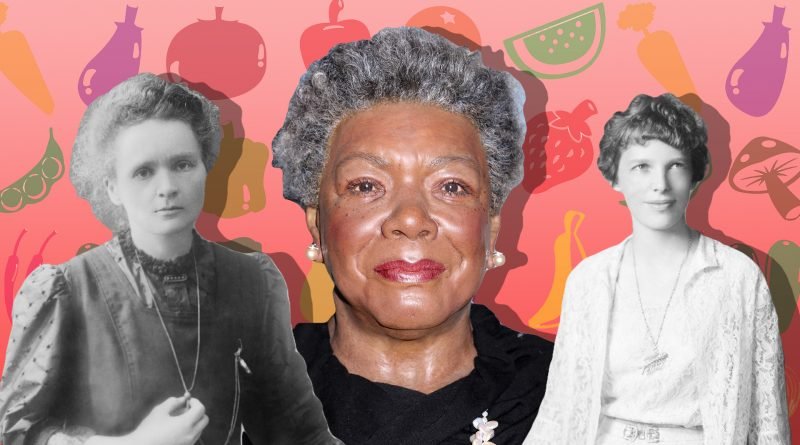 Activists, pioneers, poets, physicists, authors — there’s no shortage of women in history who’ve paved the way for the rest of us and continue to serve as inspiration. It’s only natural that we want to know everything about them, too. If we can mimic even one aspect of their lifestyle, we tell ourselves, we can bridge the gap of the space-time continuum and absorb a little bit of their fierceness. And one of the most enjoyable ways to potentially do so is through food. If coconut cake helped Emily Dickinson write her timeless poetry, let us all eat cake!

In researching this story, two things transpired. First, we came away with a tasty arsenal of new recipes (or new spins on old favorites) that, if nothing else, should prove a welcome addition to the dinner table. But, more poignantly, we realized how food serves as both an equalizer and a connector — it is a tie that binds women in history across all races, professions, classes and time periods.

So, feast your eyes on the following recipes inspired by some of history’s most badass women. You’ll get to see some of your heroes in a different light and, when all is said and done, you can quite literally feast. 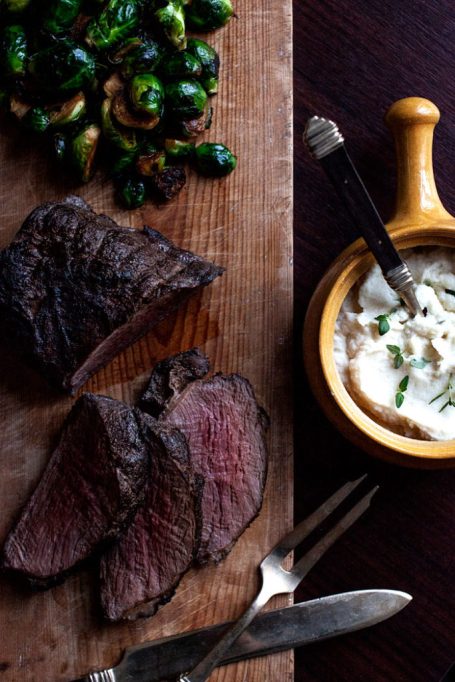 In 1967, Kathrine Switzer made history for becoming the first women ever to enter and run in the Boston Marathon. You’ve likely seen video or photos from her first attempt five years earlier, when the male race directors literally tried to push her out of the race and ripped her race number right off her sweatshirt. In 2017, ESPN asked Switzer what she ate before races that gave her so much strength and stamina (not to mention fierce feminism!). Her response? Beef and Brussels sprouts. “I’m hungry, it’s nutritious and it’s a perfect training meal,” she revealed.

It goes without saying, based on that criteria, that Switzer would happily dine on Nordic Provisions’ simple yet elegant roast beef with honey-glazed Brussel sprouts. 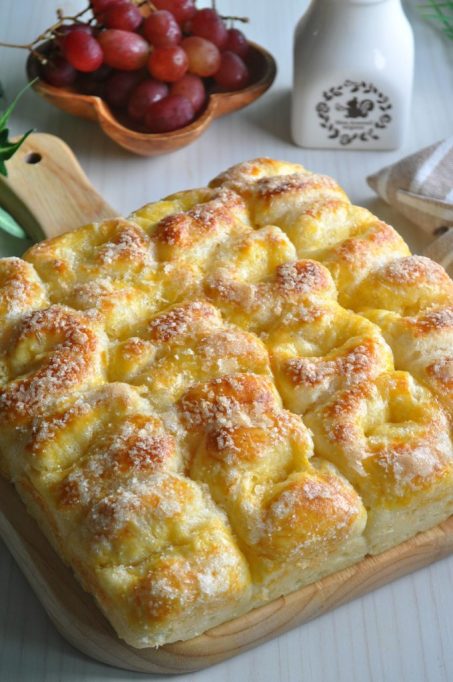 You need sustenance when you’re busy making groundbreaking discoveries about radioactivity. Yet, two-time Nobel peace prize-winning physicist Marie Curie didn’t necessarily have the funds to fuel her findings with five-star foods. Rather, per Encyclopedia Britannica, she often “worked far into the night in her student-quarters garret and virtually lived on bread and butter and tea.”

We’re betting Curie wouldn’t have objected to Eat What Tonight’s old school butter and sugar pull-apart bread during her brainy benders. It’s homemade so it’s a bit more time-intensive than the stuff you can just pluck form the shelf at your local grocer. But, c’mon, if Curie could change history on plain bread and butter, you can carve out a few extra hours to make this mouth-watering artisanal dish, no? 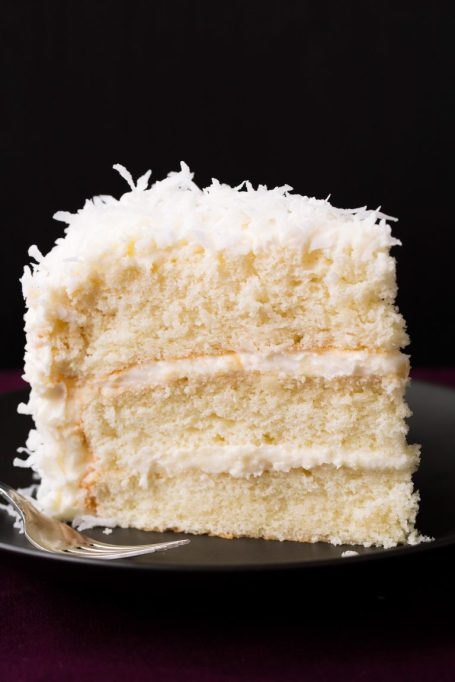 While it’s common knowledge that Emily Dickinson was a celebrated poet, many may not realize she was also an accomplished baker — per the Emily Dickinson Museum, she even claimed in her later years that her father only approved of the bread she baked. But it wasn’t just bread this acclaimed writer cooked up in the kitchen. In fact, she drafted the entire poem of “The Things that never can come back, are several” on the back of Mrs. Carmichael’s recipe for coconut cake.

Perhaps you’ll find fervent creativity as well when you whip up Cooking Classy’s recipe for coconut cake. Is it as good as Mrs. Carmichael’s? You be the judge. 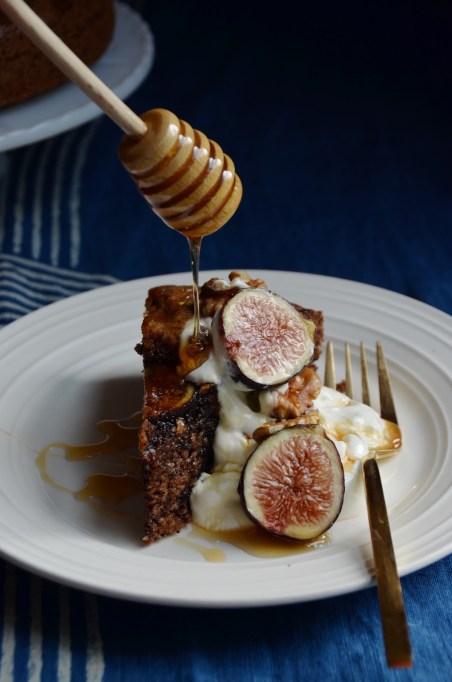 It’s well-established that Cleopatra — the last in a dynasty of Macedonian rulers founded by Ptolemy — was one of the first boss babes, right? To this day, she holds a special place in history and pop culture. It’s little wonder, though, given her reputation for charm. And part of that charm, per Foodie Junky, was her penchant for throwing incredible dinner parties. According to the outlet, the Queen would serve “cakes made from figs and nuts (covered in honey)” when she truly wanted to impress her guests.

You’ll have no trouble doing the same when you bake Always Order Dessert’s impossibly beautiful flourless walnut fig cake. Figs? Check. Nuts? Check. A drizzle of honey? Check. Now all you need is a dynasty to rule, and you’ll really be following in Queen Cleo’s footsteps. 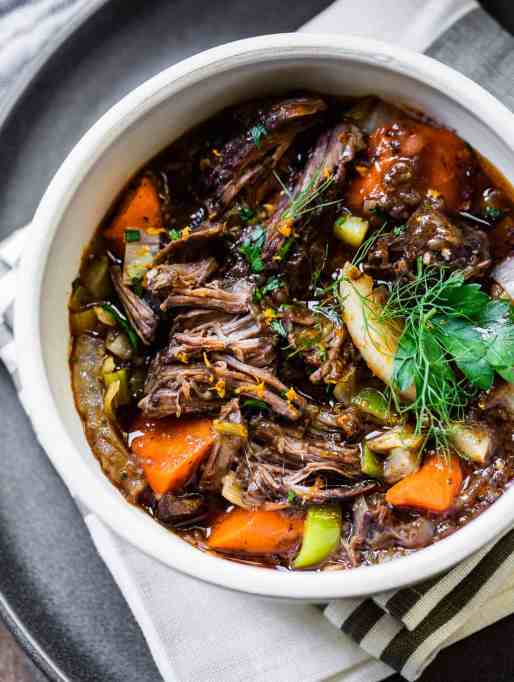 Virginia Woolf often referenced food in her writing, which included two entire pages of describing “boeuf en daube” in In to the Lighthouse. She contrasted this classic French beef stew braised in red wine with the culinary disappointment that “passes for cookery in England.” Basically, she was a big fan of French cuisine and of this comforting dish in particular — according to Foodie Junky, she could often be seen dining on it. 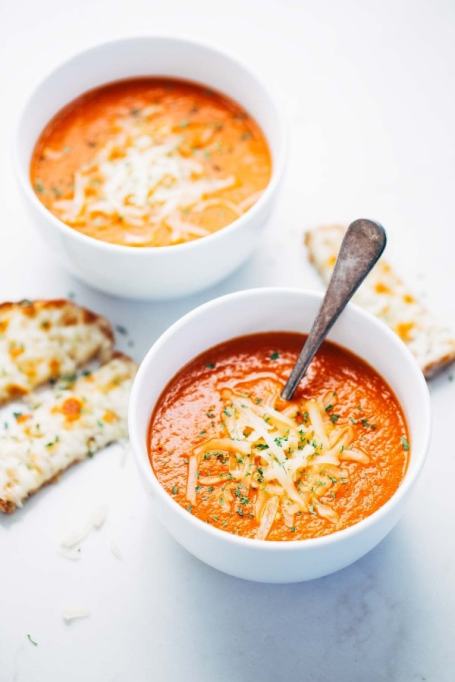 Sometime between 1935 and 1937, beloved aviator Amelia Earhart gave a radio interview during which she was asked about her eating habits. “A question I’m asked frequently concerns what a pilot eats on long flights,” the transcription of the interview reads. “This aspect of ‘aeronautical housekeeping’ particularly interests women.” And, by Earhart’s own admission, she did have a go-to menu item. “Tomato juice is my favorite ‘working’ beverage, and food too. In colder weather, it may be heated and kept hot in a thermos,” she explained, adding that she used what “is really a fat ice pick” to puncture the lid and sip the tomato juice with a straw.

Since you likely won’t be making any trans-Atlantic flights while having dinner, you can grab a spoon and sit down to a warm bowl of Pinch of Yum’s creamy homemade tomato soup. 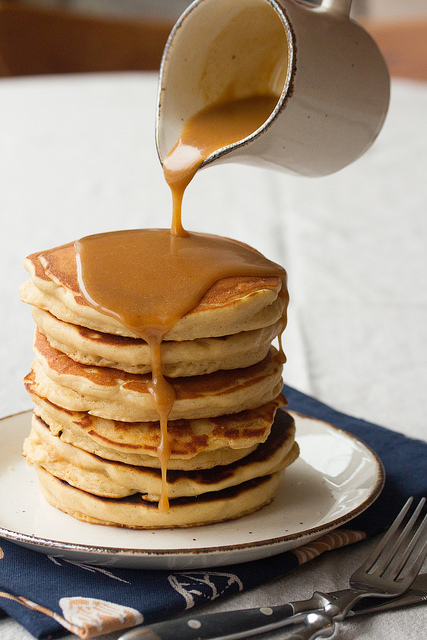 In 1955, Rosa Parks refused to give up her seat on a Montgomery, Alabama, bus and has since become an enduring figure of civil rights activism. Most of us are familiar with that part of her legacy. But what followed was important, too — even if it isn’t discussed as much. In the wake of Parks’ actions, she and her husband lost their jobs and eventually moved to Detroit. Because they struggled financially, she was especially frugal. And one endearingly human example of her frugality lives on in a pancake recipe, written on the back of an envelope (per NPR, she often reused papers to save money).

In a nod to her Tuskegee roots and the African-American community’s deep connection to peanuts, Parks’ “Featherlite Pancakes” recipe included peanut butter. While you should absolutely give Parks’ exact recipe a try, you can’t go wrong with the Crumb blog’s peanut butter pancakes either. In addition to using peanut butter in the batter like Parks’ did, it tops the finished stacks off with maple-peanut-butter syrup. 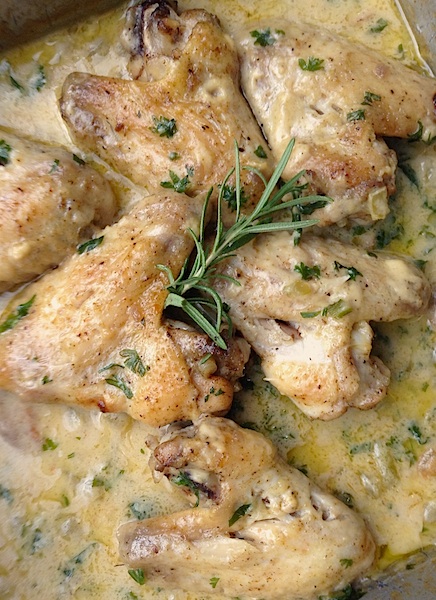 The daughter of former slaves, Mary McLeod Bethune went on to become one of history’s most dynamic women. An educator and civil rights activist, the South Carolina-native is arguably most famous for starting a private school for African-American students in Daytona, Florida, as well as the founding president of the National Council of Negro Women. But what did such a brilliant woman eat to keep her energy up enough to fight against so many social injustices? According to Dr. Ashley N. Robertson’s book Mary McCleod Bethune in Florida: Bringing Social Justice to the Sunshine State, one of Bethune’s favorite meals was “smothered chicken wings and grits.”

Channel some of Bethune’s bravery by making her favorite meal in your own kitchen. Kitchen Bounty has you covered with a fall-off-the-bone tender recipe for smothered chicken wings — and the rich sauce sure would be delicious on a bed of grits. 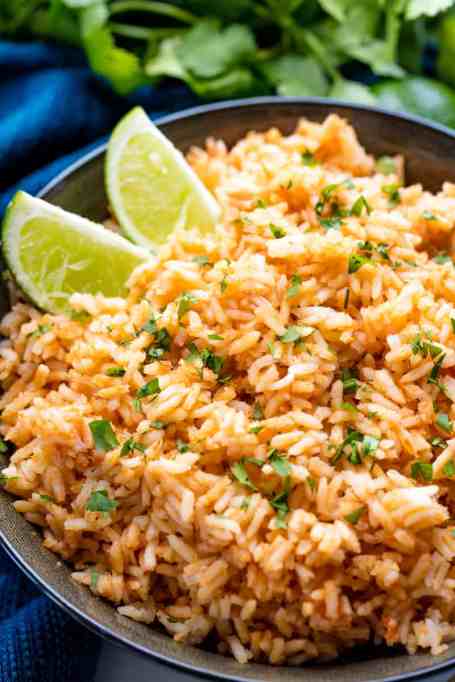 Poet, activist, memoirist, all-around inspiration — when Maya Angelou spoke (or wrote), people listened. So, when Oprah asked in an interview what food brought Angelou joy, we wanted to know the answer, too. “My mother cooked a dish called Spanish rice,” Angelou recollected. “When my mother invited me over to eat Spanish rice, I knew I would hear good news. And I always did! We shared a lot of good laughs eating it.”

You can start a similar tradition in your family when you make The Stay at Home Chef’s easy Spanish rice. We recommend tossing in some bell pepper and sausage if you want to give the dish more Southern flair. 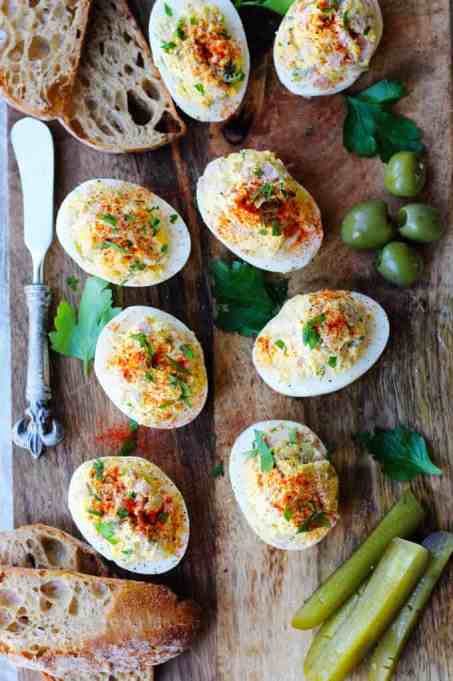 The year was 1933, and it was less than three weeks after Franklin Delano Roosevelt’s first Inauguration. Tasked with holding a dinner for six at the White House, the new president’s wife, Eleanor Roosevelt, seized the opportunity to make a point about “conscientious cookery during the Depression.” The rather plain but cost-effective meal she created only cost seven-and-a-half cents per person, per The New Yorker. On that menu? Stuffed eggs, or as the modern equivalent is often referred to as, deviled eggs. Eleanor told the press that she and FDR would be eating this way often.

It goes without saying Eleanor was a total badass, and we could use more people like her in the White House today. But also, we wish we could invite Eleanor over for dinner and serve Eating European’s slightly jazzed-up version of “stuffed eggs,” which features ham, cheese and Spanish smoked paprika. 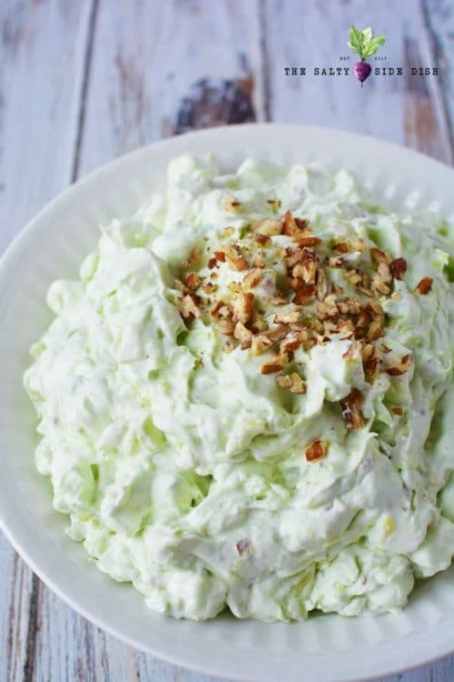 In 1925, Helen Keller submitted a “Golden Gate Salad” recipe for inclusion in a cookbook titled, Favorite Recipes of Famous Women. Of the fruit-filled dish, she wrote, “I like this salad very much. I ate it first in California, so I call it Golden Gate Salad.” She went on to add that, at home, they added extra whipped cream and served it for dessert.

Salty Side Dish’s fluffy, light and flavorful Watergate salad is similar but a bit simpler. Plus, we’re partial to the pistachio pudding in this recipe.

‘I Lost 150 Pounds After Dealing With Hypothyroidism For Years’