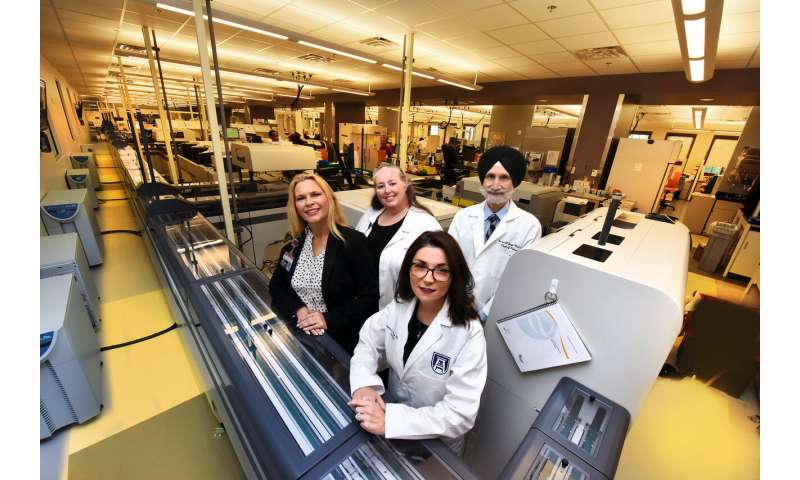 While a lab test might be ordered STAT to help save a life, a new study suggests that the STAT test order should rest in peace, and instead the time standard for most clinical lab tests, like the commonly requested complete blood count, or CBC, should be more efficient.

Ninety minutes is widely considered the standard time for STAT lab results, and four hours is considered a good turnaround for non-STAT tests.

But strategies like automation and other manufacturing practices used successfully by top automobile makers, can essentially cut usual STAT time in half for the majority of tests, says Dr. Gurmukh Singh, vice chair of pathology at the Medical College of Georgia at Augusta University.

Ninety percent of both categories of tests are now being done in 45 minutes or less at AU Health System, corresponding author Singh and his colleagues report in the journal Laboratory Medicine.

Time savings were accomplished with fewer work stations and fewer personnel, all aspects that were stressed by the clinical lab team during the conception of the fully automated core lab that became operational early this year and set the stage for improvements.

A pneumatic tube system, through which many test samples arrive but which also transports other items like drugs and documents, also had software and hardware updates and was lengthened to reach the new lab. Quick huddles at each shift change now provide the opportunity to talk about missed timeframes and equipment malfunctions and a quality monitor board is on permanent display.

Increased point of care testing, in areas like the Emergency Department, ICUs and Family Medicine Clinic, have helped speed things up as well, Singh says.

The other reality is that many tests ordered STAT are not really needed STAT in terms of an urgent health need, the investigators say, and too many STAT requests can be lethal to the system itself.

When STAT test volume passes about 30% of the total volume of tests—a 37% median was reported in 52 U.S. laboratories six years ago—it’s considered the tipping point where STAT loses its meaning because the STAT volume exceeds many labs’ staffing and equipment capacity and turnaround time gets too long, Singh says.

At one point, AU Health System had about 75% of lab tests ordered STAT, high even for a complex care facility that serves as a Level 1 trauma center, says Kellie A. Foss, administrative director of pathology at AU Health.

One approach to reducing suffocating demand is to place restrictions on what can be requested STAT, but another—and they suggest better approach—is to reduce STAT demand by improving the turnaround time for all tests, the investigators write.

“That is why this is the requiem for the STAT test. There is no need,” says Dr. Brandy Gunsolus, utilization manager for clinical pathology at MCG and AU Health. “Everything for the emergency room, operating rooms and ICUs is considered STAT, but we do everything fast enough that we meet the criteria for STAT even for all our outpatient and more routine testing.”

“There is no need for anybody to order STAT,” adds Singh. “Even if you are coming to see your doctor in the outpatient clinic, if we get the blood fast enough, we can get results back to your doctor even as he or she is talking with you.”

Test results in the hospital and outpatient setting are typically ordered routine or STAT, and bona fide reasons for ordering STAT include scenarios like measuring levels of the heart protein troponin, released when the heart is injured, when a patient arrives in the emergency department with chest pain.

But a reality is that many tests ordered STAT are really requested for the convenience of the patient and/or physician rather than a rapid need-to-know for medical purposes, they say. Another reality is a society that now expects instant answers, Gunsolus says.

AU Health’s core lab, where the majority of clinical lab tests are done, was redesigned, relocated and automated, and Singh notes that the time improvements they have made in testing would have been essentially impossible if each step was still manual, with a number of requests for the same test coming in, being batched, hand-carried to a centrifuge for spinning then hand-carried to the place where the test was to be done.

While even 45 minutes may not sound STAT to some, the reality is just getting a sample to the lab from remote sites throughout a hospital or its clinics may take that long. And test times definitely vary, from about 45 minutes for the thyroid hormone test to under five minutes for a hemoglobin test.

Singh notes there will always be exceptions to their new 45-minute standard, like the time-consuming thyroid test, and that many facilities do not yet have automation available.

A major reason for automation at the academic health system based in Augusta was staffing, says Gunsolus, with the availability of frontline clinical laboratory scientists dwindling along with the programs that train them.

“Right now we are not making replacement laboratorians to replace the ones that are retiring,” she says, a reality that makes efficiency a STAT problem for clinical labs as populations of higher end users of health care like those 65 and older explode.

Even though automation has reduced need, there are currently 20 vacancies in the core lab for these individuals whose responsibilities include overseeing increasingly complex lab testing. “We are now doing more tests with fewer people,” says Foss. 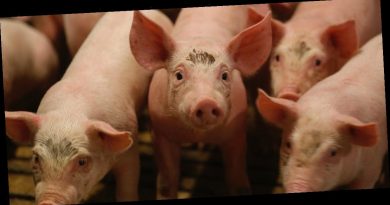 Eating meat is inhumane, bad for the environment, and harmful to my health. I still can't give it up. 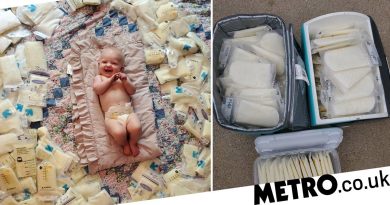 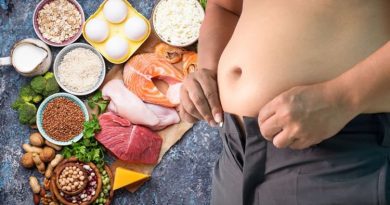 How to get rid of visceral fat: What is it? The best diet to banish the harmful belly fat 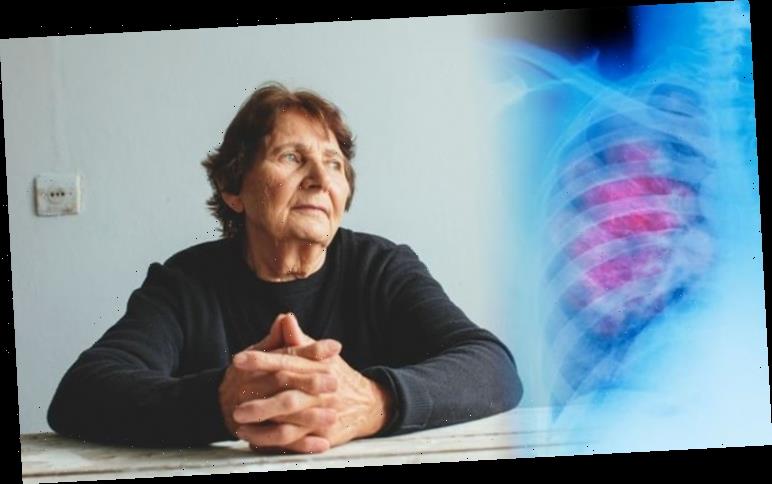 Lung cancer symptoms: The sign when you eat that could signal the deadly disease

NHS update: Government considering free flu jabs for the over 50s ahead of winter
Health Problems