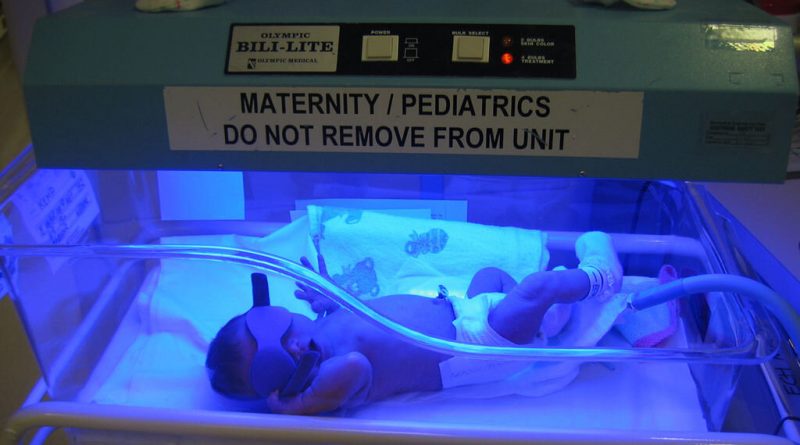 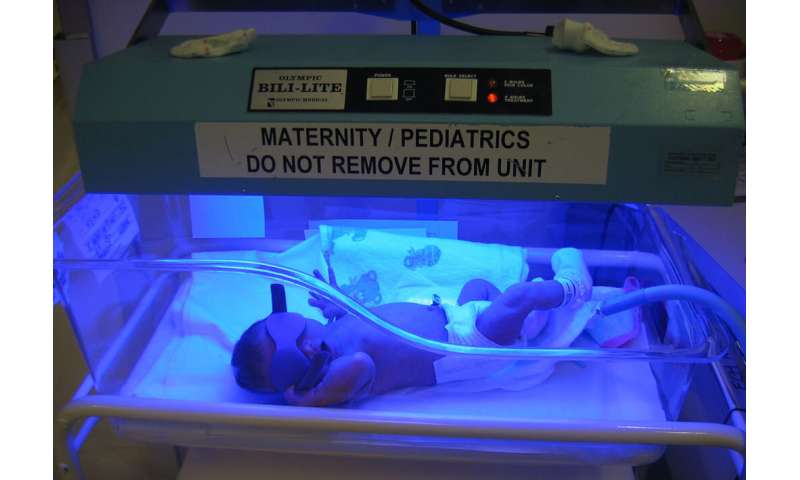 Infants born early, before 37 weeks of pregnancy, have a higher risk of dying in childhood and often suffer from lifelong health problems. But two novel devices could help cut this risk—one by improving how risk of an early birth is assessed and the other by offering personalised nutritional advice for premature babies.

About 500,000 babies are born prematurely in Europe every year and numbers are increasing. This is due to the fact that today more women suffer from obesity and diabetes, and that women are having babies later in life as well as to the rise in multiple births due to fertility treatments.

These babies are at greater risk of developing short and long-term health problems, including respiratory illnesses, learning disabilities and movement disorders such as cerebral palsy. Furthermore, complications related to preterm birth are the leading cause of death worldwide for children under 5 years old.

However, preterm births could be reduced by improving how pregnant women are screened, allowing for early interventions if they are high risk. For example, taking supplements of the hormone progesterone or stitching the cervix until close to birth can delay an early delivery.

Currently, transvaginal ultrasound is widely used for predicting the risk of premature birth. It allows doctors to measure the length of the cervix—a cylindrical piece of tissue that connects the uterus and the vagina—which acts as a protective barrier during pregnancy. It’s normal for the cervix to shorten as the time for delivery approaches. But during the second trimester of pregnancy, the idea is that the shorter the cervix, the higher the risk of premature birth.

Cervical length measurement isn’t always a reliable indicator though as some women at risk are missed. “Out of 10 women who will be delivering preterm, only four are correctly identified,” said Laura Bernardi, product manager at a company called Pregnolia in Schlieren, Switzerland. “The remaining six are not identified and will not be treated to prolong the (pregnancy).”

Cervical stiffness could provide an alternative indicator of preterm birth. Studies have shown that women with a softer cervix are at greater risk of going into labour early. “Imagine the uterus (as a balloon) and the cervix as a knot,” said Bernardi. “If this knot is very soft, the baby is more likely to go through the cervix, resulting in birth.”

One study has shown that eight out of ten women at risk of giving birth early could be identified using this method, suggesting that it could be a more effective screening method than cervical length.

Pregnolia has developed a device, called the Pregnolia System, that is capable of measuring cervical stiffness. Originating from the Ph.D. work of CEO Dr. Sabrina Badir, it’s made up of a probe that is inserted into the vagina until it touches the cervix. Then a tiny pump pulls a sample of cervical tissue into the tip of the probe. In less than a minute, the device displays the negative pressure, which is directly proportional to the stiffness. “The higher the stiffness, the higher the vacuum required and vice versa,” said Bernardi.

The team is now working on reducing the manufacturing cost as part of a project called Pregnolia. They are redesigning the disposable part of the device by using plastic moulding techniques such as extrusion and injection moulding. “These techniques allow us to reduce production costs by simplifying the design so that we minimise the amount of material used and simplify the assembly,” said Bernardi.

Their goal is also to develop a commercial device that can be used to diagnose preterm birth. At present, the system generates a measurement of cervical stiffness that a doctor can compare with a stiffness value at the same stage of pregnancy for women who have had full-term births using a chart. However, it doesn’t give a diagnosis.

Members of the team are now conducting a human trial that should lead to the development of a diagnostic device. They are aiming to recruit 1000 pregnant women for tests at UZ Leuven (a university hospital in Belgium) and 12 hospitals in Switzerland where they will measure cervical stiffness using the Pregnolia device mid-pregnancy and investigate how their measurements relate to an early or timely delivery.

“We expect results from our study in about one year,” said Bernardi. “Then, we will be much more confident about giving an accuracy concerning the diagnosis.” Bernardi and her colleagues expect their device to initially be used by doctors in hospitals and clinics. But it could also be used by nurses and midwives. Since it is portable and only requires a gynaecological chair for the examination, it could eventually be used outside a clinical setting. “Theoretically, nothing is preventing a midwife from going to the home of a patient and doing the measurement there,” said Bernardi. “The main advantage is that we have results in a few seconds or minutes and a doctor can directly start therapy.”

Where premature birth can’t be prevented, it’s vital that preemies receive adequate nutrition to help prevent health problems. Babies born early often don’t get all the nutrients they need from breast milk alone as it provides less protein, fat and carbohydrates than they would get through the placenta if they were still in the womb.

“When we have a very premature baby, nutrition (from breast milk) is not enough so it has to be fortified,” said Isabel Correa, founder and CEO of a company called PREEMIE based in London, UK.

Currently, preterm infants are often given breast milk with standard fortification in hospital neonatal units. Doctors typically give babies urine tests to gauge if the supplementation is suitable. But since it isn’t tailored to individual needs or to the specific human milk used, there is a risk of under- or over-fortifying or the milk, which could have side effects including renal failure or predisposing the child for obesity.

Correa and her colleagues are developing a system to test the nutritional content of the mother’s milk in a few seconds and calculate the fortification required based on a baby’s needs. It can measure how much protein, fat, lactose and oligosaccharides—complex sugars—are found in breast milk—as well as freshness, or the age of the milk in days.

“We are working towards enabling neonatal ICU (intensive care unit) professionals to perform a quick and reliable analysis of a small amount of breast milk, thus providing better individualised fortification for preterm babies,” said Professor Enrico Bertino, a professor and director of the Neonatal Care Unit at the University of Turin in Italy, who is involved with a study of the Preemie device.

The goal is to develop an instrument that can be used in hospitals as well as in human milk banks. In Europe, women can donate excess breast milk to these services. The milk is given to babies or preemies whose mothers cannot breastfeed. But there is currently no cheap and easy way to test the milk they receive. “We offer a fast way to test human milk received in a milk bank for spoilage and freshness as well as nutritional value,” said Correa.

So far, the team has a working prototype that uses Bluetooth to connect to a dedicated app on a smartphone or tablet. Two drops of breast milk are placed in a tiny container and inserted into the device where it is scanned by a sensor and analysed using artificial intelligence. The milk’s nutritional content and freshness is displayed, then, using information about a baby such as its weight, fortification is recommended based on European guidelines. This can be tweaked by a doctor if necessary, says Correa.

Professor Bertino and his colleagues have started trials to validate the prototype in order to get medical certification. They recently started collecting milk from a milk bank and from preemie mothers at Sant’Anna Hospital in Turin with the goal of obtaining at least 350 samples. Tests will validate how the system and sensor assess the content of different nutrients.

Correa and her colleagues are now working on commercialising the device as part of a project, also called Preemie. Once it is medically certified, which should be next year, the team hopes it will start being used in hospital neonatal units across Europe. Eventually, they hope to make it available worldwide, where it could be used outside of hospitals too. “Down the line, we could be in a situation where the mothers (with the advice of doctors) could actually do the fortification at home,” said Correa. 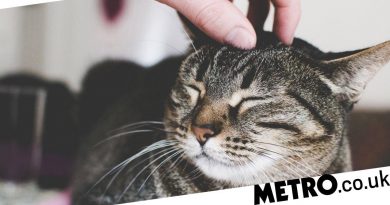 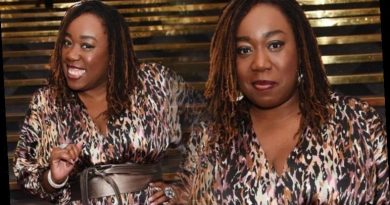 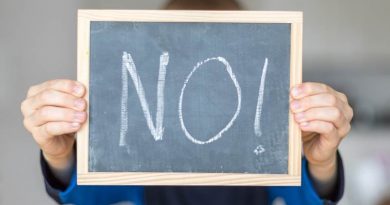 Can you handle rejection? 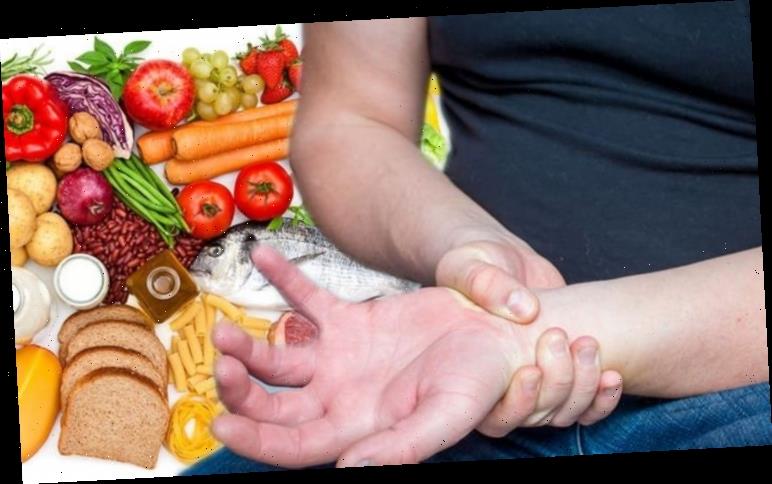