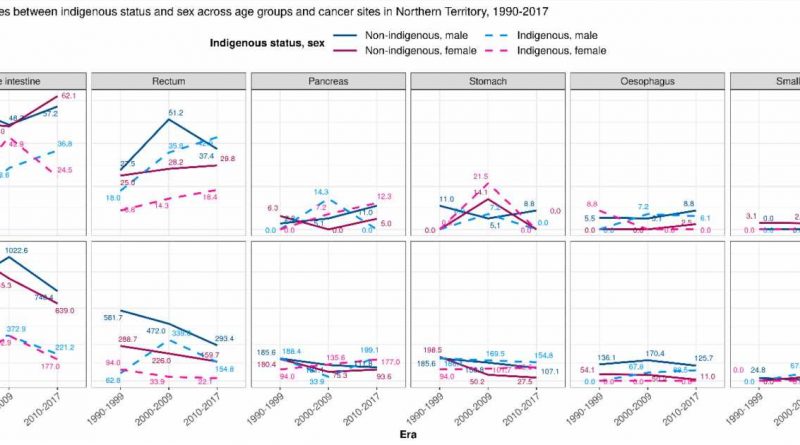 Survival rates for gastrointestinal (GI) cancer among Northern Territorians have improved in the past 30 years but Aboriginal and Torres Strait Islander peoples living in the Territory still have worse survival outcomes, a new analysis has found.

“There is a need to enhance preventative strategies, as well as to improve the delivery of cancer care and its uptake amongst Indigenous peoples.”

The study, published in the journal Cancers, reviewed data from the Australian Northern Territory’s Cancer Registry between 1990 and 2017, looking at adenocarcinomas of the esophagus, stomach, small intestine, colon, rectum and pancreas, which are collectively known as GI cancers.

A total of 1,608 cases of GI cancers were recorded during this period, with the overall rate among people aged 18–50 years remaining unchanged, although there appeared to be a slight trend towards an increase.

For those aged over 50, cancer rates decreased over the 30-year period. Overall survival rates also improved across all age groups, when compared to 1990–1999 figures, driven solely by an improvement in colon cancer survival.

“Our recent analysis showed that the incidence rates for young-onset GI adenocarcinomas are similar in the NT compared to South Australia,” says Associate Professor Barreto.

“Unlike in South Australia, where there was a significant difference in incidence and survival amongst young-onset patients by sex, the overall incidence rates and survival rates for GI adenocarcinomas were not different between sexes in the NT.”

While the rates of cancer were significantly lower among Indigenous people (who make up 31% of NT’s population) compared to non-Indigenous patients, driven by comparatively lower rates of colon cancer, the study showed the former had a significantly worse overall survival.

Alongside increasing rates of young-onset GI cancers seen in the South Australian data, the authors say the NT analysis demonstrates a need to understand these trends and work towards improved outcomes.

“As young-onset colorectal cancer is being more commonly diagnosed in patients without a family history, it is unlikely that reducing the age of screening based on family history will improve survival rates,” says co-author Professor Claire Roberts, a Matthew Flinders Fellow at Flinders University.

“The NT records the highest percentage of both daily smokers and alcohol consumers who exceed the recommended number of daily standard drinks, compared to the rest of Australia,” say the authors. 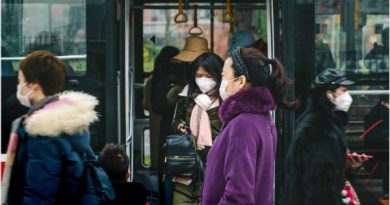 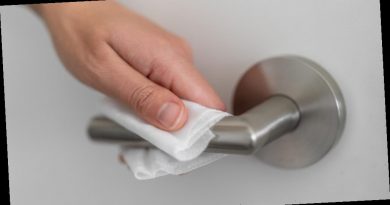 The CDC just updated its stance on how coronavirus spreads 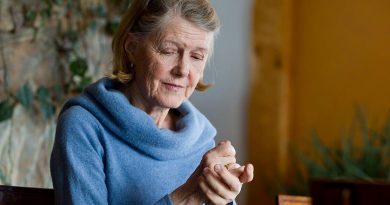