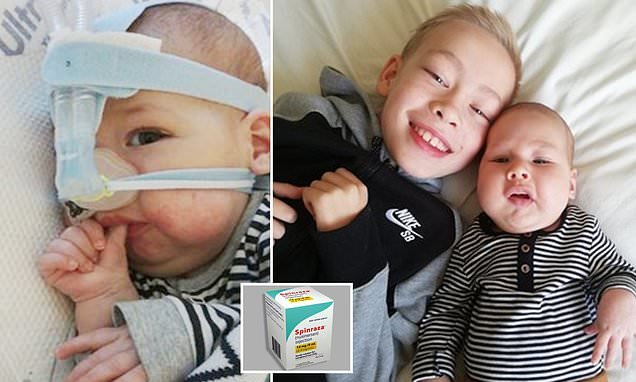 Boy, six months, whose rare genetic condition leaves him unable to breathe has just MONTHS to live because the NHS can’t agree a price for a ‘miracle drug’ that costs £450,000

A six-month-old boy with a devastating genetic condition has been given just three months to live unless the NHS funds a ‘miracle drug’ that could save his life.

Since being diagnosed on Valentine’s Day, Haris wears an oxygen mask and has not left the intensive care unit at Royal Manchester Children’s Hospital.

The NHS funded a life-saving SMA treatment called Spinraza up until last November.

However, the National Institute for Health and Care Excellence (NICE) stopped recommending the drug on NHS England last summer.

The body claimed its cost of £450,000 per patient per year is ‘too high for it to be considered a cost-effective use of resources’. 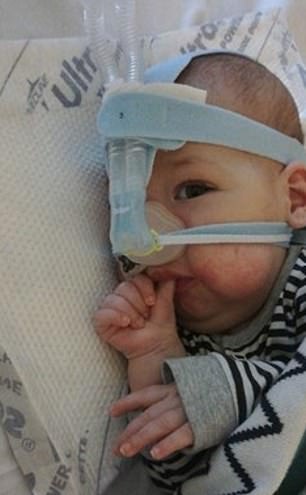 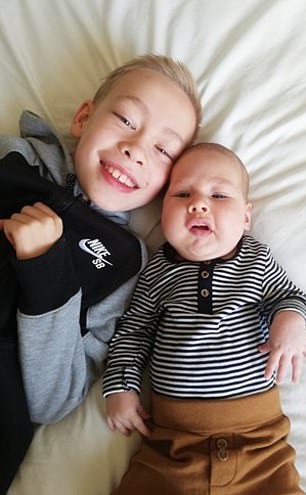 Haris Khan suffers from the genetic condition type 1 Spinal Muscular Atrophy (SMA), which makes muscles weak, leaving sufferers unable to move, swallow or even breathe. He is pictured left wearing a breathing mask in intensive care at Royal Manchester Children’s Hospital and right with his stepbrother Marijus who will ‘do anything to save his baby brother’ 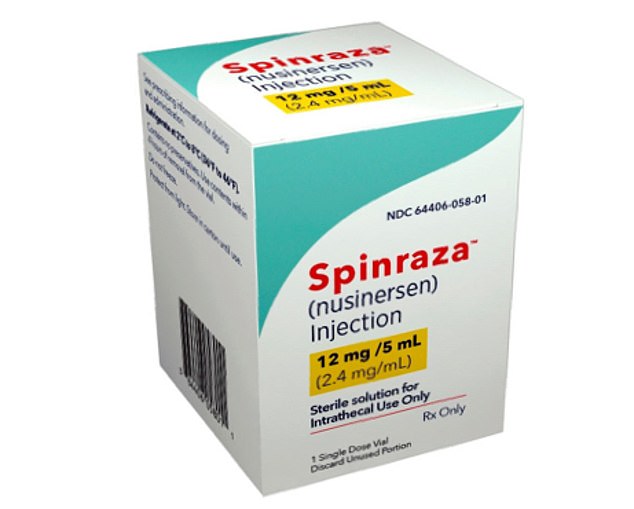 Spinraza (pictured) targets the faulty SMA gene and essentially fixes it. This enables the body to read DNA differently and produce more of the proteins needed to build healthy nerve cells

Speaking at his son’s bedside, Haris’ father Shakeel Khan, 31, tearfully said: ‘This is England, it’s not a third world country.

‘My family are from Pakistan. I’m born here, my dad had cancer removed the day Haris was rushed to hospital but we can’t help a little kid who’s six months old with a genetic illness?

‘Only a 100 babies a year maximum need that treatment. We, as a country, are losing a 100 babies because we don’t think it’s justified to save them.’

SMA affects around one in every 10,000 babies worldwide, according to SMA Support UK.

The first British girl to receive Spinraza – Annabelle Rose Thomas – was then able to come off breathing support, swallow food and has even ridden a horse.

It also offered an undisclosed discount to the NHS, but it was still not enough. The two are still locked in talks.

All seemed well when Haris was born last August, with staff at Wythenshawe Hospital describing him as a ‘happy, smiley, friendly’ baby.

But when a health visitor came for an eight-week check-up last Ocotber, she noticed Haris could not move his head properly.

‘He had no head control at all, it’s known as floppy baby syndrome,’ Mr Khan said. ‘Everything was floppy – arms, hands and legs.’

Spinal Muscular Atrophy (SMA) is a disease that weakens one’s physical strength by affecting the motor nerve cells in the spinal cord.

Those affected never gain or lose the ability to walk, eat, or breathe.

SMA is the number one genetic cause of death for infants.

SMA is genetic and passed from parent to child.

There are four primary types of SMA—I, II, III, and IV—based on age of onset and highest physical milestone achieved.

The health visitor requested an ‘urgent’ appointment, however, Haris was not seen until December 27.

He was then diagnosed with hypotonia – decreased muscle tone – and recommended physio once a week.

The family believed he was progressing, until, at the end of January, Haris suddenly became very ill with a cough and a cold.

After several visits to their GP, his parents rang 999.

Haris was rushed to Wythenshawe Hospital, where his condition rapidly deteriorated and his respiratory system collapsed.

He was intubated, with the family going back and forth between Alder Hey in Liverpool and Manchester due to a lack of beds.

After a week at Royal Manchester Children’s Hospital, they thought Haris was improving.

He was even due to have his intubation tubes removed.

But following further tests, the family were given the devastating diagnosis.

‘I walk into [the] room and something tells me something’s not right.

‘The week before the result, I’d been talking to the nurses saying “I can accept any result, because I already thought I’d lost Haris”.

‘They start saying your son has spinal muscular atrophy. I thought “that makes sense because he can’t hold up his head”.

‘Then they said “I’m sorry, there’s absolutely no treatment and your son has three months to live”.

As if the situation could not get any worse, the family were then told treatment is available in Scotland but not England.

‘We would relocate in a heartbeat if it meant we could save Haris,’ Mr Khan said.

‘We said to [Haris’s stepbrother] Marijus, we might move and he said he would go anywhere in the world if he can save his one little, baby brother.’

But the family have been told NHS Scotland will not accept patients who have simply relocated and the treatment is only available for genuine residents. 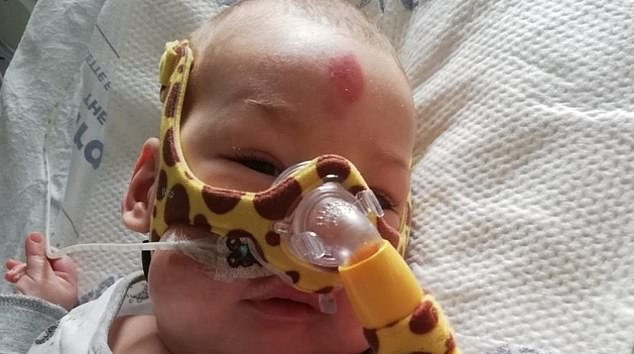 Doctors warn Haris has just months to live and will definitely not see his first birthday without treatment. The NHS funded a life-saving SMA treatment called Spinraza up until last November. However, NICE stopped recommending the drug on NHS England last summer, claiming its cost is ‘too high for it to be considered a cost-effective use of resources’ 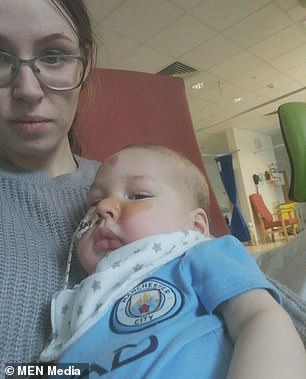 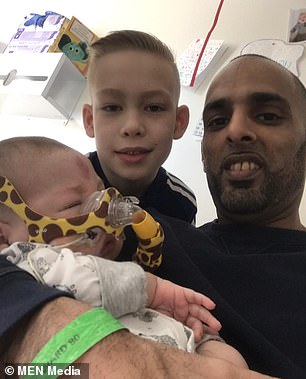 Haris’ mother Renata (pictured left together) thought everything was fine until a health visitor noticed he was not moving his head properly at a few months old. His father Shakeel (pictured left with Haris and Marijus) claims he ‘cannot give up on his son’ who is ‘fighting hard’ to live

On March 6, Haris’ family will be staging a peaceful demonstration outside the headquarters of NICE in Manchester ahead of a crucial meeting.

NICE is expected to announce a decision on whether to start funding Spinraza on the NHS in England again.

‘Babies like Haris are being used as a bartering tool,’ his father said.

‘March 6 in Manchester is going to be such a big day for SMA-suffering families, because if this drug is not approved, God only knows what we’re going to do for Haris.’

Mr Khan and his wife Renata, 26, are not working while they focus on helping Haris get the treatment he needs.

‘Who needs money without a family?,’ he said. ‘Any money in the world is nothing if you don’t have a family to enjoy.

‘The best I can do is to save my son or keep [him] with us for as long as possible.

Despite all they have endured, Haris’ parents are determined to stay positive.

‘I’m speaking to people who’ve been treating their children for the last three or four years and got them to five-years-old with love and dedication.

‘These people give me strength and inspiration that my Haris can do that as well.

‘The world miracle is in our vocabulary for a reason – yes it’s very rarely used, but it does exist. This is what we’re clinging on to.

‘When I see him eating, and hugging and smiling. I think “I can’t give up on you”, otherwise I’m not a responsible parent.’

But despite Mr Khan’s optimism, Haris’ specialist neurologist, who diagnosed him, is ‘adamant’ the youngster will not make his first birthday.

Due to the parents being carriers of the gene for SMA, there is a strong chance any other children they have could also have the condition. 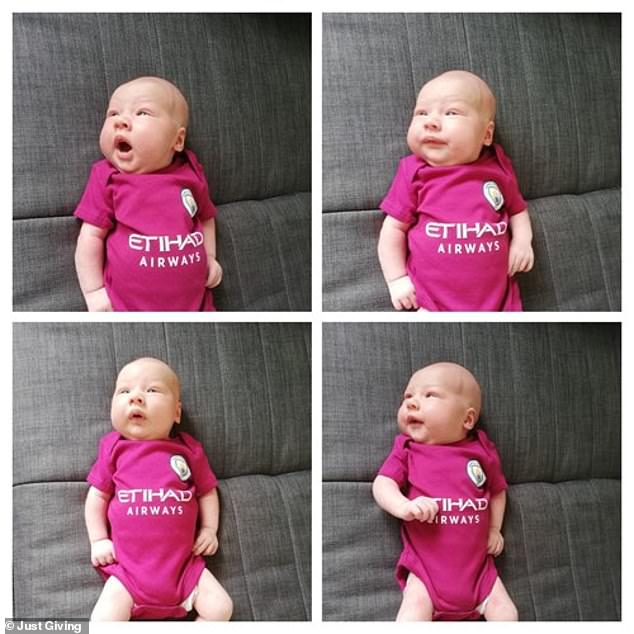 Pictured as a newborn, Haris’ father noticed he had no ‘no head control at all’ and ‘floppy’ limbs 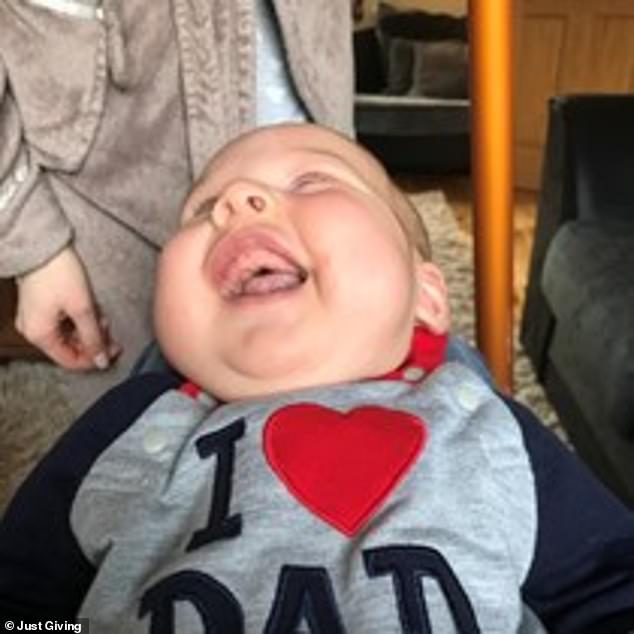 They have therefore decided not to have anymore.

Whatever the outcome on March 6, Haris’ parents do not want other families to go through the same ordeal.

‘We might only have my Haris for a few months, so I’ve got to create a legacy for him,’ Mr Khan said. ‘The NHS don’t screen for SMA at birth.

‘Had they screened him in August when he was born, the treatment was available until November on the Early Access Programme.

‘Eighty infants are on that – Haris would have been 81. That’s one thing we’re calling for.’

Haris is the youngest child with SMA to feature on a leaflet being handed out to all MPs this week by the charity Muscular Dystrophy UK.

‘Every SMA parent is waking up thinking ‘is this our son’s last day?,’ Mr Khan said.

‘Until a few weeks ago I thought SMA was a type of baby milk – now I understand what it is.

‘Haris hasn’t got a voice, that’s why we have to speak up for him. The community is helping us, don’t get me wrong – but the people that we need the help from is the NHS.’

A spokesperson for NHS England added: ‘We understand how difficult and frustrating it is for families waiting for decisions to be taken on the funding of new treatments.

‘Which is why the company must price this drug responsibly and at a level which is both cost effective and affordable to the NHS.

‘It is disappointing that Biogen chose to close the Early Access Programme for new patients with Spinal Muscular Atrophy Type 1 before the NICE assessment process had been completed.’ 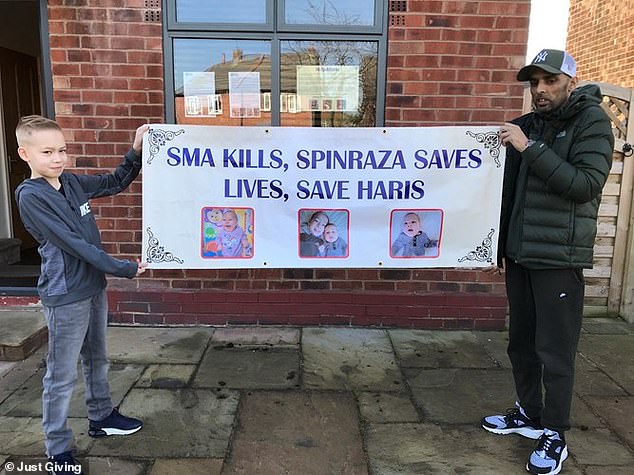 BROTHER AND SISTER REGAIN THEIR STRENGTH WITH SPINRAZA

Ruby Sun, age six, and her brother Landon, three, have spinal muscular atrophy (SMA), which kills more infants than any other genetic disorder.

But since the pair, from Milwaukee, Wisconsin, began getting treatments of Spinraza, in July, Ruby and Landon have already begun to make remarkable progress.

Ruby and Landon will have to have Spinraza injections for the rest of their lives, but a gene therapy in clinical trials could stop the disease in its tracks with just one shot. 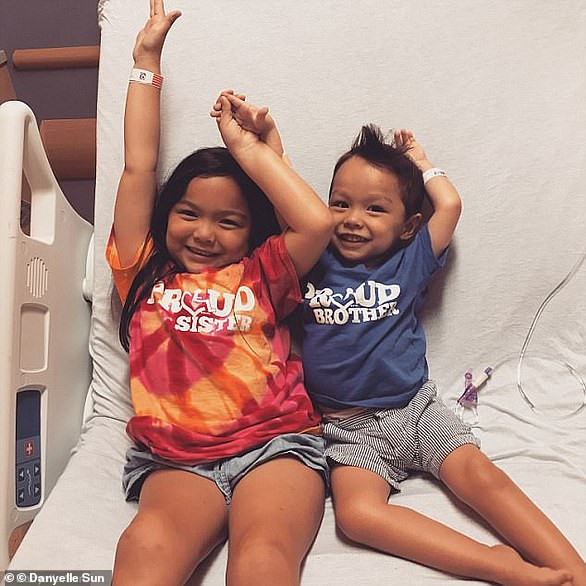 Ruby Sun, age six (left) and her three-year-old brother, Landon (right) both have spinal muscular atrophy, a genetic disease that kills more infants than any other and has weakened Ruby and Landon so drastically that they could not walk. But, since they started a new treatment in July the children have made astounding progress

Ruby was just over a year old and had just started walking when she began to fall over very often and became weaker. By the time she was diagnosed with spinal muscular atrophy she couldn’t stand up.

For years she has relied on a wheelchair to get around, but since being given Spinraza she has regained the ability to crawl on her knees, gets less tired, and can walk in a swimming pool.

And her brother, Landon, who had to be surround by pillows when he was sitting up in case he fell over, is now sitting up without falling, has much better torso control, can reach for things, and has started kneeling again, their mother Danyelle says.

‘They’re very proud,’ Ms Sun said. ‘We joke around the house, whenever they do something really impressive, or exciting, they’ll say “hashtag Spinraza goals!”’ 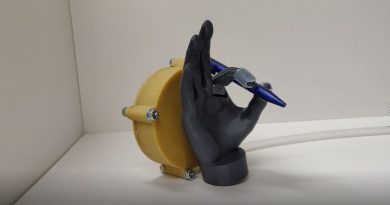 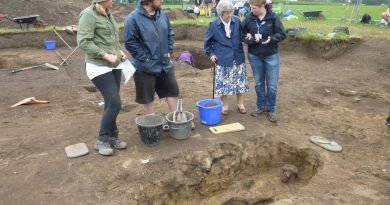 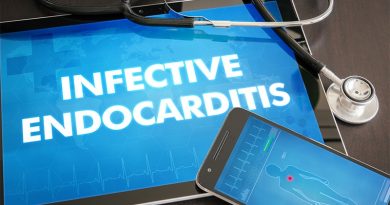