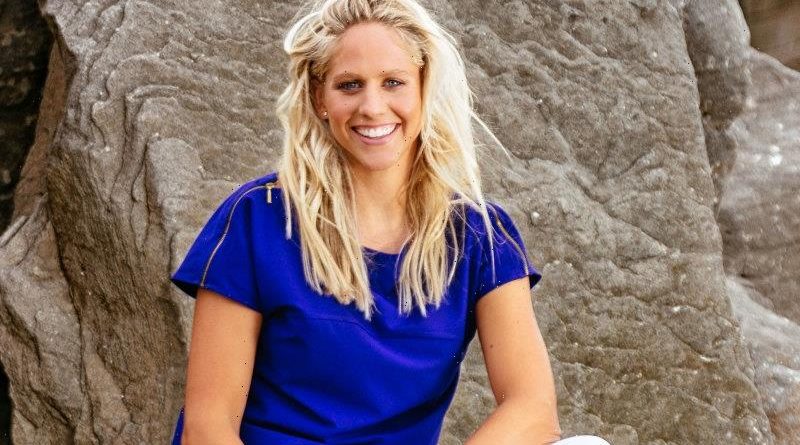 When I was 11 years old I realised all of my friends knew how to swim and I didn’t. Fuelled by embarrassment, I asked my mum for swimming lessons. Today I’m 36 and set to become the first person in the world to cross the English Channel 44 times, setting a new world record for number of times crossed.

Last Thursday, I completed my 43rd crossing to meet the current world record. The 44th swim will begin on Wednesday morning. I’ve worked most of my life towards this; and I’m feeling excited, determined and proud to represent Australia. 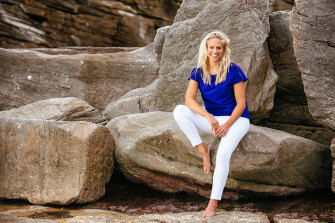 Chloë McCardel is set to become the first person in the world to cross the English Channel 44 times.Credit:Daniel Kukec

I was a pretty average kid at most things, but always wanted to be really good at something. As a teenager, I worked hard to become a successful junior elite pool swimmer yet was never good enough to make the Olympics.

But, I had a superpower. My mind. At 19, I believed I could be the best in the world at a sport and I was determined, resourceful and proactive. I had my setbacks – I would be kicked out of home a year later. As the youngest of four children, with ages spread over three decades, my parents were ready for the next chapter of their lives. I lived in poverty for the next three years while studying at university, training as an elite athlete and working to support myself.

A few years later in 2009 I started swimming the English Channel – a 34-kilometre gruelling trip from Dover in the UK to Cape Gris Nez in France. It’s the swim all the best marathon swimmers in history go on to prove themselves amongst the best and against mother nature. I did well and, to prove myself as the best, I would have to complete this trip many times over.

In 2015 I finally achieved a triple non-stop crossing of the English Channel. In other words, 102 kilometres of swimming in the coldest water, in one of the busiest shipping and ferry straits in the world where tides can run up to 11 kilometres an hour at 90 degrees against an ideal swim course.

This was my third attempt at a triple crossing in five years. At that point, no-one had been able to achieve a triple crossing of the Channel in 25 years. In the Channel it is black or white; you either succeed or fail. Over the years, and the many crossings before 2015, I experienced a rollercoaster of extreme highs and lows during and after successful and unsuccessful swims.

On August 8, under the gaze of the White Cliffs of Dover, I hobbled down the pebbly beach and I got into the water in England. After fighting tough washing machine choppy conditions and a nasty tide during my first crossing, with little energy, I cleared the water-line and got straight back in as per the rules. I headed back to England… with lap one done in 11hrs 34min.

When I got back to England the pitch black of night cloaked me, I could just see my support boat but not the tankers, cargo ships, and ferries. Then, after midnight, close to finishing my second lap I started to get very cold. Hypothermia was setting in. I pushed through, turned again and headed back to France. By now 22hrs 42min had elapsed.

By then the cold was horrific and every cell, every fibre of my being shouted at me to get out of the water. The cold was deep inside of me with my core temperature dropping dangerously low… It was at this point my body knew it was dying.

I had felt this feeling before on my first attempt at a triple crossing in 2011. I ended up in intensive care in England where the doctor told my crew if they had left me in the water 30 minutes longer I would have been dead. Unfortunately, several Channel swimmers have not been so lucky.

I knew the only way to successfully finish this triple crossing was to override my body’s natural survival mechanism to live and that’s what I did for the last 10 hours of that swim. For the next 36,000 arm strokes I used every trick in my tool kit to override pain, hallucinations, monotony, severe hypothermia and survival instincts to keep swimming.

After 130,000 arm strokes and fighting deadly hypothermia I reached the shallows of a secluded French beach. I struggled to stand up, I kept stumbling forward and with a great sense of relief I finally cleared the waterline at Wissant Beach, France. I made it!

I learned so much about myself after that swim, including the power of ice cream. Really! The secret to achieving the triple crossing was to eat more ice cream as it put a protective layer of fat around my internal organs to delay the onset of hypothermia. That’s also how I avoided intensive care that year.

Right now, I’m excited to break the World Record, and I’m fuelled by the hope I can inspire others too. It has been an incredible journey – one with determination, setbacks and some incredible support. I have worked so hard to get here and I can’t wait to get in that water and bring the World Record home to Australia.

Make the most of your health, relationships, fitness and nutrition with our Live Well newsletter. Get it in your inbox every Monday.

Most Viewed in Lifestyle

Why COVID-19 Cases, Hospitalizations Are Spiking in California 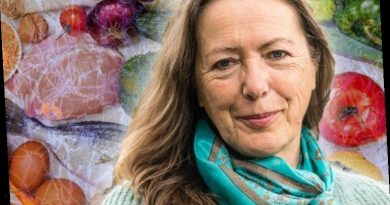 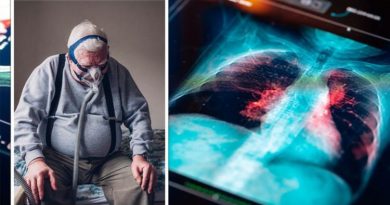 Lung cancer symptoms: 4 signs you should be aware of