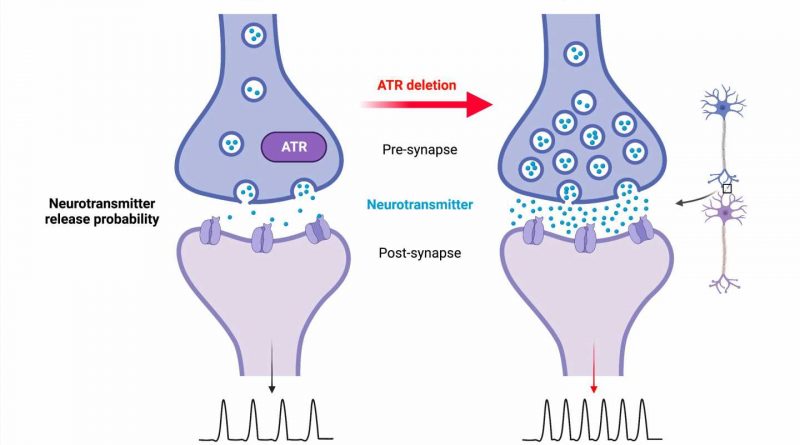 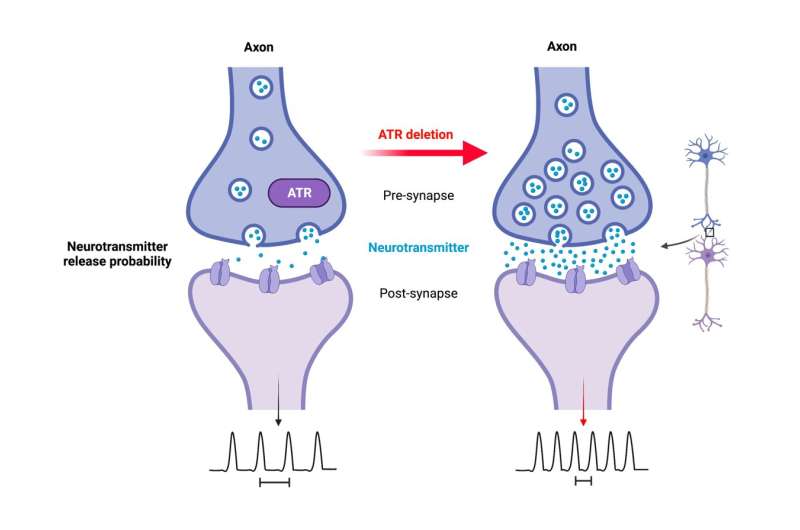 The ATR protein plays an important role in the response to replication stress as a regulator of the DNA damage response (DDR) and controls cell viability. Mutations of ATR in humans lead to, among other pathologies, neurological defects; indicating a yet unknown role for ATR in non-dividing cells. Researchers from the Leibniz Institute on Aging—Fritz Lipmann Institute (FLI) in Jena and the Section of Neuroimmunology of Jena University Hospital have shown that ATR deletion in neurons does not affect brain development and formation, but amplifies neuronal activity and increases susceptibility to epilepsy. This study identifies a physiological function of ATR, beyond its DDR role, in regulating neuronal activity.

The genome comprises all the genetic information present in a cell, and in humans, is stored in the form of DNA on the chromosomes in the cell nucleus. The genome is continuously exposed to external and internal factors, such as environmental toxins, radiation, and reactive oxygen species, which all can lead to DNA damage. The resulting damage to the DNA double helix poses a major threat to the organism. Therefore, cells are equipped with sensitive yet robust DNA damage response (DDR) machineries that include not only direct repair of the damage, but also signaling pathways that control cell survival and thus protect the integrity of the genome.

The ATR protein (Ataxia Telangiectasia and Rad3 related) is a master regulator that controls DNA damage signaling and DNA repair in response to replication stress during DNA synthesis, and stops the cell cycle when needed. This means that cells or tissues with a high replication capacity cannot tolerate the loss of ATR, as ATR is dealing with replication stress. Therefore, complete loss of ATR is lethal to the cells and organisms. In contrast, hypomorphic mutations in ATR (partial loss of gene function) cause Seckel syndrome, a chromosome instability disorder, in humans. Patients suffering from this syndrome are characterized by dwarfism, developmental delay, microcephaly, and mental retardation. Often also associated with a senile, progeroid appearance with premature aging symptoms, suggesting an as yet unknown role of ATR. To date, however, it is not known how mutations in ATR, which usually deal with replication stress, can regulate the neuronal functionality of postmitotic neurons (non-dividing cells) and explain neurological symptoms such as microcephaly, learning deficits, and intellectual disability.

Using genetically engineered mouse models, researchers led by Prof. Zhao-Qi Wang, head of the Genomic Stability research group at the Leibniz Institute on Aging—Fritz Lipmann Institute (FLI) in Jena, in collaboration with Prof. Christian Geis, Section of Neuroimmunology, from Jena University Hospital, investigated the impact of ATR loss on brain formation and neuron functionality. “If ATR was absent in the embryonic neural progenitor or other proliferating cells, the animals showed severe neurodevelopmental defects and died shortly after birth,” says Dr. Murat Kirtay, who performed the analyses during his doctoral thesis. In contrast, the mouse strains, if ATR is missing in the postmitotic neurons, had a normal life expectancy.

“Our study demonstrates that when ATR is removed from non-dividing cells, neuron viability is unaffected and dispensable for mouse brain formation and structure,” says Dr. Kirtay, first author of the study published in Nature Communications. That is, if the cells are spared replication stress, abrogation of the ATR-DDR axis through loss of ATR is neither toxic to postmitotic neurons nor critical for brain development.

However, ATR loss is closely associated with cerebellar defects, because despite apparently normal cerebellar structure and morphology, the mutant mice exhibited striking locomotor dysfunction. Compared with the control group, they had deficits in their learning ability and grasping power, as well as in motor coordination, which was particularly noticeable in old mice.

In addition, with age, loss of ATR in the neurons led to sporadic nonfatal epileptic seizures, possibly triggered by external stimuli such as handling and cage changes. “Since epilepsy is associated with aberrant synaptic transmission and neuronal activity, this sensitivity to epileptic seizures strongly suggests that the altered neuronal activity in the mutant mice, which progresses with aging, makes the neurons more vulnerable to stress or environmental stimuli,” Prof. Zhao-Qi Wang says. ATR loss in neurons leads to hyper-excitability and increases seizure susceptibility. “Although ATR is known to be an essential DDR regulator, our study revealed a previously unknown important and physiological function of ATR in neuronal activity,” Prof. Wang added.

“Despite normal cerebellar and forebrain morphology, neurons lacking ATR were defective in synaptic function. Electrophysiological analysis of the mouse models showed increased intrinsic neuronal activity of the neurons, so we conclude that ATR has a general physiological role in neuronal activity and synaptic function,” explained Prof. Geis. ATR loss does not induce DNA damage or activate DDR signaling in neurons, meaning that the observed synaptic defects are independent of DDR signaling. The study thus provides insights into causative mechanisms underlying the neurological symptoms of Seckel syndrome, which may provide new strategies for diagnosis and treatment of the multiple pathological symptoms. 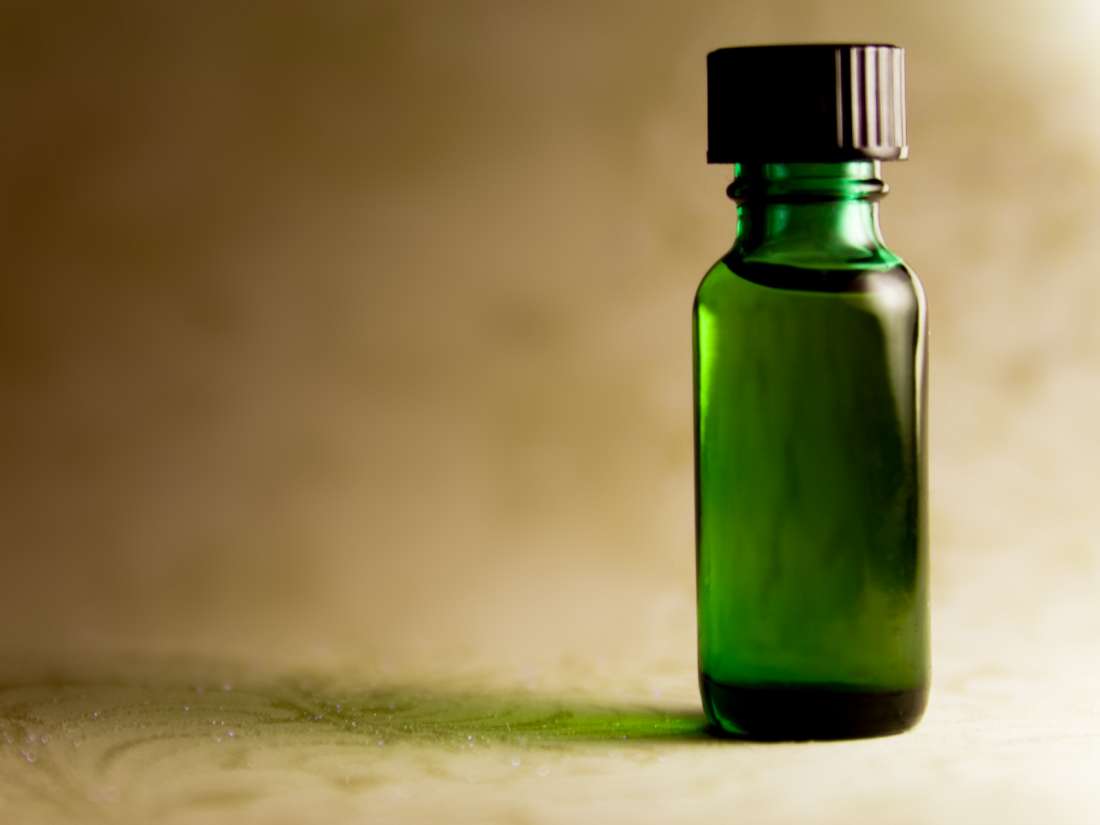 Tamanu oil for psoriasis: Does it work? 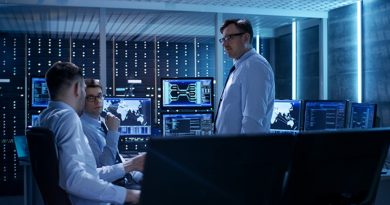 Telehealth, vaccines will be big cybersecurity challenges in 2021, experts predict 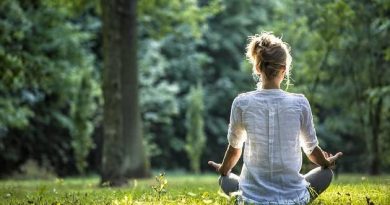