Home » Health News » In defence of thongs … and science 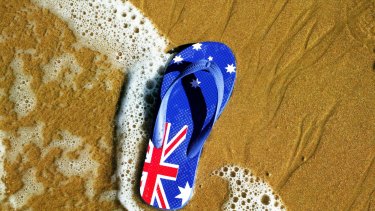 Thongs are a trivial challenge for the body because, unlike a machine, the human body can adapt to accommodate a wide range of postures and movements. Over time, bones, muscles and joints that are loaded become stronger. Portraying the body as fragile is not only incorrect, this could potentially scare some people away from physical activity. And this would be a shame as the human body thrives on physical activity.

When joints are damaged by disease or injury people may look to surgery to fix the problem. But trials that have compared surgery to placebo (pretend surgery) or appropriate non-surgical measures (like exercise) have challenged that way of thinking. We now know that some forms of knee, hip, shoulder and back surgery provide the same outcomes as placebo surgery or non-surgical treatments. How can that be? One potential explanation is the dynamic nature of the human body. The body can heal damaged muscles, ligaments and discs and because there is some redundancy built into the system, undamaged tissues can step up to cover the functions of the damaged tissues. The natural history (what will happen over time, without treatment) of many painful conditions is that they will improve. Subjecting patients to surgery before that has a chance to happen can make surgery look good, even when it does nothing.

So what does the science really say about thongs? Our literature search found not a single study that has linked wearing thongs to damaged joints, tendons or ligaments in the feet or legs. In fact, thongs have even been shown to put less not more strain on the knees compared with more supportive footwear in people with arthritis in their knees. The myth that thongs damage joints to the point of needing surgery joins a long list of other myths such as “the weather makes aches and pains worse”, “kids should not wear backpacks more than 10 per cent of their body weight”, and “you should not exercise if you have arthritis”.

It is important to challenge the veracity of claims such as these. When such claims appear, readers should apply a critical filter of "trustworthiness". For a start, do the claims emanate from a creditable source? Are the claims backed up by verifiable high quality scientific evidence? Could there be vested interests? And importantly, what is the balance of potential benefits to harms?

Professor Rachelle Buchbinder is a rheumatologist and clinical epidemiologist at Cabrini Institute and Monash University. Co-authored with Professors Chris Maher and Ian Harris.