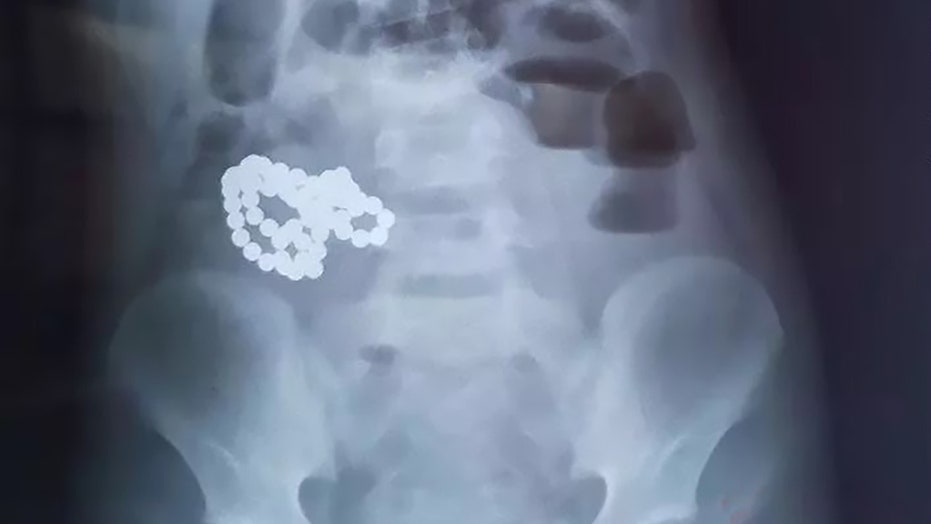 A 6-year-old boy in China landed in the hospital after he swallowed more than 60 magnetic balls while his parents weren’t looking. The boy, who was not named by news outlet AsiaWire, had reportedly been experiencing intense stomach pains before he was taken to the hospital.

After ingesting the balls, the child didn’t experience any adverse effects until about six hours before he was admitted to the hospital,” Dr. Xu Bo, who treated the boy at the hospital located in China’s Heilongjiang Province, told AsiaWire. “In scans we found a cluster of high-density shadows. It looked like a necklace. I asked whether he had ever swallowed magnetic balls, and he said yes.” 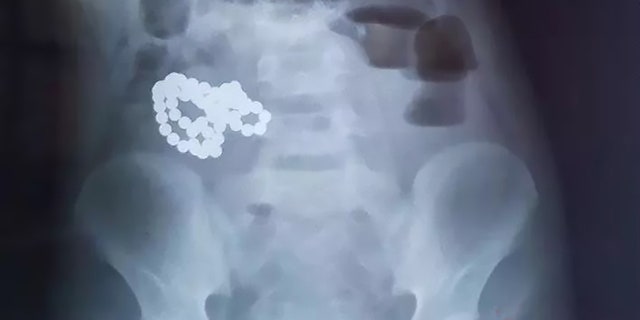 The magnetic balls had stuck together in the boy’s stomach to form what appeared to be a necklace.
(AsiaWire)

Bo told the news outlet that the boy’s mother had purchased her son a kit with 64 magnetic balls to play with, 61 of which were later pulled from his stomach in a three-hour operation.

Although he is reported to be in stable condition, Bo reportedly told the news outlet that they had to remove sections of his small intestine and appendix, and that the balls could’ve caused life-threatening damage.

“Had he not been treated in time, these magnetic beads could’ve ruptured his intestine, causing necrosis and shock, putting his life in real danger,” Bo told AsiaWire.

Medical professionals and health officials have long warned against purchasing magnetic balls or toys with button batteries for young children, as the consequences of swallowing these objects can be dire, or possibly even fatal. 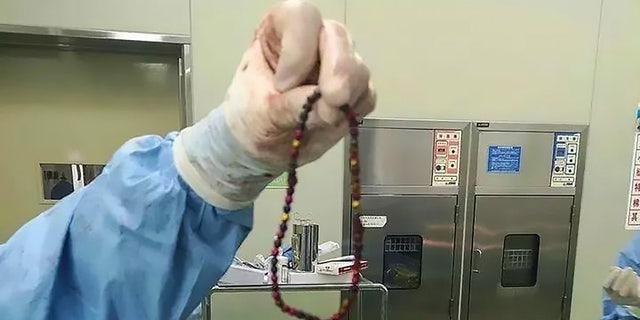 He later confessed to swallowing the magnetic balls while his parents weren’t watching.
(AsiaWire)

The U.S. Consumer Product Safety Commission (CPSC) standards for children products and toys was adjusted in 2008 to ensure that magnets will not fall out or become unattached from children’s products.

Parents are advised to keep such products out of reach of children, and to closely monitor loose magnets or magnetic products and contact a pediatrician immediately if they suspect a magnet has been swallowed or inhaled.